Jack R. Censer with the assistance of William Miller 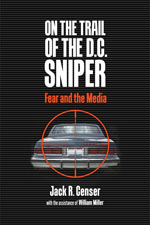 For a month in the fall of 2002, a series of sniper attacks suddenly dominated the headlines in the nation’s capital. Beginning in the Washington suburbs, these crimes eventually stretched over one hundred miles along I-95 to Richmond. More than a thousand law officers would pursue the perpetrators—an enormous number for one case. The number of reporters covering the story, however, was even greater. On the Trail of the D.C. Sniper uses the remarkable events of that October to explore the shifting character of journalism as it entered the twenty-first century and to question how this change in the way news is gathered and reported impacted the events it covered.

Because of its political significance, Washington, D.C., although not a huge population center, is home to an international news corps rivaling that of London or New York. The sniper story thus gained unusually broad media coverage. These events also coincided with the rise of cable network news, meaning that the story would be delivered through a greatly accelerated news cycle. Continuous coverage on television meant a more intense race for scoops; when a major development wasn’t available, lesser incidents were sometimes played up in an attempt to maintain the sense of an always unfolding story. 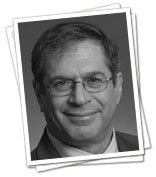 Jack Censer looks at the atmosphere of heightened anxiety in which this killing spree occurred—coming only a year after the 9/11 attacks, as well as the unsolved anthrax scare centered in the D.C. area—and asks if the press, by intensifying its focus, also intensified the sense of fear.

To bring in another perspective, Censer looks closely at the elementary and secondary schools in the area, comparing their experience of the threat with the press’s perception, and presentation, of it. In most cases, school officials chose a course of precaution in which life could carry on, rather than one of hypervigilance and lockdowns.

Although it is widely thought that journalists have strong political and commercial biases, Censer reveals that in this case the press was motivated, above all, by the creation of a gripping story to evoke emotion from its audience. One of the most detailed studies yet published of how the press follows a story in the twenty-four-hour news era, this book provides a window on post-9/11 anxiety and the relationship between those fears, public events, and the news media.

Jack R. Censer is Dean of the College of Humanities and Social Sciences at George Mason University. He is the coauthor, with Lynn Hunt, of Liberty, Equality, Fraternity: Exploring the French Revolution. 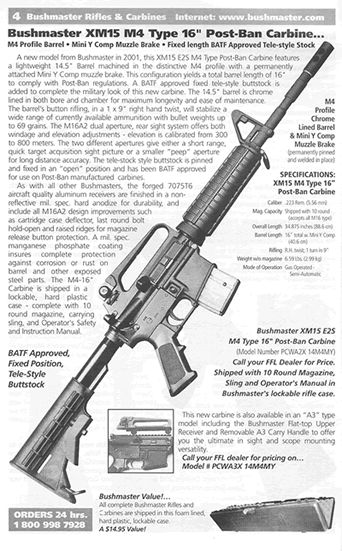 During the 2002 D.C. sniper incident, journalists, who considerably outnumbered the police serving on the task force to catch the perps, were motivated both by the opportunity to get a good story and by personal fear of getting shot. The Washington Post’s Jamie Stockwell proudly secured the details of a note left by the sniper and wondered if she and her compatriots provided a good target for the snipers. Likewise, experienced investigative reporter Serge Kovaleski, then of the Washington Post and now of the New York Times, stopped walking to work, even as he assiduously continued to gather news on the subject.

The world within this caldron is discussed in On the Trail of the D.C. Sniper: Fear and the Media (University of Virginia Press, 2010), which emphasizes, as the title announces, fear in the coverage of the October 2002 sniper rampage. Discussed more thoroughly in a previous op-ed written with Jerry Prout, the book’s main thrust explains the various ways that the media developed this view. Of course, any reasonable person was somewhat scared; the book shows that the level of fear commonly bordered on pandemonium. This account, with its specific incidents, complicated topography, and exceptions, is the first to examine systematically print, radio, and television in both scheduled and continuous coverage. The book’s contribution lies in its focus on a particular period in press history, when twenty-four hour news on cable television was in full flower but the Internet had not yet developed significant rival content in the form of independent sites and blogs.

In addition to analyzing this new press, this book also charts some other new directions. Rather than evaluate press coverage from solely my own view, this study contrasts it with other contemporary opinion in order to give a fair comparison of the positions developed in the media. Mainly, the comparison comes from the view of the sniper created by the major school systems forming a ring around the District of Columbia. Although the schools did not directly create the public image of the sniper, their decisions, releases, and practices all unintentionally created an image. To continue functioning, the schools needed a vision, and theirs proved to be less frightening than that of the press. Using sources such as interviews, reports, e-mails, and dispatches, I found school systems were much more interested in coping than in fear.

This comparison, which does not prove one side right and the other wrong, allowed me to see that the fundamental circumstances had much to do with how the two groups imagined the sniper. The school district had to imagine the sniper because so little firm evidence was available. Indeed, for those who ran the schools, keeping students in the schools seemed the safest thing to do, so they not surprisingly intuited a less menacing sniper. The press, on the other hand, for a variety of reasons—market share, relevancy in the face of cable television news, personal confrontations with the effects of the sniper, and much more—emphasized fear. Thus, this comparison surely warns us that the press has structural reasons for emphasizing anxieties and worries. And this can be a problem, at least in some circumstances, because it encouraged fears that can lead to rapid and impaired decisions as well as problematic conclusions.

Such a comprehensive snapshot of the press produces still other advantages. To my knowledge, the book provides the only systematic analysis of continuous coverage, periods when television news launched reporting of the sniper that lasted a substantial time (defined as here at least two hours). Interestingly, the very logic of this kind of coverage produced fear. In announcing breaking news, the press sounded an alarm. And, except in the final case when the snipers were apparently apprehended, the coverage closed with even more fear as the perpetrators avoided detection.

Furthermore, this book scrutinizes the television opinion shows which, one might hypothesize, would be most likely to spread fear. This was, however, generally not the case. In fact, some like Chris Matthews on Hardball, evinced virtually no interest. In general, the opinion press also followed the lead of the rest of the media in asserting that the snipers were not political terrorists. Sean Hannity, the one journalist who suspected terrorism, actually dropped that tack after several of his own guests demurred. It remains unclear why the opinion press remained relatively loath to raise the decibel level. Perhaps the fact that so many opinion news shows are not based in Washington reduced anxiety on the subject.

In describing the printed press, I sampled the regional, national, and international printed press in an effort to understand not only the coverage by the press but also to contribute to the debate and discussion over nationalism and globalism. While I expected that different areas of the country would appropriate the story to meet their own concerns, the samples I used (from New York, Houston, Chicago, and San Francisco) did little more than occasionally point out matters consistent with the concerns of the paper. One theme somewhat developed was the way that this incident showed the need for greater gun control. But most reporting followed the line laid down by the local papers in the Washington region. This same lack of independence was even more evident in the international press from France, England, South Africa, and India that I surveyed. The likely explanation here is the reverse of that of the opinion shows: most journalists who covered this story, regardless of their home paper, did so through correspondents based in Washington. These results might underline the unconscious way that the temper of a region affects reporting.

Finally, interviews from dozens of journalists provide insight into their emphasis on fear. Essentially, reporters were little politicized in reporting the sniper, though they might be in covering other events. Seeing themselves as the watchdogs for the republic, they do not embrace the elevated term of “Fourth Estate.” They are aggressive pragmatists, out to get the best story. Ideally, print journalists’ goal is for the story to land above the fold on Page One. They seek leaks and assistance wherever they find it. In so doing, they believe they serve the public, not authorities, but they hold back by not publishing material that the police believed would place the public in danger. As such, this study emphasizes social and personal goals far more than political bias which has been the view emphasized in so much other work on the press.

On the Trail of the D.C. Sniper provides a kaleidoscope of information and insights as well as new empirical data that make fear filled reporting almost inevitable. Fitting this work into a broader chronology will be a good next step.