The Western media has embarked on a new wave of disinformation.  After having formally accused Libya for the 1988 Lockerbie bombings, Britain’s tabloids, more than 25 years later, are now pointing their finger at Iran.

According to Gordon Rayner writing in the Daily Telegraph (11 March 2014). “Evidence gathered for the aborted appeal against Abdelbaset al-Megrahi’s conviction points finger at Iran and Syrian-based terrorist group,

[S]ome of the investigators who sifted through the wreckage of the Boeing 747 and studied intelligence dating from the months before the [1988 Lockerbie] attack have never wavered in their belief that it was Iran, not Libya, that ordered it, and that a Syrian-based terrorist group executed it.

Now, following a three-year investigation by a team of documentary-makers working for Al Jazeera television, a new and compelling narrative has emerged, in which previously troublesome evidence suddenly fits together like the parts of a Swiss clock. […]

Robert Baer, a CIA agent who investigated the Lockerbie bombing, told Al Jazeera that the PFLP-GC [Popular Front for the Liberation of Palestine-General Command] and Iran quickly became the main suspects. He claims that six days after [Iran Air] Flight 655 was downed by the [U.S. Navy’s] USS Vincennes, at a meeting in Beirut representatives of the Iranian regime turned to Ahmed Jibril, a former Syrian officer and head of the PFLP-GC, and tasked him with bringing down five American jets. Jibril, who enjoyed the protection of the Syrian regime, had masterminded aircraft bombings in the past, and the [U.S. Defence Intelligence Agency] DIA was aware of his mission.

According to another cable obtained by [Libyan suspect Abdelbaset] Megrahi’s defence team: “The execution of the operation was contracted to Ahmed Jibril … money was given to Jibril upfront in Damascus for initial expenses – the mission was to blow up a Pan Am flight. [Lockerbie bombing: are these the men who really brought down Pan Am 103?] There is a problem with this new slur of media lies. It invalidates a 25 years consensus (based on police investigations and legal procedures) which accuses Colonel Gadaffi of having ordered the Lockerbie bombings, leading to the deaths of 270 people (See the Sun’s February 2011 report).

Lest we forget, the Lockerbie bombing was used not only to demonize Coronel Gadaffi but also to justify his assassination “on humanitarian grounds”.  Shortly before the commencement of NATO’s Libya 2011 bombing campaign , the Western media reaffirmed in chorus that “Evil Libyan dictator Colonel Gaddafi personally ordered the Lockerbie jet bombing”.

These accusations served to provide “legitimacy” to NATO’s humanitarian mandate, namely the waging of a protracted bombing campaign. According to Tom Newton Dunn, The Sun, 24 February 2011, Gaddafi had ordered Lockerbie bombing:

EVIL Libyan dictator Colonel Gaddafi personally ordered the Lockerbie jet bombing, a former top aide sensationally revealed yesterday. […]  Gaddafi’s ex-justice minister said he could prove the brutal tyrant was behind the deaths of 270 people when Pan Am Flight 103 blew up over the Scottish town on December 21 1988. Mustafa Abdel-Jalil, who recently quit as justice minister in protest at the regime’s violent crackdown on anti-government demos, said Gaddafi ordered Abdelbaset al-Megrahi to plant the bomb.

The recent tabloid “revelations” pertaining to Iran’s alleged role would suggest, however, that Gadaffi was innocent, yet at the same time the evidence against Iran remains speculative to say the least.

“… The officer, who was a member of the Association of Chief Police Officers Scotland, is supporting earlier claims by a former CIA agent that his bosses ‘wrote the script’ to incriminate Libya. …”

An important piece of the puzzle that England’s tabloids dare not mention is the testimony of  a former Scottish police chief who confirms that the CIA was involved and that the evidence against Gadaffi was faked.  On August 28 2006, The Scotsman published an article under the title:

[The article contends –based on the testimony of a former Scottish police chief— that “the CIA planted the tiny fragment of circuit board crucial in convicting a Libyan for the 1989 mass murder of 270 people”. According to the report, the fragment was later identified by the FBI’s Thomas Thurman as being part of a sophisticated timer device used to detonate explosives.]

The retired officer – of assistant chief constable rank or higher – has testified that the CIA planted the tiny fragment of circuit board crucial in convicting a Libyan for the 1989 mass murder of 270 people.

The police chief, whose identity has not yet been revealed, gave the statement to lawyers representing Abdelbaset Ali Mohmed Al Megrahi, currently serving a life sentence in Greenock Prison.

The evidence will form a crucial part of Megrahi’s attempt to have a retrial ordered by the Scottish Criminal Cases Review Commission (SCCRC). The claims pose a potentially devastating threat to the reputation of the entire Scottish legal system.

The officer, who was a member of the Association of Chief Police Officers Scotland, is supporting earlier claims by a former CIA agent that his bosses “wrote the script” to incriminate Libya.

Last night, George Esson, who was Chief Constable of Dumfries and Galloway when Megrahi was indicted for mass murder, confirmed he was aware of the development.

But Esson, who retired in 1994, questioned the officer’s motives. He said: “Any police officer who believed they had knowledge of any element of fabrication in any criminal case would have a duty to act on that. Failure to do so would call into question their integrity, and I can’t help but question their motive for raising the matter now.”

Other important questions remain unanswered, such as how the officer learned of the alleged conspiracy and whether he was directly involved in the inquiry. But sources close to Megrahi’s legal team believe they may have finally discovered the evidence that could demolish the case against him.

An insider told Scotland on Sunday that the retired officer approached them after Megrahi’s appeal – before a bench of five Scottish judges – was dismissed in 2002.

The insider said: “He said he believed he had crucial information. A meeting was set up and he gave a statement that supported the long-standing rumours that the key piece of evidence, a fragment of circuit board from a timing device that implicated Libya, had been planted by US agents.

“Asked why he had not come forward before, he admitted he’d been wary of breaking ranks, afraid of being vilified.

“He also said that at the time he became aware of the matter, no one really believed there would ever be a trial. When it did come about, he believed both accused would be acquitted. When Megrahi was convicted, he told himself he’d be cleared at appeal.”

The source added: “When that also failed, he explained he felt he had to come forward.

“He has confirmed that parts of the case were fabricated and that evidence was planted. At first he requested anonymity, but has backed down and will be identified if and when the case returns to the appeal court.”

The vital evidence that linked the bombing of Pan Am 103 to Megrahi was a tiny fragment of circuit board which investigators found in a wooded area many miles from Lockerbie months after the atrocity.

The fragment was later identified by the FBI’s Thomas Thurman as being part of a sophisticated timer device used to detonate explosives, and manufactured by the Swiss firm Mebo, which supplied it only to Libya and the East German Stasi. At one time, Megrahi, a Libyan intelligence agent, was such a regular visitor to Mebo that he had his own office in the firm’s headquarters.

The fragment of circuit board therefore enabled Libya – and Megrahi – to be placed at the heart of the investigation. However, Thurman was later unmasked as a fraud who had given false evidence in American murder trials, and it emerged that he had little in the way of scientific qualifications.

Then, in 2003, a retired CIA officer gave a statement to Megrahi’s lawyers in which he alleged evidence had been planted.

The decision of a former Scottish police chief to back this claim could add enormous weight to what has previously been dismissed as a wild conspiracy theory. It has long been rumoured the fragment was planted to implicate Libya for political reasons.

The first suspects in the case were the Syrian-led Popular Front for the Liberation of Palestine – General Command (PFLP-GC), a terror group backed by Iranian cash. But the first Gulf War altered diplomatic relations with Middle East nations, and Libya became the pariah state.

Following the trial, legal observers from around the world, including senior United Nations officials, expressed disquiet about the verdict and the conduct of the proceedings at Camp Zeist, Holland. Those doubts were first fuelled when internal documents emerged from the offices of the US Defence Intelligence Agency. Dated 1994, more than two years after the Libyans were identified to the world as the bombers, they still described the PFLP-GC as the Lockerbie bombers.

A source close to Megrahi’s defence said: “Britain and the US were telling the world it was Libya, but in their private communications they acknowledged that they knew it was the PFLP-GC.

“The case is starting to unravel largely because when they wrote the script, they never expected to have to act it out. Nobody expected agreement for a trial to be reached, but it was, and in preparing a manufactured case, mistakes were made.”

Dr Jim Swire, who has publicly expressed his belief in Megrahi’s innocence, said it was quite right that all relevant information now be put to the SCCRC.

Swire, whose daughter Flora was killed in the atrocity, said last night: “I am aware that there have been doubts about how some of the evidence in the case came to be presented in court.

“It is in all our interests that areas of doubt are thoroughly examined.”

A spokeswoman for the Crown Office said: “As this case is currently being examined by the SCCRC, it would be inappropriate to comment.”

No one from the Association of Chief Police Officers in Scotland was available to comment http://news.scotsman.com/index.cfm?id=1855852005&format=print

Was Libya Framed for Lockerbie Bombing?

Previous Article
Are These Really the Men Who Brought Down Pan Am 103?
Next Article
Trove of Leaked Luxembourg Documents Implicate Disney, Koch Industries in Tax Evasion Scheme 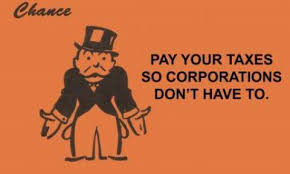