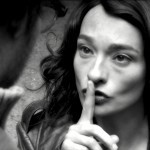 The US Department of Defense is negotiating with a major US publisher, St. Martin’s Press, to buy and destroy all 10,000 copies of a book written by a former Defense Intelligence Agency officer about his experiences in Afghanistan.

The author, Anthony A. Shaffer, a lieutenant colonel in the Army Reserve, reportedly repeats his declaration, first made in 2005, that US intelligence agencies had identified the leader of the 9/11 terrorist attacks, Mohammed Atta, and three other suicide hijackers well in advance of September 11, 2001.

The extraordinary effort to suppress Shaffer’s book, Operation Dark Heart, comes despite initial clearance given to the manuscript by the US Army in January, when Shaffer agreed to unspecified changes and redactions and obtained a statement that the Army had “no objection on legal or operational security grounds.”

In July, the Defense Intelligence Agency reportedly showed the manuscript to other intelligence agencies, and reviewers for the CIA, the National Security Agency (NSA) and the US Special Operation Command identified another 200 passages that allegedly contained classified information, including the names of US intelligence operatives who worked with Shaffer during his five-month tour of duty in Afghanistan in 2003.

Lt. Gen. Ronald L. Burgess Jr., director of the DIA, wrote in an August 6 memorandum that release of the book “could reasonably be expected to cause serious damage to national security,” according to the article in Thursday’s New York Times, which first made public the book censorship effort.

Both Shaffer and the publisher are cooperating with the Pentagon’s latest demand, and have agreed to issue a revised printing that will delete passages objected to by US intelligence agencies. The ongoing negotiations are whether the Pentagon will purchase the entire first printing and what price will be paid for the books.

It is unclear what efforts will be made to recall advance copies already sent to reviewers and online booksellers. The New York Times reported that it had obtained such a copy and used it to prepare the article published September 10. The Washington Post also obtained a copy.

The Times article quotes Shaffer writing that some DIA co-workers were critical of his activities, but “They never understood that I was doing things that were so secret that only a few knew about them.”

Besides the names of CIA and NSA officers in Afghanistan—none of which the Times reprints, in keeping with the self-censorship of the American media—the book also makes reference to the “NSA’s voice surveillance system” and to planned covert actions in Pakistan that were shut down because of concern over the response of the Pakistani military dictatorship.

In 2005, Shaffer went public with his allegations about a cover-up in the 9/11 investigation, giving on-the-record interviews to numerous media outlets about a secret data-mining operation, known as Able Danger, which he said had identified Mohammed Atta and three other 9/11 suicide hijackers in 2000, more than a year before the terrorist attacks. Shaffer was the liaison between Able Danger and the DIA, the largest single US intelligence agency.

Shaffer said his military intelligence unit had contacted the FBI repeatedly during 2000 to warn that a US-based terrorist cell was at work, but three times was forced to cancel meetings to brief the FBI at the instruction of the Strategic Operations Command (SOCOM), the Pentagon unit in charge of all counter-terrorism work.

After serving as an unidentified source for a series of news articles, Shaffer decided to make his role public after the chairman and vice-chairman of the 9/11 commission, Thomas Kean and Lee Hamilton, declared that they had never been informed that Able Danger had identified the future hijackers in advance of 9/11. Shaffer said that he had personally supplied that information to staff members during an October 2003 meeting in Afghanistan. Among those present was staff director Philip Zelikow, later senior counselor to Secretary of State Condoleezza Rice.

The official 9/11 commission report made no mention of Able Danger, in keeping with its whitewash of the Bush administration and its refusal to investigate charges that the US intelligence agencies had ample foreknowledge of the 9/11 terrorist attacks.

At the time, the World Socialist Web Site wrote, “The statements by Shaffer shatter the official story of the September 11 attacks, as devised by the Bush administration, endorsed by the entire Washington political establishment, and parroted obediently by the media…. The future hijackers were detected by US government agencies, including the CIA and military intelligence, yet nothing was done either to arrest them or disrupt their operations.”

As soon as the explosive implications of Shaffer’s revelations were apparent, the corporate-controlled media dropped the story like a hot potato. Right-wing Republican Congressman Curt Weldon of Pennsylvania, who for his own reasons took up the Able Danger issue, added an additional important detail.

He recounted coming into possession of a “link chart” generated by Able Danger, tracing the connections of various individuals connected to Al Qaeda, and containing Atta’s photograph and name. Weldon said he discussed the chart with deputy national security adviser Stephen Hadley at a meeting in the White House on September 25, 2001, two weeks after the 9/11 attacks, and turned the document over to him.

The Bush administration subsequently claimed that the US government had not been able to identify any of the 9/11 hijackers as Al Qaeda operatives before the attacks, despite this clear evidence to the contrary.

Previous Article
NY Observer: Untangling the Bizarre CIA Links to the Ground Zero Mosque (and Glenn Beck, too)
Next Article
Chile: The Other 9/11 Anniversary