" ,,, For months, officials have been saying the Jan. 6 attack on the U.S. Capitol was the result of a classic intelligence failure. Now key officials are questioning whether that was the case. Officials at the FBI, Department of Homeland Security and other agencies had collected plenty of intelligence leading up to the insurrection at the Capitol. What they failed to do was analyze it. ..." NPR, May 18, 20215:01 AM ET Morning Edition 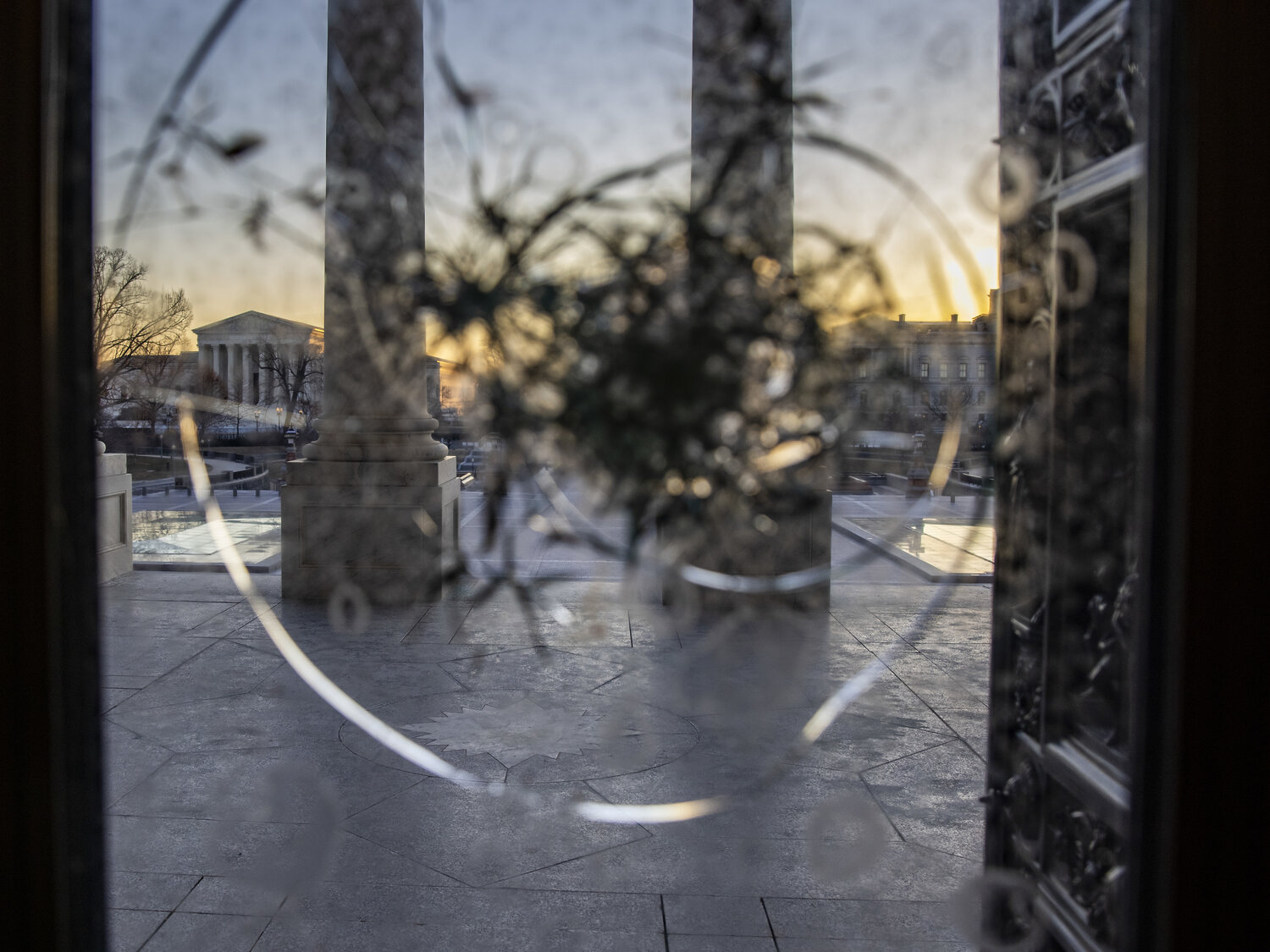 A forthcoming report says a division within the Department of Homeland Security missed signs of potential violence before the insurrection at the U.S. Capitol on Jan. 6.

For months, officials have been saying the Jan. 6 attack on the U.S. Capitol was the result of a classic intelligence failure. Now key officials are questioning whether that was the case.

A report written by the former head of intelligence at the New York Police Department, Mitch Silber, and titledDomestic Violent Extremism and the Intelligence Challengemakes clear that officials at the FBI, Department of Homeland Security and other agencies had collected plenty of intelligence leading up to the insurrection at the Capitol. What they failed to do was analyze it.

"Intelligence collection did not fail," Silber writes in an analysis for the Atlantic Council obtained by NPR before its publication next week. "In fact, it was robust. Rather, the failure was in the analysis of the intelligence and the failure of senior government officials to issue warnings based on that intelligence."

That could explain why a little-known division of DHS called the Office of Intelligence and Analysis, or I&A, is now receiving so much attention. In addition to the upcoming report, the Senate's Homeland Security and Governmental Affairs Committee is devoting a hearing on May 18 to I&A and it will focus on what the intelligence division was doing in the run-up to the Capitol attack.

"[I&A's] job is to create these threat assessments so that its consumers have a better sense of how to deploy resources, how to think about what a threat may be," said Juliette Kayyem, a former assistant secretary at DHS. "It basically was intended to be a consumer of intelligence." Their next job is to analyze that intelligence and pass that along to local law enforcement.

A key part of I&A's job is to provide a written analysis of possible threats to public events before they happen. These threat assessments aren't just done for gatherings that have potential for violence — like the Unite the Right march that happened in Charlottesville, Va., in 2017. Instead, these assessments are produced as a matter of course, even for events like the Kentucky Derby or the New Orleans Jazz Fest.

But as NPR has previouslyreported, the threat assessment that would have put everyone on notice ahead of the Capitol insurrection never came; even though the FBI, DHS and the New York Police Department, among others, all had the information they needed to see that the pro-Trump rally ahead of the election certification would likely erupt in violence.

"When we think about an intelligence agency, they have three functions: Collect the intelligence, analyze the intelligence ... connect the dots. Then you warn the appropriate authorities so they can take some actions to mitigate what you think is coming," Silber told NPR in an interview. "And if you look at No. 2 and No. 3, analysis and warning, it is a clear failure from DHS." Former DHS officials and intelligence analysts interviewed by NPR make plain that anyone looking for what went wrong ahead of Jan. 6 should start with I&A.

It turns out that, despite its critical role in identifying threats here at home, I&A is fraught with issues.

First, officials told NPR that I&A is full of people from other departments and working there is not seen as a plum assignment.

"If you're a 23-year-old and you want to get into the intelligence business, the fun stuff — you are not picking DHS. And that has been a struggle for the department from the beginning," said Kayyem. "Within the intelligence agencies, I&A was not an equal partner. It might not even have been viewed as a cousin. It was a distant friend that you tolerated who showed up to the party."

Analysts said leadership has also had a role in the failures at I&A. As a general matter, the administration in power sets the priorities for the agency. For example, radicalized youths potentially intent on attacking the homeland was a big priority during the Obama administration as ISIS began to recruit in the U.S. and in the wake of the Paris attacks in 2015.

For the Trump administration, it was made clear at DHS that the border with Mexico was the top priority. Trump administration officials wanted DHS to focus on immigration and perceived threats emanating from there. And that meant that the intelligence analysis at I&A was torqued toward those priorities.

Todd Rosenblum, a former deputy undersecretary of intelligence at DHS who still has contacts in the department, said he believes DHS analysts were under pressure to fall into line. So even as the intelligence was growing that violent extremists on the right were rallying supporters around Jan. 6, analysts at I&A were encouraged to find threats in other quarters.

For example, the Trump administration was focused on a loose movement of activists known as antifa that gets its name from a contraction for anti-fascists. Antifa doesn't have a leader or a defined structure, but former President Donald Trump said they should be defined as a domestic terrorism group and sought to blame the group for clashes with police during the protests against racial injustice that raged across the country in the run-up to the 2020 election.

"[Administration officials] were insisting on a narrative that wasn't true, which made it far harder for I&A," Rosenblum said of the office during the Trump administration. "You had the president screaming: 'Antifa, antifa is behind all this,' and anyone who's actually doing the analysis of this knew that was an utter falsehood. ... And DHS was very much aligned in accommodating the president.

What that means is that although there were plenty of red lights flashing — raw intelligence from the NYPD, warnings from the FBI, and threats on social media that all the world could see — I&A never put it all together. Rosenblum faults not just the pressure to find threats from the left, but also a failure of imagination. The analysts at I&A were reluctant to countenance that a demonstration in Washington, D.C., convened by a president could go so horribly wrong.

"The dots were all there," Rosenblum said. "Absolutely. But I mean, I'm among the many who could not conceive of an insurrection against the Capitol being led by the president of the United States."

For Mitch Silber, the riot is a wake-up call. "We need to retool our focus in intelligence and retool the way we've looked at the threats, certainly for the last 20 years. We've sort of been externally facing and now we have to take a look within our borders for people who would do the country harm. And that's a different type of challenge."

The Biden administration announced last week that it would be forming anew branchwithin I&A to focus on domestic terrorism. The House, for its part, has started its own bipartisan effort to form a commission to examine the riot. Among other things, it could produce something like the 9/11 Commission report so the world can better understand why the events of Jan. 6 unfolded as they did.

NPR's Meg Anderson and Barrie Hardymon contributed to this story.