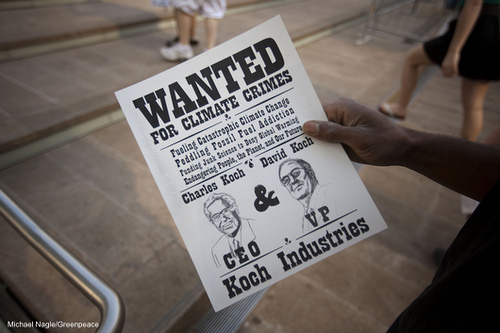 I was fortunate enough to accompany Ken Kesey and his psychedelic Band of Merry Pranksters when the Grateful Dead played the Pyramids--and won--at a series of outdoor concerts in 1978. During that week, Kesey and I were dinner guests at the home of an Egyptian family in Cairo. Later, the men smoked hashish from a huge hookah. The women stayed in the kitchen, and I grumbled to Kesey about that gender gap.

“When in Rome,” he responded, “do as the Egyptians do.”

A shy six-year-old girl was peeking us through a beaded curtain, and I waved to her. She waved back, giggled and disappeared. But I have not the slightest doubt that now, at the age of 39, she was among the countless protestors celebrating in the streets those early tremors of freedom. Although 95% of Egyptian women had been victims of forced clitoral circumcision (banned in 1997), suddenly they were no longer considered second-class citizens—except, of course, for gang rapes.

On the same Sunday in February 2011 that the revolution in Egypt was peaking, I found myself in Rancho Mirage, California, at a rally against David and Charles Koch—pronounced “coke”—and so I call them the Coke brothers. Many placards featured the Coca-Cola logo on a red background, with the slogan, “Everything goes better without Koch.”

The Coke brothers were beneficiaries of the 2009 Supreme Court decision that granted personhood to corporations, meaning that they could clandestinely support conservative politicians without any accountability, and in 2010 the Court ruling that corporations—and unions, which the Coke brothers are attempting to demolish--could spend unlimited sums on campaign advertising.

The anti-Coke rally was held in a parking lot across the street from the resort. An old friend, Jim Hightower--the author of There’s Nothing in the Middle of the Road but Yellow Stripes and Dead Armadillos and Swim Against the Current: Even a Dead Fish Can Go With the Flow--was speaking. “These Justices are as confused as goats on astroturf,” he told the audience of 1,000. “We need to pass a constitutional amendment that says a corporation does not have the rights of a person.”

Two weeks later, the mystery behind the Coke brothers conclave would be revealed, linking them to Wisconsin Governor Scott Walker. Koch Industries had been the largest corporate contributor to his campaign, so it’s no surprise that Walker was busy sucking up to his puppeteers as he followed their wishes to destroy the American labor movement. In fact, a front group for the Coke brothers has launched a website which propagandizes against all collective bargaining.

While the protesters in Madison were inspiring, the infamous political prank call to Governor Walker from fake David Koch inadvertently disclosed the mindset Walker shared with real David Koch. Fake David said, “We’ll back you any way we can. But what we were thinking about the crowd was, uh, was planting some troublemakers.” Walker replied, “We thought about that,” but he was afraid the plan might backfire.

“I hate to be rude and intrude on a secret meeting,” Jim Hightower had said at the Uncloak Koch rally, “but there comes a time when America’s imperiled democracy requires ordinary grass root people to rebel, and to be rude enough to intrude on the people applauding corporate plutocrats who are so rude as to usurp our democratic rights.

“Listen, this billionaires’ caucus thought that they could meet secretly, but you pulled back the curtain on them behind which they had been hiding—such front groups as Americans for Prosperity, the Heritage Foundation, the Manhattan Institute, the Cato Institute, the Federalist Society, Freedom Works, even the Tea Party themselves—we pulled back the curtain and there they are, Charles and David, the modern-day Wizards of Oz, only Ozier, don’t you think?”

Later, I went backstage to see Hightower. He had flown in from Texas for the event and was energized by the spirit of this demonstration.

“It ain’t Egypt, though,” I observed.

“Not exactly,” he chuckled.

The Egyptian people want to have regular elections just like we do here in America, as epitomized by the sexist slogan, “One man, one vote.” Unfortunately, when the Supreme Court (5-4) designated George Bush as president after his contentious campaign against Al Gore in 2000, that “one man” happened to be Supreme Court Justice Sandra Day O’Connor. Years later, after her retirement, O’Connor said that she thought her decision had been a mistake. But, then, we all make mistakes, right?

Paul Krassner is the author of Murder at the Conspiracy Convention and Other American Absurdities, with an introduction by George Carlin, available at paulkrassner.com

Paul Krassner – How marvellous to come across you again, still out there tilting at windmills. I lost touch since the final demise of The Realist – I’m not on-line that much. Googled “Coke Bros” for an e-mail to a CBC Radio programme and there you were – larger than life, as always! Good on you buddy. Roger Swan.

With all of the current activity centered around people’s rights and the encroached manipulation of law by corporations (“Coke Bros.”) WI. and other states are setting precedent and momentum. This is a fight long overdue.
Notwithstanding;
The will, the voice and the tenacity of the people of other countries are also fed up with the power behind the gold and making historical changes.

as usual paul as hit the nail on my head. the coke brothers machine has been all along playing both sides for their benefit, and has it was pointed out in the article “but there comes a time when America’s imperiled democracy requires ordinary grass root people to rebel, and to be rude enough to intrude on the people applauding corporate plutocrats who are so rude as to usurp our democratic rights” there is no better time than now as a few special interests are rapidly taking us down to a fascist state gvt. paul is as revelent as always, a true “realist”