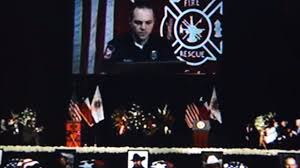 DALLAS—Prosecutors charged a paramedic, one of the first to respond to a deadly explosion last month in West, Texas, with unlawful possession of pipe bomb components, although authorities said no evidence linked the charge to the fertilizer plant disaster.

Bryce Reed, a volunteer emergency medical technician, appeared in U.S. District Court in Waco, Texas, on Friday, where he faced one count of unlawfully possessing an unregistered destructive device, prosecutors said. He did not enter a plea, said Daryl Fields, a spokesman for the U.S. Attorney’s Office in the Western District of Texas.

Bryce Reed told Reuters last month that he had been a paramedic for 13 years and that he had worked in combat zones overseas as a contract paramedic. …

Earlier this week, Bryce Reed wrote on his Facebook page that he was “incredibly emotional” and felt he was being attacked by people who had suggested he was profiting from his efforts to honor the fallen firefighters and emergency medical service workers through a number of media interviews he had given since the blast.

“Integrity is so hard, especially when it is attacked. I am so sick of being strong. I am so sick of crying. You try to do the right thing, and get kicked for it,” he wrote in a post on Monday. “I am not crazy, I’m lost.”

According to reporting by Jack Fink of the Dallas CBS affiliate, Reed was employed at the Children’s Medical Center in Dallas but went on leave in early April. The fertilizer plant explosion was April 17.

And two days after the explosion, he was let go from his volunteer position with West EMS. …

He Makes Questionable Claims on His Resume

The Dallas Morning News dug into the educational and professional credentials that Reed lists on his LinkedIn profile and found evidence that cast doubt on his claims:

Reed wrote on his resúmé that he holds a bachelor’s degree in nursing from Albany-based Excelsior College. A spokesman for the school … said Reed applied to enter the associate degree program but never enrolled. … Reed also claimed to have held management positions with at least three entities that appear to be defunct or have dead websites.

Texas – Three days after a huge explosion at a Texas fertilizer plant, Bryce  Reed climbed onto a coffee table at a local hotel where displaced families  picked over donated sweatshirts and pizza. Wearing a navy blue shirt emblazoned  with “West EMS,” he gathered the crowd close.

“You’re safe where you’re at,” Reed said, describing an anhydrous ammonia  leak inside the rubble at the West  Fertilizer Co. plant. “If you’re not, I’d be dragging you out of  here myself.” …

In fact, Reed had been “let go” by West EMS as of April 19, the day before the  speech, according to an e-mail obtained by the  Associated Press sent by a regional EMS  organization, the Heart of Texas  Regional Advisory Council, to the state health officials.

Concerning Monsanto & Blackwater, see: “Why Would Anyone Blow Up a Fertilizer Plant?”

What Do We Know About Bryce Reed?

A Texas emergency medical services technician was arrested and charged Friday with possession of a destructive device.

Bryce Reed is scheduled to appear in federal court Friday in Waco, Texas.

Reed is part of West’s Emergency Medical Services and was one of the incident commanders during the deadly April 17 fertilizer plant explosion.

Texas law enforcement officials are now launching a criminal investigation into the explosion. Investigators have largely treated the West Fertilizer Co. blast that killed 14 as an industrial accident. …

There is no known connection between Reed and the explosion at this time.

Details are very limited as of now but we do know that he has not officially been named a suspect in the investigation. Here are some of the things we know about Bryce Reed so far.

Bryce Reed, who told The Dallas Morning News that he assumed radio command of the April 17 incident after the explosion killed his superiors and colleagues, was accused Friday of giving an “assortment of bomb making components” to an unnamed person in nearby Abbott on April 26, nine days after the explosion.

Hours after his arrest, the Texas Rangers and McLennan County Sheriff’s office launched a criminal investigation into the plant explosion but did not say what role, if any, the federal charges against Reed played in their decision.

So we know that he tried to hide his bomb making materials with an associate. Whether that has anything to do with the West, Texas explosion or not is in doubt. But it would appear that he was trying to hide evidence that could potentially incriminate him.

We also know that he has been accused of trying to profit from the explosion and that he may have not been forthright about his relationship to one of the fallen heroes.

On the day after the plant explosion, Reed told the Los Angeles Times that when he and his friend Cyrus Reed (no relation) arrived at the plant, Bryce Reed was made incident commander, and as such stayed away from the all-consuming fire. Cyrus Reed was closer to the blaze, which turned into an explosion and claimed his life.

“He was my best friend. He got me help through the crisis in my life. He’s my brother,” Reed said.

But Sarah Reed, Cyrus Reed’s sister, told a different tale. She said that her family had been “fooled by Bryce Reed.” After Cyrus Reed’s death, Sarah Reed said she and her family went through her brother’s computer and cellphone records, and found little evidence to suggest that Bryce Reed and Cyrus Reed were close at all.

“He convinced us that he and Cyrus were very close, like brothers. But I want people to know they are not brothers, and he is not part of our family.”

On his Facebook page, some have accused Bryce Reed of profiting off of donations in the wake of the fertilizer plant explosion. Reed defended himself, saying, “I have not received ONE CENT for ANYTHING that I did to help with this situation. I have not been paid by the media, by press, I made nothing for delivering my brothers eulogy, and made NOTHING off of this tragedy. I was a shoulder to cry on, I found a GREAT new family, and was blessed to get to tell them about their son.”

The Dallas Morning News is reporting that Sarah Reed also suspected Bryce Reed (no relation) of stealing from her deceased brother:

But the sister of a firefighter Reed, eulogized at a public memorial last month, said she had to ask police to guard her deceased brother’s apartment because she feared Reed had been stealing from it since the blast.

In addition, we know that the explosive device was more than likely a pipe bomb. The Dallas Morning News also reports, “Authorities found a 3.5-inch long galvanized metal pipe with a 1.5-inch diameter that had galvanized end caps. There was also a lighter and several pounds of chemical powders in individual bags, special ATF agent Douglas J. Kunze wrote in his affidavit. A U.S. Justice Department press release said Reed gave the component to the Abbott resident on April 26.”

“The Twilight of the Texas Rangers,” The Texas Monthly, Feb. 1994 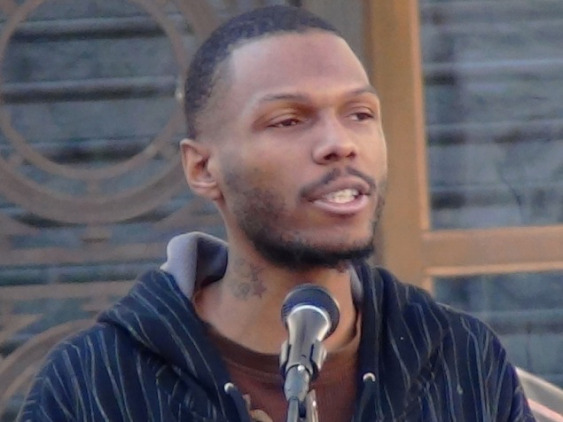