Schaerr and Jaffe, Powerful DC-Based Ultra-Conservative Above the Law Firm

Schaerr and Jaffe, Powerful DC-Based Ultra-Conservative Above the Law Firm 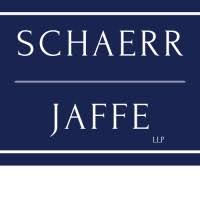 Last week, asVAPLAN reported,the Virginia Redistricting Commission “finance subcommittee unanimously votes to put forward the recommendation of the Republican-leaning Schaerr and Jaffe law firmand to enter into competitive negotiations with both the Democratic-leaning firms.” The law firms will help the commission – formed after Virginia voters approved the redistricting constitutional amendment in November 2020 – redraw Virginia’s legislative and Congressional districts this fall, following receipt of U.S. Census numbers, which have been delayed.

Anyway, I was curious about whoSchaerr and Jaffewere, whether they’re relatively “moderate” or more extreme or what. Here’s what I found.

One partner in the firm (Gene Schaerr) clerked for hard-right U.S. Supreme Court Justice Antonin Scalia and for the infamous Ken Starr, while the other (Erik Jaffe) clerked for hard-right U.S. Supreme Court Justice Clarence Thomas. What could possibly go wrong here, right? ... Asthe Wall Street Journal reports,Schaerr is also representing Parler,a far-right social media platform which “has come under scrutiny following thedeadly Jan. 6 storming of the U.S. Capitolby a mob of supporters of then-President Donald Trump,” and which“served as a hubfor people alleged to have organized, participated in or celebrated the attack, which occurred as lawmakers were meeting to certify President Biden’s electoral victory.” Backin 2014, Schaerr wrote an exit memo in which he explained why he“left his firm so he could fight gay marriage full-time in Utah”and fulfill what he called his “religious and family duty” to defend “traditional marriage.” Also seethis WaPo article, which reads: “A group of 100 conservative lawyers and academics recently fileda Supreme Court briefarguing that gay marriage will cause 900,000 abortions over the next 30 years. Leading the charge is lawyer and former Antonin Scalia law clerk Gene Schaerr, who summarized the argument ina recent piece for the Heritage Foundation.” As for partner Erik Jaffe,he recently representedthe“Firearms Policy Coalition” in a case which “overturned California’s decades-old assault weapons ban.” In a ruling that received a lot of criticism, the judge in the case (Roger Benitez) compared an AR-15 to a Swiss Army knife, writing,“Like the Swiss Army Knife, the popular AR-15 rifle is a perfect combination of home defense weapon and homeland defense equipment.”In response,California Gov. Gavin Newsom called Judge Beniteza “wholly-owned subsidiary of the gun lobby and the National Rifle Association.” In stark contrast,according to Erik Jaffe, “Judge Benitez held the government to its burdens of proof, recognized the high hurdles the government must overcome when burdening the right to keep and bear arms, and gave the Second Amendment the weight and respect it deserves.” Also of note regarding Erik Jaffe, check outhis page on the Federalist Society website,and note thatthe Federalist Society“played a key role in suggesting judicial nominees to PresidentDonald Trump; it vetted President Trump’s list of potential U.S. Supreme Court nominees and, as of March 2020, 43 out of 51 of President Trump’sappellate court nominees were current or former members of the society.” According tothe Federalist Society’s page on Erik Jaffe, he has been involved in“First Amendment challenges to campaign finance reform, Commerce Clause challenges to Health Care Reformand other federal legislation,Equal Protection Clause challenges to affirmative action in education,First Amendment challenges to school vouchers,Fifth Amendment challenges to takings of property, Second Amendment challenges to restrictions on gun ownership.” In short, Jaffe is hard right all the way…

So anyway, this is the highly partisan, VERY conservative, Federalist Society-connected Republican law firm which the Virginia Redistricting Commission chose as one of the firms which will help it draw new U.S. House and General Assembly lines in Virginia this fall. That,after the Commission“rejected an attempt…to at least try to hire nonpartisan lawyers, choosing instead to seek two sets of partisan attorneys to advise the new body as it redraws the state’s political districts later this year.” Again, does anyone think this is going to end well? And, on a related note, can anyone explain why any Democratic State Senator or Delegate would have voted for this highly partisan, politician-dominated system, and why any voters would have voted to approve it?!? It certainly is NOT “nonpartisan redistricting” or whatever advocates were (falsely) claiming it would be. Ugh…