North Carolina: Drug-Addict County Sheriff Who Threatened to Kill His Own Family Tasered to Death in Jail - The Constantine Report
0 SHARES

Assassinations » North Carolina: Drug-Addict County Sheriff Who Threatened to Kill His Own Family Tasered to Death in Jail

North Carolina: Drug-Addict County Sheriff Who Threatened to Kill His Own Family Tasered to Death in Jail

NEW HANOVER COUNTY, NC (WECT) - New details surfaced Monday in connection to the arrest and death of former Brunswick County Sheriff Ron Hewett. Hewett died suddenly Saturday afternoon while in federal custody at New Hanover County Jail. He was being held under a federal detainer at the NHC Jail after several firearms were found at his home in Supply.

According to several sources close to the situation, who did not want to be named because this is an ongoing federal investigation, Hewett was making death threats against his family in the days leading to his arrest. Sources say the former sheriff had more than two dozen firearms in his home, and some of them were significantly powerful weapons.

According to New Hanover County Sheriff Ed McMahon, Hewett’s mother and girlfriend were at the jail Saturday when he died shortly after 2 p.m.

McMahon said Hewett was being brought out of segregated confinement for that visit when he got into an altercation with a deputy. Sources say a Taser was used on Hewett and he died several minutes later at the jail.

"When he got here we had no problems with him, he was fine. And then all of a sudden, something changed, we're not sure what, and we saw a different person," McMahon explained.

Video of the altercation has been given to the SBI for their investigation. McMahon has seen the video and is conducting an internal investigation as well.

McMahon said he feels like the situation has been handled professionally and appropriately. No deputies have been placed on leave or have been disciplined.

Jonathan Crane, a close and personal friend to the family, said the former sheriff's heart was "probably too weak due to the years of alcohol abuse." 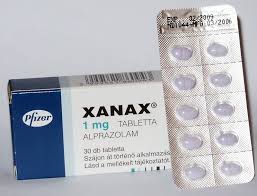 Sheriff Ron Hewett is a man who went from Hero to zero. How does a man go from hero to zero? What did it? Two things - Alcohol and Xanax.

I first met Ron in 1991 and we became great friends. At the time Ron was a deputy with the Brunswick County Sheriff's department. He was one of the most decent, caring, and honest people that I have ever run across. He had a Wonderful family and Great friends. He was a man who worshiped god. I was fortunate enough to become one of Ron's very good friends.

Ron won the award of DARE officer of the year for the entire United States. Shortly thereafter he became the Sheriff of Brunswick County. He came in and began cleaning up the county of criminals and drugs. He made more arrests in his first 4 months than the entire prior 4 years. He had his police radio on 24/7 He was doing great. He would help anyone regardless of the person's age, race, gender, or sexual orientation.

Then the hero to zero route began to take place. A drink here a drink there … with a Xanax for anxiety. Ron's personality began to change. The downhill slide had begun. By 2001 he began taking Ambien and had hateful episodes. He had forgotten all that he had been telling the DARE students. He made some racist comments even though I knew he was not a racist. It was very embarrassing for his family and friends. He became sloppy and thought that he was invincible.

Around 2008 a federal Grand Jury was convened. Ron was then convicted of felony charges. He went to jail for a few years. I visited him in Jail even though many people had abandoned him by now. In 2010, Ron came out of prison a bitter angry man who began to drink even more. In a short time He was a full blown alcoholic taking Xanax along with the alcohol. He would make abusive calls when he was drunk. His wife Julie who had stood by his side through thick and thin finally had to leave. He was too abusive. Ron was no longer the same hero he once was. Ron had become an angry, abusive, drunk… disconnected from his moral codes. Our friendship was not the same, although I would still call and talk with him every month or two.

Then on July 9 th 2014 Ron was arrested again, this time on felony gun charges. On July 12, 2014 He became combative in jail and after an altercation, he expired. It was probably not the fault of any deputy, but Ron's heart was probably too weak due to the years of alcohol abuse. With that said an autopsy and investigation is pending and we await those results.

As a friend, it was an extremely painful journey to watch Ron falter over a 20 year time period, like a train wreck unfolding before me. Alcohol and Xanax stole a hero from all of us, and made him a zero in the end.

I would like to just say…If you are hooked on Alcohol or drugs…from my experiences, you have three options… recovery, prison, or death… please take the direction towards recovery

Unfortunately Ron's disease chose prison, shortly followed by death. This emphasizes the importance of recovery as soon as possible

Ron's life was not in vain! Ron taught many people the dangers of alcohol and drugs in the classroom and unfortunately by bad example. Ron has 2 great kids Justin and Jessica. Ron took many criminals off the street. Ron made Brunswick County a much better place to live. Ron touched many people in a positive way. Rest in peace Ron, you deserve it

"The whole incident, as everything occurred, as I started hearing some information, I was like, this is not the Ron Hewett that I knew and respected," New Hanover County Sheriff Ed McMahon said in an exclusive interview. "Something is going on, something is not right."

McMahon was a deputy going through the ranks when Hewett was the sheriff in Brunswick County.

"I had the utmost respect for him," McMahon said. "Here's a man who dedicated the majority of his life to protecting citizens, and was an example to all of us. I can remember as a young deputy, and he would actually take time to come over and shake your hand and address you as the high sheriff, and we were very, very impressed with him."

Friends of the family are still awaiting the results of an autopsy to determine the official cause of death.

Investigations from the SBI and the New Hanover County Sheriff's Office are pending.

Book Raises Questions About a So-Called Suicide in Brunswick County

Updated:Apr 22, 2008 10:28 PM PDT BRUNSWICK COUNTY -- Nine years ago, a gunshot wound to the back of the head killed Police Officer Davina Buff Jones. But who pulled the trigger has been the disagreement between the Buff family and local More >>

Could Hewett's Case Add Loopholes in Other Trials?

Someone Tried to Pay Hewett's Debt

Notice of Charges of Unethical Conduct by Rep. Thomas Wright