According to Michelle McCaskill, media relations chief at the Defense Logistics Agency, the Ferguson Police Department is part of a federal program called 1033, in which the Department of Defense distributes hundreds of millions of dollars of surplus military equipment to civilian police forces across the U.S.

That surplus military equipment doesn’t just mean small items like pistols or automatic rifles; towns like Ferguson could become owners of heavy armored vehicles, including the MRAPs used in Afghanistan and Iraq.

All in all, it’s meant armored vehicles rolling down streets in Ferguson and police officers armed with short-barreled 5.56-mm rifles that can accurately hit a target out to 500 meters hovering near the citizens they’re meant to protect.

The militarization itself is part of a larger trend… That is a willingness or a policy among domestic police in the United States of using more force more often for increasingly, you know, petty offenses.

It is a mentality that sees the people they are supposed to be serving not as citizens with rights but as potential threats. If you look at the racial makeup of Ferguson, Missouri, it is about 67 percent black. 52 of the 55 police officers at the Ferguson police department are white.

The police militarization is unsettling to many in Ferguson, a town that, since the events of Saturday that saw a police officer shoot and kill 18-year-old Michael Brown, has seen massive protests and increased police presence in response, as well as an FAA ban on low-flying aircraft—treatment that undoubtedly transforms aMidwest town of 21,000 into a what looks just like a war zone.

Previous Article
From the Archive: Richard Nixon’s Nazi Connections
Next Article
On the Need for New Criteria of Diagnosis of Psychosis in Light of Mind Invasive Technology (Journal of Psycho-Social Studies) 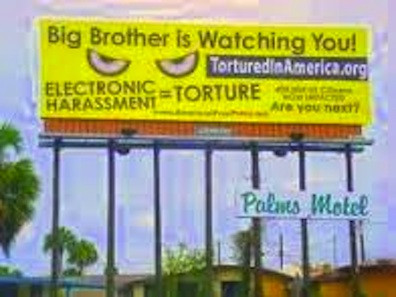