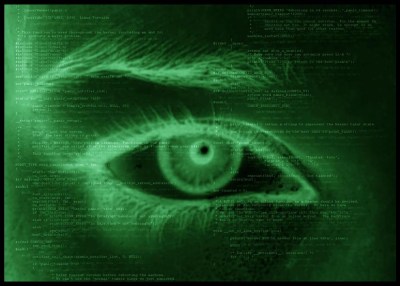 MEMPHIS, Tenn. (AP) – The Memphis Police Department appears to be in violation of a long-standing court order barring the agency from conducting political intelligence activities, a Tennessee newspaper reported.

The Memphis Commercial Appeal reported that the department could not document that it was complying with critical provisions of the 1978 court order aimed at stopping officers from spying on citizens whose politics it considered dangerous.

“Given what we know that MPD was party to (it seems) the one way to ensure history not repeat itself is to make sure that everyone be made aware of what happened,” she said. “For some reason a decision has been made to wipe the slate clean.”

City Attorney Herman Morris, who took office last year after Mayor A C Wharton was elected, said he’s reviewing the order to see if the city is in compliance. Morris said in an e-mail that the city will update current efforts to comply with the order once the review is complete.

“To our knowledge all of the current administration’s crime-fighting efforts would comply with the court order,” Morris said.

Police Director Larry Godwin said he wasn’t even aware of the order.

A judge handed down the order three decades ago after the ACLU sued. The order ended the department’s political spying on civil rights activists, war protesters and other “radicals” and its First Amendment protections remain relevant as the department engages in sensitive terrorism investigations.

The order barred police from gathering, filing, indexing or disseminating information relating to any person’s beliefs, opinions, associations or the exercise of other First Amendment rights or assisting any other agency to do it.

The Memphis Police Department is a partner in the FBI’s local Joint Terrorism Task Force, a secretive team of nine state, federal and local agencies that investigates real or potential terrorism threats.

Officials in the FBI’s Memphis office say there are several layers of oversight to protect the task force from the type of alleged civil liberties abuses that have dogged the FBI nationally as it investigates domestic and international terrorism leads.

The paper reported that the department’s policy and procedures manual did not include the order’s requirements by listing them in procedure manuals; another requires public posting of the order; a third requires written authorization from the police director for any criminal probe that could intersect with First Amendment concerns.

A. Todd McCall, assistant special agent in charge of the FBI’s Memphis office, declined to discuss specific surveillance, but cited a range of protections including congressional and Justice Department oversight and a policy encouraging agents to report problems or abuses.

“That goes quite a distance actually in preventing abuses. I’m not going to sit here and tell you there haven’t been any. But when they occur, they’re dealt with,” McCall said.

Dr. Mohammed Jamil Akbik, a surgeon and recent president of the Muslim Society of Memphis, said the local Muslim community has a good relationship with the FBI and said he’s unaware of any specific civil rights abuses.

“The fact that he (Godwin) is not even aware of it is scary,” said Bruce Kramer, a Memphis attorney whose suit on behalf of the ACLU and individual war protesters spied on by police produced the 1978 order.

Kramer said he’s considering taking the matter back to court to have a judge determine if the Memphis Police Department is complying.

Kramer said Morris’ suggestion the order may no longer be valid is without merit. The order has no expiration date. Jeffrey F. Addicott, director of the Center for Terrorism Law at St. Mary’s University Law School in San Antonio, said he’s aware of no law that would invalidate the consent order.

Information from The Commercial Appeal, http://www.commercialappeal.com

“Those were dangerous times. Everybody has to realize that.”

‘It’s just like in the movies,’ former ’70s activist recalls. ‘You could spot them a mile away.’ 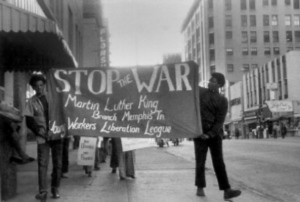 Under observation: Protesters with the Young Workers Liberation League march in a war protest in Downtown Memphis in 1973. William H. Lawrence and his team at the FBI, as well as the Memphis Police Department, kept watch on the group through intelligence gathered by a network of informants developed by Lawrence.

Slow and steady, the marchers made their way down Main Street, then over to Front.

They were a collection of black militants, white war protesters and self-proclaimed socialists, banded together on a march through Downtown Memphis on April 4, 1973, the fifth anniversary of Dr. Martin Luther King’s assassination.

One marcher, Allan Fuson, a young activist with a bulging FBI file, was used to being followed around by men in dark suits who would often take his picture. They were out again this day. So Fuson decided to take his own pictures: On the plaza in front of City Hall he captured three plainclothes police officers, one with a long-lens camera around his neck — Jerry Davis, a commander with the Memphis Police Department’s domestic intelligence bureau.

On Front Street, Fuson shot another picture: Ernest Withers, the news photographer who doubled as an FBI informant, staring into the viewfinder of a camera dangling from his neck. “I could tell when they were watching. It’s just like in the movies,” said Fuson, now 61. “You could spot them a mile away.”

Fuson, now a Cincinnati businessman, became very familiar with MPD’s intelligence bureau, known as the Red Squad. Working in tight collaboration with the FBI, MPD’s squad kept files on numbers of citizens from the late 1960s until 1976, when a leak forced it to close. A subsequent lawsuit led to a federal order in 1978 banning political surveillance at MPD. For Fuson, a conscientious objector and the son of Quakers, that surveillance included teams of plainclothes officers who often tailed him and his associates as well as an undercover cop who grew long hair and infiltrated Fuson’s small band of activists, the Young Workers Liberation League.

That officer, Byron “Gene” Townsend, followed a typical path for undercover political agents: Graduating from high school in 1964 in Parsons, Tenn., he was drafted into the Army, served two years in Vietnam, then took a job at MPD. From his first day on the force in July 1969 he was placed undercover, police records show, working under a code number — Agent 503 — as he infiltrated a range of left-leaning groups at Memphis State University, including the local chapters of Students for a Democratic Society and Vietnam Veterans Against the War.

Paydays consisted of secret meetings in parking lots where an MPD official handed him an envelope stuffed with cash. They wanted no paper trail linking Townsend to MPD.

“It got to a point where it wasn’t the money anymore, it was the thrill,” said Danny Townsend, brother of Gene, who died in 2003 following a 33-year career at MPD in which he rose to the rank of captain.

Townsend’s undercover reports, filed with MPD and, in turn, given to the FBI, show the agent was a regular at Fuson’s small strategy sessions where four or five Young Workers members discussed issues like the war and police shootings of black citizens. In separate reports in July 1970, the undercover agent noted that Fuson owned books by Communist leader Gus Hall, that he shared an apartment with a black activist and that he was a supporter of liberal U.S. Sen. Albert Gore Sr.

Once, Fuson believes, someone at MPD or the FBI took things so far as to interfere with a job he’d lined up as a medical assistant at Methodist Hospital. …