"The laid-off workers were owed over $2 million dollars in severance pay, but it was not until significant pressure from college students and administrators mounted that Nike responded to the workers' claims. ... " 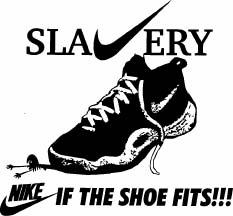 In a victory for student organizers at Roosevelt and across the country, apparel company Nike agreed on July 26 to pay $1.54 million to a group of Honduran factory workers who were displaced from their jobs when the factories they worked in were closed without warning.

According to the New York Times, several universities including the University of Wisconsin at Madison severed licensing agreements with Nike due to the issue, and a nationwide grassroots protest campaign was launched with the support of the United Students Against Sweatshops, a group which campaigns on behalf of paying living wage for workers creating University apparel.

The Workers Rights Consortium investigated the closing and concluded that, under Honduran law, the laid-off workers were owed over $2 million dollars in severance pay, but it was not until significant pressure from college students and administrators mounted that Nike responded to the workers' claims.

The payment package, which Nike has labeled as a "worker relief fund," also includes funds for training and placement assistance for the 1,800 workers who were left jobless after the closings.

As reported by the Cornell Daily Sun, CSAS President Alex Bores said that Nike's actions constituted "the first time in history that an apparel corporation has taken responsibility for its subcontractors."

Roosevelt University hosted two of the Honduran workers, Gina Cano and Lowlee Urquia, for a student discussion in April.

Students also collaborated with other area schools for a protest at Nike Town in Chicago.  The campaign, titled "Just Undo It," also found support from the USAS.

Andrea Alexander, a Roosevelt student who was involved with the protest, said that news of the victory made her feel that "students across the country can unite."

"When I read the email from the USAS and told the other people who were involved, it made me feel like students really can make a difference," she said.

In March Roosevelt announced its intention to join the Workers Rights Consortium, an organization that monitors conditions in factories where college apparel is manufactured.

This affiliation would satisfy students' concerns about workers' rights, while also allowing Roosevelt to maintain a working relationship with Nike.