Lauren Carasik of the Western New England School of Law says that the US must restrict aid to the Honduran government, so long as human rights abuses continue …

Honduras is plagued by the world’s highest homicide rate. This has been widely reported for the past two years, yet the number of deaths has continued to climb. The UN put the number of homicides in 2011 at 91 per 100,000. The rate has spiked since the illegal coup d’état that ousted the country’s democratically elected president in 2009 and the subsequent breakdown of Honduras’ institutions; in 2008 the homicide rate was 61 per 100,000. A climate of impunity solidified as the generals and others who carried out the coup were rewarded with appointments in the post-coup government rather than prosecuted for their role in the overthrow.

Contrary to what is often suggested in the press, the violence is not just random or drug- or gang-related; some of the most vulnerable sectors in society are frequent targets — those whose rights the US Department of State tells us it considers to be a high priority — women, the LGBT community, journalists, opposition party politicians and Hondurans who opposed the coup. Twenty-five journalists have been murdered in Honduras since the 2009 coup; all but one of them since the current post-coup president, Pepe Lobo, took office in January 2010. At least 53 lawyers were killed between 2010 and 2012.

On my recent trip to the Lower Aguan region of northern Honduras, I visited with campesinos from the San Isidro collective that were occupying land to which they possessed legal title, the patina of legitimacy that has often been wrested away from the campesino collectives through fraud and coercion. This legal title emanated from a rare victory meted out by the notoriously ineffective judicial system that typically favors the agro-oligarchs engaging in brutal land grabs in the region. Those with whom we met spoke eloquently of their intrepid lawyer, Antonio Trejo. He was the only lawyer in the Aguan region that had successfully litigated land rights claims for the campesinos. Trejo was gunned down in September 2012, and his brother was murdered five months later. While some are confident that Trejo’s murder was related to political persecution, alternative apolitical motives for Trejo’s murder have been floated. Irrespective of the motive, Trejo’s untimely death eliminates the one lawyer who had achieved any relief for the beleaguered campesinos of the Lower Aguan. Each murder statistic rattled off is a real person with a real family that will be forever anguished by the loss of their loved ones.

This repression has been aided by US support for the alleged perpetrators of many of these crimes: the Honduran police and military. Concerned US citizens across the country have weighed in with our members of Congress, and Hondurans and other Latinos living in the US have also voiced their concerns about US support for Honduras’ police and military while it continues to kill, kidnap, torture and commit other heinous crimes with impunity. Congress responded to these concerns. In March 2012, 94 members sent a letter [PDF] to the State Department urging it “to suspend US assistance to the Honduran military and police given the credible allegations of widespread, serious violations of human rights attributed to the security forces.” Just this January, 58 members voiced concerns about repression of Honduras’ Afro-indigenous Garifuna community, several of whom were “collateral damage” in a lethal DEA-related counter narcotics operation last May.

The response from the State Department has been tepid at best. When asked about human rights in Honduras, State Department spokespersons speak of “protect[ing] the human rights of all Hondurans,” as they did yet again last month, yet they fail to express concern regarding the many attacks targeting political opponents and other vulnerable groups. Meanwhile, the killings have continued while the perpetrators go free. Partly in response to the lack of urgency on the part of both the State Department and the Honduran government to halt the killings by the police and military, last year Congress halted tens of millions of dollars in aid money under the “Leahy Law” which bars US assistance to units believed responsible for gross human rights abuses.

Senator Patrick Leahy (D-VT) and his colleagues’ concerns have focused on National Police Director General Juan Carlos “El Tigre” Bonilla, who has been accused of running death squads in the early 2000s. While it is true that Bonilla was acquitted of a murder charge, the head of police internal affairs at the time, Maria Luisa Borjas, claims that she was threatened and that high-level security officials obstructed investigations into serious allegations against Bonilla regarding murders and forced disappearances. Other pending murder charges against Bonilla have not yet been fully investigated.

US funds for the Honduran police have continued, but State Department officials have said that these are for specially “vetted” units that are not under Bonilla’s control. US Assistant Secretary of State for the Bureau of International Narcotics and Law Enforcement Affairs William Brownfield even committed to increasing security assistance to the tune of $16.3 million during a trip to Honduras over St. Patrick’s Day weekend.

The same weekend, the Associated Press released a major investigative feature examining ongoing death squad activity in the Honduran police, profiling among others the case of a suspected gang member and his girlfriend who were taken into police custody and subsequently disappeared. The AP also noted that other recent incidents — including one caught on video showing the extrajudicial killings of suspected gang members by armed gun men on city streets — fit the modus operandi of police death squads, and that Honduran prosecutors have received over 200 complaints about “death squad style killings” in Honduras’ two largest cities over the last three years.

It appears that the State Department has not been honest with Congress about whom it is funding. A follow-up AP report reveals that no special “vetted” units exist outside of Bonilla’s control. All Honduran police — according to Honduran officials and legal experts cited in the article — report to the national police chief after all. It is inconceivable that the US State Department was not aware of this chain of command, nor that US funds could easily wind up in the hands of police death squads.

It is outrageous if the State Department is attempting an end run around Congress to fund shady, questionable security forces in Honduras. Such conduct disrespects Congress, and disrespects constituents who have worked hard to have our voices heard regarding what is done in our name, with our taxpayer dollars. Given US complicity in human rights abuses in Central America for decades, we should know better. History has demonstrated our willingness to disregard human rights abuses while advancing US geopolitical interests. In fact, these revelations come just as General Rios Montt finally faces trial for the genocide perpetrated by his scorched earth policies in Guatemala, and the US has apologized for its role in Guatemala’s bloody history. We must not repeat past mistakes that contributed to unspeakable suffering.

There are simply too many concerns, too many red flags, for the US-Honduran relationship to continue on its current path. The State Department’s response to ongoing questions over Bonilla’s dark history should be to exercise the precautionary principle and cut off funding as long as the questions persist. But that cannot be all: more importantly, US support for Honduras’ brutal police and military must cease as long as the rights violations continue and impunity reigns. John Kerry, the new US secretary of state, has signaled before that he is sympathetic to this common sense approach. Let’s hope he maintains that posture in his new capacity.

Lauren Carasik is a Clinical Professor of Law at Western New England University School of Law, where she serves as Director of the International Human Rights Clinic and the Legal Services Clinic. Her areas of interest include poverty law, law and social change, and human rights. 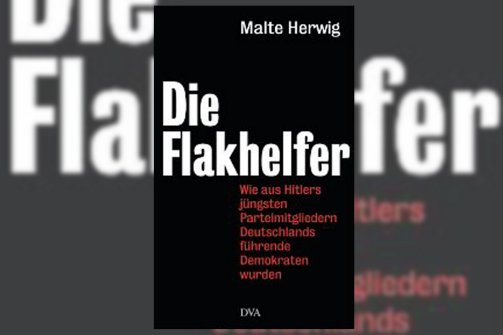