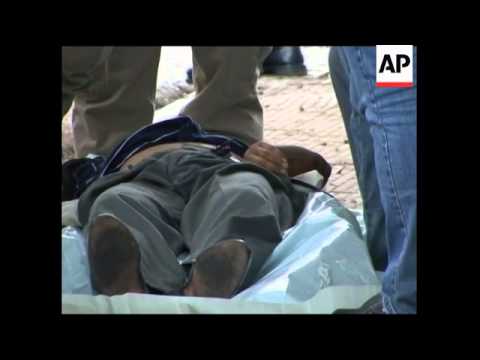 Also see: “Behind the Murder of Honduras’ Drug Czar,” Time, December 17, 2009: “The assassins came for Honduras’ antidrug czar moments after he dropped his daughter off at school. His car was still in front of the schoolhouse when the two men drove up on a motorcycle and fired 11 bullets into Julian Aristides Gonzalez’s body. His devastated wife rushed to the scene and kissed the corpse of the 57-year-old former general. He had been planning to retire within two months and move his family to Canada. …”

TEGUCIGALPA, Honduras –  The Honduran government has vowed to suspend several top police officials amid mounting evidence they conspired to kill the country’s top anti-drug prosecutor and two other prosecution employees several years ago.

President Juan Orlando Hernandez said at a news conference Tuesday that any police official mentioned in a report published by the newspaper El Heraldo would be suspended and brought before justice.

Prosecution agents raided the main National Police headquarters in the capital looking for evidence in the alleged plot.

El Heraldo published accounts of tapes that suggest police officials paid assassins about $20,000 to kill anti-drug prosecutor Julian Aristides Gonzalez in 2009. Police were also implicated in the killing of prosecutor Orlan Chavez in 2013 and security adviser Alfredo Landaverde in 2011.

From the BBC Archives

Gunmen in Honduras have shot dead the head of the country’s anti-drug trafficking operations.

Police said retired Gen Julian Aristides Gonzalez was travelling in a car in the capital, Tegucigalpa, when attackers on a motorcycle opened fire.

Honduras is a major route for drugs smuggled from South to North America.
The nation, mired in political crisis since President Manuel Zelaya was ousted in June, also has one of the highest murder rates in the region.

Gen Aristides, director general of the national office for combating drug trafficking, was travelling by car through Tegucigalpa when two attackers on a motorcycle opened fire, police said.

He was reportedly travelling alone, without bodyguards.

On Monday, Gen Aristides had presented a report about drug trafficking through Honduras and voiced concern about the number of landing strips in Honduras that traffickers were using.

He said land owners who allowed their property to be used could face charges of involvement in drug smuggling.

Honduras has long been seen as a transit route for cocaine smuggled from Colombia to the US, with much of the drugs flown into remote airstrips by light aircraft and then moved on to Guatemala and Mexico to reach the North American market.

Gen Aristides said recently he believed smuggling had surged since the US limited anti-drugs co-operation with Honduras in protest at the ousting of President Zelaya in June.

Police have said they have detected more aircraft carrying drugs but have limited resources to stop them without US helicopters and radar.

The Central American country has seen political upheaval this year after President Zelaya was removed from office. He remains holed up in the Brazilian embassy in Tegucigalpa.

Elections at the end of November, recognised by some countries, including the US, saw Porfirio Lobo chosen as the next leader. He is due to take office on 27 January. 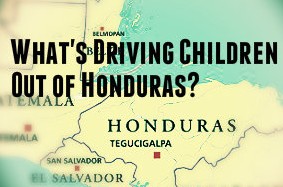