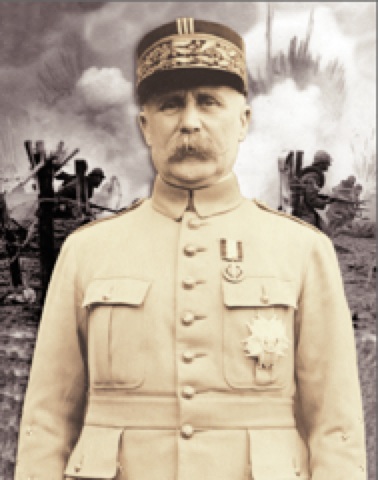 The head of the French government which collaborated with the Nazis during World War II personally made harsh anti-Jewish legislation even tougher, a leading Nazi hunter said on Sunday, citing a newly unveiled document.

Serge Klarsfeld, decorated for his work to bring Nazis to trial, said Philippe Petain penciled harsher measures into a Statute on Jews issued by his Vichy regime exactly 70 years ago.

First World War hero Petain signed an armistice with the Nazis in 1940 which divided the country, leaving the north in German hands. Petain created a government to the south in unoccupied France with its capital in Vichy.

According to the Statute, which Klarsfeld said had been handed over anonymously to the Holocaust Memorial in Paris and authenticated by its experts, Petain penciled in his own notes drastically worsening conditions for Jews in France.

“We didn’t know until now that Petain had made changes to the text of Oct. 3 1940 and that he had made it more strict,” Nazi hunter and founder of the Association of the Sons and Daughters of Jews deported from France Serge Klarsfeld told reporters on Sunday.

The Vichy government helped in deporting about 80,000 Jews to concentration camps from France between 1942 and 1944.

“It shows this was the desire of Petain himself,” he said of the document, which went on display a few days earlier. The original text had excluded the descendants of French Jews born or naturalized before 1860, but the notes showed Petain had crossed this out, making all Jews targets for discrimination.

Petain also widened the exclusion for Jews in society, barring them completely from jobs in education and the justice system and preventing them from standing for elected posts.

Until now, there has been little documentation on Petain’s Vichy government and his stance towards the Jews.

His defenders have always said his policies aimed to protect French Jews by assimilating them into the local culture and converting them into Catholics.

“That argument collapses with this document,” said Klarsfeld, awarded the Legion of Honor by then-President Miterrand for his work seeking prosecutions for Nazi war crimes.

Petain was tried after the war and sentenced to death for treason, but his sentence was commuted to life imprisonment on an island off the Atlantic coast. He died in 1951.