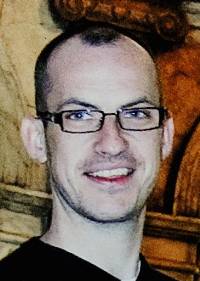 The family of a Londonderry man murdered by the Real IRA say they will lobby outside Downing Street if police are not given clearance to question MI5.

Relatives of 31-year-old Kieran Doherty — who was shot dead in February this year — spoke out following a meeting with the Secretary of State Owen Paterson in Belfast on Monday.

The family asked for the meeting to discuss allegations Mr Doherty was being harassed by MI5 in the months before his murder.

The father-of-one was found murdered on the Braehead Road on the outskirts of Derry. The Real IRA later admitted the killing and claimed Mr Doherty was a member of the organisation. It claimed he had admitted his involvement in a €500,000 cannabis factory uncovered by gardai in Donegal.

The Real IRA said he had denied working for MI5 but they believed MI5 had played some role in the drugs factory to “blacken the IRA’s name and link us to the drugs trade which we abhor”.

The family denied he was involved in the drugs trade.

Mr Doherty’s father Aidan Coyle, sister Lindsay Doherty and uncle Vincent Coyle were accompanied to the meeting by Foyle MP Mark Durkan. Speaking after the meeting, Vincent Coyle said they wanted police to have access to everyone who might have information — including MI5 personnel.

“We had a very full and frank discussion with Owen Paterson and laid our cards on the table about alleged harassment of Kieran prior to his murder,” he said. “We wanted to ask him to give his blessing to the PSNI to question MI5 on this matter. We need to get answers and there is no point in Matt Baggott sitting up there not having access to potential witnesses and information. The family have alleged that MI5 were carrying out surveillance and were harassing Kieran.

“There are an awful lot of questions we need answers for. If MI5 are outside the police people are going to say, ‘why should we support the police?’”

He added: “I am not criticising the PSNI but you cannot have half an investigation. They need access all areas.”

Mr Durkan said: “The family believe that whilst the PSNI are currently investigating this murder that the security services are not complying fully with that investigation. They are challenging the Secretary of State to ensure that MI5 — as a British Government security service — will co-operate fully with the PSNI during this investigation. There are very grave concerns and a number of questions about the behaviour of MI5 agents who were active in and around Derry at that time which still remain to be answered.”

A spokeswoman for the Northern Ireland Office said: “The Secretary of State listened carefully to what Mark Durkan and the family had to say. It would not be appropriate to comment further given that the murder is the subject of an ongoing police investigation.”