The allegations about the links of one of the world's most famous modern designers to France's wartime collaborationist Vichy regime have been released just ahead of a major Paris exhibition of his work.

It has long been known that Le Corbusier had links with France’s Nazi-backed government which ruled his homeland after the country’s surrender to the invading Germans during the 1939-45 war.

But the latest claims have shocked admirers and threaten to cast a shadow over commemorations of the 50th anniversary of his death.

Paris's Pompidou Centre, which is to open a three-month long exhibition dedicated to Le Corbusier next week, faces allegations of failing to mention the controversy.

Xavier de Jarcy, a journalist who wrote about the find in his book "Le Corbusier, un fascisme francais" (Le Corbusier, a French fascism), said: "I discovered he was simply an outright fascist." 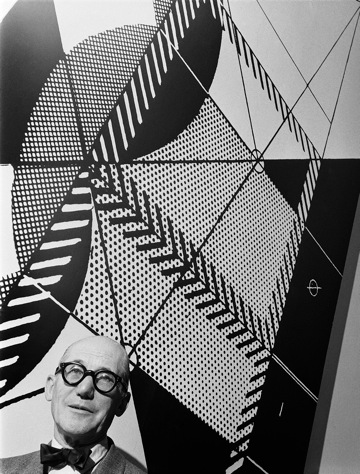 The architect "was active during 20 years in groups with a very clear ideology" but that "has been kept hidden", said another author, Francois Chaslin, who published a work entitled Un Corbusier.

Born in Switzerland in 1887 as Charles-Edouard Jeanneret-Gris, the architect moved to Paris at 20 and in 1920 adopted his nickname Le Corbusier from an ancestor. Ten years later he took French citizenship.

Known as one of the main pioneers of the modern movement in architecture, he influenced France's post-war planning policy for decades with his ideas of functional apartment blocks with parks.

Pierre Dac, a Humorist in the French Resistance