The French have long been in denial about their role in the war, but the publication of collaborators' names forces recognition 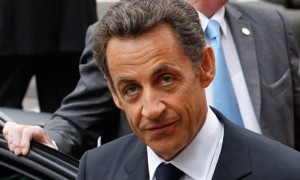 The father of French president Nicolas Sarkozy fled to Berlin as Soviet troops approached Hungary at the end of the war. Photograph: Suzanne Plunkett/Reuters"What did you do in the war, papa?" is going to become an increasingly pertinent question in France over the next decade or so. The country's police are not only going to be releasing the names of second world war collaborators, they are going to be posting them on the internet.

The slow process of digitising batches of long-forgotten reports is already under way in station archives across the country, so that they can go online the moment the 75-year secrecy notices come to an end. This means, for example, that if a beloved great uncle was caught slipping some black market camembert to the Bosch in 1940, then the whole world will be able to read about it from 2015.

Of course, for many more the situation will be a lot more serious. Dark secrets from the occupation have remained just that thanks to an amnesia affecting all sections of society. Just as statesmen and civil servants routinely forgot how almost 80,000 Jews and other "undesirables" were sent from France to their deaths in Nazi concentration camps, so no one could recall having a relative in the Waffen-SS Charlemagne division, or even attending one of their Edith Piaf-led sing-a-longs. Instead, the myth of resistance maintained that the majority of French people spent their war tapping out morse code to Charles de Gaulle in London, in between blowing up the occasional Berlin-Paris arms train.

This pitifully dishonest view was encapsulated by Le Chagrin et la Pitié (The Sorrow and the Pity), the brilliant documentary produced by Marcel Ophüls in the late 1960s. Interviewing everybody from French-German translators to bicycle shop workers, it provided a variety of novel reasons for collaboration, not least of all "hatred of the British and all things Anglo-Saxon". Other routine excuses included "suspicion of Bolshevism", "the desire for a quiet life" and – of course – antisemitism. Young women seemed to be among the few social groups who were actually castigated for their compliancy with the Germans, as reflected in all those gruesome black-and-white newsreel films of them having their hair shaved off in public (why do men always escape this kind of street punishment?).

Le Chagrin was, predictably, banned across France until the 1980s, summing up the wish of censors not to upset their country's fragile psyche. Change came very slowly indeed, and it was not until last year that the council of state, France's highest judicial body, ruled that Nazi officials did not always force people to betray their fellow citizens, but that persecution was often carried out willingly. This made a mockery of successive governments who refused to acknowledge any role in the Holocaust by the wartime Vichy regime. President Jacques Chirac's admirably blunt observation that 'yes, the criminal folly of the occupiers was seconded by the French, by the French state' summed up the reality of the collaborationist Republic.

While the bundles of police files covering this period will be scoured with a mixture of fascination and unease, one Frenchman who probably has nothing to worry about is Nicolas Sarkozy. His family's war was spent mostly in Nazi-occupied Hungary, where the future émigrés retained their servants and impressive countryside pile outside Budapest. However, forgetting internet naming and shaming, the new mood of openness may well lead to questions about why Pál Sárközy de Nagy-Bócsa – the head of state's now elderly father – fled to Berlin as Soviet troops approached Hungary at the end of the war. In this sense the "what did you do in the war, papa?" conundrum is just as likely to trouble a French president as it is his numerous constituents.