" ... Both Pakistan and France were quick to pin the blame for the attack on al-Qaeda but as time went by it became apparent that the bombing was not orchestrated by al-Qaeda but most probably by Pakistani intelligence and military interests in retaliation for the French government’s decision to stop the payment of outstanding and occult commissions worth over $30m to Pakistani officials who had helped France to land the submarine contract. ... " 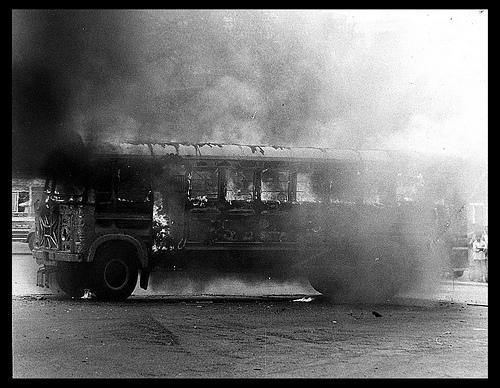 The 2002 Karachi bombing which killed eleven French engineers against a backdrop of secret arms deal commission payments to Pakistani officials should be fully investigated, but it probably won’t be because of organized political resistance.

French dailies are buzzing with more revelations on the Karachi bus bombing attack in 2002 and several lawsuits have been filed against prominent politicians in connection with it whilst others have begun using the affair to settle scores.

The Karachi bus attack occurred on May 8, 2002 when a suicide bomber stopped next to a bus containing French naval engineers and local contract workers and blew both himself and the bus up. The explosion resulted in the deaths of 11 engineers and 2 Pakistanis. The engineers were in Pakistan to help the Pakistani Navy to finalize the design details for several Agosta 90B class French submarines that Pakistan had ordered.

Both Pakistan and France were quick to pin the blame for the attack on al-Qaeda but as time went by it became apparent that the bombing was not orchestrated by al-Qaeda but most probably by Pakistani intelligence and military interests in retaliation for the French government’s decision to stop the payment of outstanding and occult commissions worth over $30m to Pakistani officials who had helped France to land the submarine contract.

That contract involved the sale of three submarines in 1994. The deal was worth about $950m and several very prominent and still active politicians were involved in it. The Budget minister at the time – the person responsible for overseeing the financial side of arms contracts – was no other than Nicolas Sarkozy, who had been appointed by Prime Minister Edouard Balladur. Balladur subsequently ran for president and was beaten by his arch-enemy Jacques Chirac in 1995.

Chirac was aware of rumors that Balladur may have illegally received $2m in kickbacks that were funneled back to France to pay for his failed campaign and he got his revenge on Balladur by ordering covert inquiries into the rumors. More crucially, he also put an immediate stop to the commission payments to Pakistan. That decision is now widely believed to have led to Pakistani outrage which resulted in the bombing as an act of revenge.

Investigations into the affair by various French independent magistrates have led to suspicions that Sarkozy may have set up shadow companies to channel money back to Balladur, and a former Defense minister under Chirac, Charles Millon, recently told the inquiry that kickbacks on that deal did indeed exist. 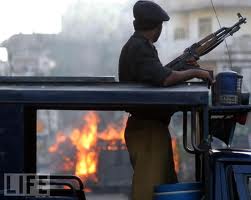 Sarkozy, Balladur and Chirac have all denied being involved in, or responsible for, the kickbacks ever since but the investigations have led the associations which represent the victims’ families to demand official investigations into their roles.

This week has seen charges being brought against Chirac and his former Elysée Palace Secretary General and supporter Dominique de Villepin by the families for “Endangering the lives of others” and “Involuntary homicide.” They are also demanding that Sarkozy be heard as a material witness in the case and that he appear before the nation to explain his actions. The families believe that the affair has been characterized by the state’s refusal to cooperate by releasing certain classified documents.

These are serious developments and they come just as France is gearing up for its next presidential campaign, that which may or may not be a coincidence. The opposition Socialists are of course delighted and they have demanded that the state comes clean on Karachi and the commissions. The families also intend to file a lawsuit against the President of the National Assembly  Bernard Accoyer  for “obstruction of justice.”

In a separate development, journalists working on the story are complaining about their phones being tapped and claim that they are being followed by what they allege are secret service members.

Politicians are beginning to use the affair to settle old scores and marginalize opponents, with the central characters all subtly blaming each other for the way the deal was set up. That is also why ex-Defense minister and centrist presidential hopeful Hervé Morin reminded journalists today that Balladur’s party Secretary at the time – François Bayrou – may have been aware of the commissions. Bayrou is, of course, Morin’s main competitor today in the fight for centrist votes in 2012 and anything that may damage his reputation would help Morin.

This is an extremely complex affair and several high-flying politicians are implicated. But that is precisely why it may never lead to anyone being seriously threatened by the justice system.

The fact that the families have decided from frustration to blitz everyone concerned with law suits is understandable, but it may well turn out to be counter-productive. Senior French politicians are notorious for using the law and its long and arcane procedures as well as parliamentary obstruction to hinder investigations for years with appeals, refusal to cooperate under immunity laws and other means. They will do the same thing here and the number of lawsuits will only help to drag out the whole process.

That is why this affair is likely to run and run for years. In fact it will probably run until it just runs out of steam because of presidential pardons and waning public interest, just as so many other investigations into the actions of French politicians have done in the past.