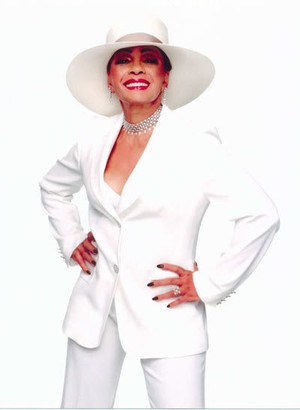 The Diva. Photos From the Collection of Alan W. Petrucelli

But the cause of death can change.

And we hope that will be the case with Dame Shirley Bassey’s daughter, Samantha Novak. (Her father was Bassey’s second hubby, Sergio Novak.) British police have decided to reopen their investigation into the 1985 death of the diva’s daughter after detectives received new information that suggested she might have been murdered . . . and after Dame Shirley gave a newspaper interview last October questioning the death.

Samantha was found face-down in a river near a 250-foot suspension bridge in the English city of Bristol 25 years ago. A coroner's report said the 21-year-old tumbled off the riverbank after a night out with friends.

Nonsense says Shirley, who has always insisted that her daughter‘s death was neither accident nor suicide. Last October she told The Guardian, “I never believed that she killed herself,” she muses. “If she'd jumped off the bridge, all her bones would have been broken. But there was not a bone broken. In fact she did not have a mark on her. So if anything, I'm suspicious about her death. They said she didn’t have a mark on her, and she didn't have any water in her lungs. So if somebody’s drowning, they gasp, don’t they?”

Police explain that they are “making fresh inquiries into the case” after the mother of Penny Beale—who was killed by her lover Michael Moffat in 2001—told them her daughter said Moffat was involved in Novak’s death. (Moffat spent 11 years in jail for brutally murdering Beale.)

Says Detective Chief Inspector Mike Carter, head of the force’s major crime review team: “The mother of Moffat’s victim wrote to us with some information in the last couple of weeks. Her daughter had said that Moffat told her he was involved in the murder of Samantha Novak. We looked at the circumstances surrounding the death after comments made by Dame Shirley Bassey.“

The official police statement read: “The mother of Moffat’s victim wrote to us with some information in the last couple of weeks. Her daughter had said that Moffat told her he was involved in the murder of Samantha Novak. There was nothing from the coroner's report to suggest it was murder rather than suicide, however this information is obviously additional so we are making fresh inquiries.” Police plan on questioning Moffat, who is being held in Scotland.

What’s surprising is that Penny Beale insists she first informed police of her concerns that the man who murdered her daughter might have killed Novak. She claims she has contacted officers with the allegation “over and over again,” but believes police refused to take her claims seriously until Bassey’s interview.

“In the summer of 2001, I told police my concerns he had murdered Samantha and was going to kill Penny but everybody thought I was just a mad, overprotective parent. What he did to my daughter wasn’t a one-off. He did horrible stuff. I think there is a strong possibility that Samantha Novak was murdered by Moffat.”

Dame Shirley’s take? Her spokesman insists, “We have no comment. We have not been informed by the authorities of this investigation. The police have only taken me seriously this time because of what Shirley said in interview.”

The Pentagon Shooter and the Murder of Col. James Sabow