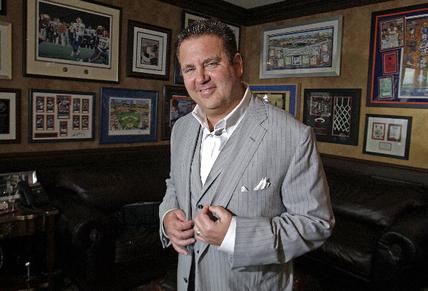 Add another member to Scott Rothstein's unofficial Moroccan club -- Cafe Iguana owner and longtime Rothstein associate Stephen Caputi. Caputi joins Rothstein's "uncle," a former bodyguard, and a Moroccan-born guide to the list of those who traveled to Morocco during Rothstein's weeklong stay after he fled to the country when his $1.2 billion Ponzi scheme collapsed.

We already knew that there was a $1 million bank account in Casablanca with Caputi's name on it. The money is being seized by the federal government. This mini-bombshell leads to many questions for Caputi, who of all of Rothstein's close associates seems to be discussed the least. Chiefly, why did Rothstein ask him to fly out to Morocco? Another key question: What did he do for Rothstein, if anything, while he was there?

So I got Caputi on the phone.

"I don't want you to take this in any kind of  rude way, because it's not meant that way," Caputi said after taking my call at his nightclub. "But I just don't have any comment at this time. Bye-bye, Bob."

He hung up as I tried to ask him questions. So much for that. I also asked Bob Scandiffio, Rothstein's former bodyguard, if he saw Caputi in Morocco. Rothstein also flew Scandiffio out to Casablanca with a bizarre plan to try to shave time off of his eventual prison sentence. Other than Scandiffio and Caputi, the only other people who went with Rothstein to Morocco were Bill "Uncle Bill" Boockvor and his guide, Ahnich Khalid.

"I can't comment on that because it's an ongoing investigation," Scandiffio said. 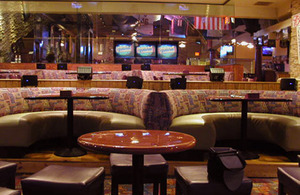 ​​Rothstein and his old law partner Howard Kusnick had business ties to Caputi dating back to the mid-1990s and apparently invested in Caputi's clubs. Rothstein Rosenfeldt Adler bankruptcy records indicate that Rothstein issued a $61,500 loan to Caputi's company, Kendall Sports Bar. He also apparently funneled some of the money through law firm associate Steven Lippman, who allegedly wrote an $89,000 check to KSB.

Of all of Rothstein's close associates, though, Caputi has been talked about the least.

Yet it's becoming increasingly clear that he was a key figure in Rothstein's life. We knew that Rothstein represented Caputi's clubs, including the Cafe Iguana in Pembroke Pines, and that he also put $1 million in a Moroccan bank account under Caputi's name. Rothstein also threw law firm parties at Cafe Iguana, including the Christmas party in 2008.

Now we learn from sources that Caputi flew out to Morocco at the end of October to join Rothstein in Casablanca after the Ponzi scheme imploded and he fled the country.

If you want to get an idea of what Caputi is like, the best place is a 1997 article  that was published in the Miami New Times about Caputi's struggle with state beverage agents, who shut a Cafe Iguana club down after it was discovered that bathroom attendents there were selling cocaine. From the article by Miami writer Kirk Semple:

"The ABT needs to be dissolved!" erupts Steve Caputi, director of administration for Chameleon Concepts Inc., the Hollywood-based corporation that owns a small empire of South Florida nightspots including Cafe Iguana, Marsbar, Fat Kats, a second Cafe Iguana in Fort Lauderdale, and Bermuda Bar and Grill in North Miami Beach. "When you can turn evidence like $235 worth of cocaine over a three-month period into the need for an emergency suspension order, you need to go back to the statutes and learn what crime really is!"

He swigs his bloody mary through a straw and puffs out his chest. "You know what it is? It's the rise of communism into American society. You can't arbitrarily usurp life, liberty, and property without due process. Hey, the only thing they didn't do was kill us."

The arrival of a waitress wearing almost completely cutoff jeans and a T-shirt bunched in a knot at her breasts is enough of an interruption to distract Caputi, and he wanders off. But attorney Louis Terminello, who represented the clubs against the ABT, quickly takes up where his client left off. The issue isn't whether drugs were being sold on the premises, says Terminello, a heavyset man with a penchant for heavy metals: gold watch, gold rings, gold bracelet. During the hearing he didn't dispute allegations that the bathroom attendants were peddling cocaine. But the dealing was taking place without the knowledge of the management and the owners.

Sounds like two guys who would have gotten along famously with Rothstein, doesn't it? At that time, Caputi's clubs, which he owned with three partners, were said to bring in more than $15 million a year. The majority shareholder in the company at the time was David Lageschulte, who also owned at least 15 Hooters restaurants and, interestingly, a stake in Dan Marino's American Sports Bar & Grill.

Another Caputi quote from the 1997 piece: "They're supposed to help us, not act like the Gestapo. They could've picked up the phone and told us we had a problem. But they didn't want to solve the problem. They wanted to crucify and get headlines. 'Operation Bar Bust.' We called it 'Operation Ball Bust.'"

-- Thanks to everyone who supplied questions for tomorrow's radio debate with District 19 U.S. congressional candidates. I'm going to ask them, and more suggestions are welcome.