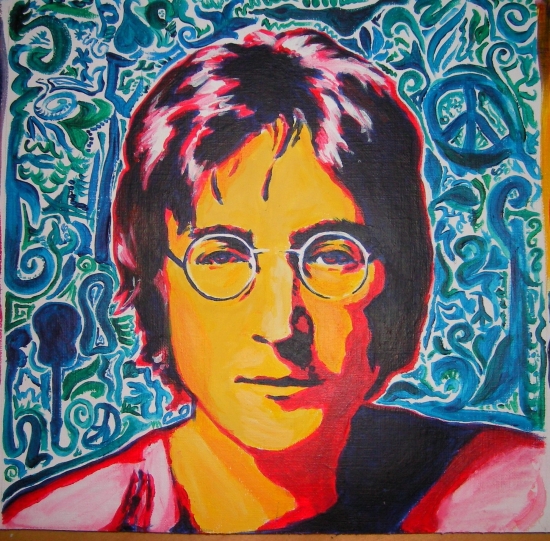 John Lennon would be 70, if he were still alive. He was gunned down in 1980 by Mark Chapman, an alleged fanatic fan of the singer, in New York, who shot Lennon in the back four times.

The fact that Lennon was a harsh critic of the Vietnam War, which resulted in a lengthy attempt by Richard Nixon's administration to deport him from the United States, however made some people raise the question whether he was actually eliminated by the U.S. government.

“John fell down in front of me. And the question I repeated over and over again at that time was ‘who killed him?’” Lennon’s wife Yoko Ono, 77, remembers her late husband in an interview with JoongAng Ilbo.

“The only thing in my mind was: ‘Who is behind John’s death?’” Ono said in the report on Saturday.

But she refused to be drawn to speculate whether she believes it was a political murder. “Then and now, I don’t know the answer. After a long and painful period, I don’t think about the question anymore.”

Lennon through his songs imagined that there would be a world of communities. “John was ahead of his time. He often talked about a ‘global village.’ His prophecy has been realized.

Ono believes that the world now is more peaceful than what it was in the 1960s and 1970s.

Despite her husband’s death, she remains an optimist. “The media always focus on disasters and terrible things. But if we look closely around us, we will realize that the world is much calmer.”

“I think we now have approached near the entrance of a beautiful and peaceful world,” she said.