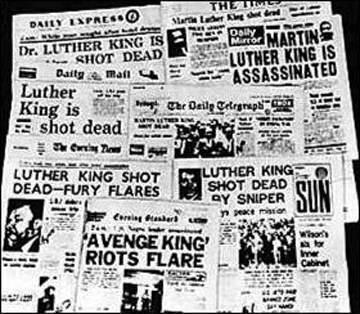 Martin Luther King’s family and his attorney, William F. Pepper, won a civil trial that found US government agencies guilty in the wrongful death of Martin Luther King. The 1999 trial, King Family versus Jowers and Other Unknown Co-Conspirators, is the only trial ever conducted on the assassination of Dr. King. The King family’s attempts for a criminal trial were denied, as suspect James Ray’s recant of what he claimed was a false confession was denied.

The overwhelming evidence of government complicity introduced and agreed as comprehensively valid by the jury includes the 111th Military Intelligence Group were sent to Dr. King’s location and that the usual police protection was pulled away just before the assassination. Military Intelligence set-up alleged photographers on a roof of a fire station with a clear view to Dr. King’s balcony. 20th Special Forces Group had an 8-man sniper team at the assassination location on that day. Memphis police ordered the scene where multiple witnesses reported as the source of shooting cut down of their bushes that would have hid a sniper team. Along with sanitizing a crime scene, police abandoned investigative procedure to interview witnesses who lived by the scene of the shooting.
The King Center, managed by his family, provide the outline and partial transcript to the trial here. Closing statements are here. A transcript of a talk given by Mr. Pepper explaining the trial and his book with detailed documentation, An Act of State, is here (2-page summary here). I also recommend David Ratcliffe’s review of the book, Jim Douglass’ coverage of the trial, reviewing Edward Rynearson's resources, and watching Mr. Pepper’s talk on the subject below. I also suggest Robert Kennedy’s assassination was also a government-supported assassination to suppress war dissent.

King’s family and Mr. Pepper allege that Dr. King’s speech calling upon America to end the Vietnam War, Beyond Vietnam: A time to break silence, and his plan for a 500,000 camp-in for Washington, D.C. in the summer of 1968 were a threat to dominant and fascist political factions within US government.

Along with arranging for the assassination, CIA and military disclosure confirm that corporate media collude with political “leadership” to disinform the American public on strategic military, policy, and economic issues. This answers the question why corporate media have not covered the civil trial and verdict for MLK’s assassination. For comparison, please consider the media circus over O.J. Simpson’s trials.

“For a quarter of a century, Bill Pepper conducted an independent investigation of the assassination of Martin Luther King, Jr. He opened his files to our family, encouraged us to speak with the witnesses, and represented our family in the civil trial against the conspirators. The jury affirmed his findings, providing our family with a long-sought sense of closure and peace, which had been denied by official disinformation and cover-ups. Now the findings of his exhaustive investigation and additional revelations from the trial are presented in the pages of this important book. We recommend it highly to everyone who seeks the truth about Dr. King's assassination.” — Coretta Scott King, Dr. King's wife.

Hundreds of writers have documented US corporate media collusion with US government to disinform the American public with wars and supporting policy of fascism. Corporate media’s refusal to cover this trial and report upon it is a revealing case study. ...