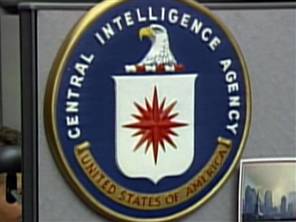 The story of a prisoner’s death eight years ago at the Salt Pit, a secret CIA facility in Afghanistan, is starting to unfold like “The Tell-Tale Heart.” In the Edgar Allen Poe masterpiece, a frazzled man tells the story of how he was driven to murder by his victim’s “cloudy, pale blue eyes.”

The circumstances surrounding the demise of an Afghan prisoner while he was in the custody of CIA interrogators have not been fully disclosed, except that he froze to death. But an account last week by the Associated Press’s Adam Goldman and Kathy Gannon went a long way toward explaining what happened.

The victim’s name, they revealed for the first time, was Gul Rahman, a suspected insurgent who was taken into custody in Islamabad with four others on Oct. 29, 2002, and shipped to the Salt Pit interrogation facility in Afghanistan. Until now it was only known that an unidentified Afghan had died of exposure to cold at the Salt Pit facility. He was secretly buried and his death kept off the books, the Washington Post’s Dana Priest reported in 2005.

But as the AP reports, Rahman had been through weeks of interrogation until, shackled and half-naked, he died of hypothermia in the early hours of Nov. 20, 2002.

The other important part of the story is how CIA management reacted to Rahman’s death.

According to an anonymous US official interviewed by the AP, CIA headquarters sent a team “to gather the facts.”

"The guidance was for the people on scene to preserve everything as it was, " the official said.

The agency’s inspector general, John Helgerson, would eventually issue a report that “focused on decisions made by two CIA officials: an inexperienced officer who had just taken his first overseas assignment to run the prison and the Kabul station chief, who managed CIA activities in Afghanistan,” the AP reported.

“The report found that the Salt Pit officer displayed poor judgment in leaving the detainee in the cold. But it also indicated the officer made repeated requests to superiors for guidance that were largely ignored, according to two former U.S. intelligence officials,” the AP said. “That raised concerns about both the responsibility of the station chief and the CIA's management in Langley.”

In the current issue of Washingtonian magazine, I provide additional reporting on the handling of Salt Pit by Stephen R. Kappes, then the agency’s assistant deputy director for operations, or ADDO. Since 2006, Kappes has been the CIA’s second highest ranking official.

As Priest reported back in 2005, the agency’s inspector general was troubled enough to refer the Salt Pit death to Justice Department prosecutors.

“The department cited the prison's status as a foreign facility, outside the jurisdiction of the U.S. government, as one reason for declining to prosecute,” Priest wrote.

In the AP’s account, “Two federal prosecutors, Paul J. McNulty and Chuck Rosenberg, conducted separate reviews. Each prosecutor concluded he couldn't make a case against any CIA officer involved in the death.”

One former U.S. official told the AP that “federal prosecutors could not prove the CIA officer running the Salt Pit had intended to harm the detainee…”

John Sifton, a private investigator and attorney in New York who has carried out extensive research on the CIA’s secret programs for law firms and human-rights groups, further examined the Justice Department's decision in Monday's edition of Slate, our sister publication.

“The facts of Rahman's death suggest at least a negligent homicide, but … it appears no one was ever punished for Rahman's death," Sifton wrote. "Why not?”

“The answer may lie with an obscure word in a little-noticed footnote in a recently declassified memo sent to a Department of Justice Office of Professional Responsibility,” Sifton wrote.

"Page 29, Footnote 28 of the memo, submitted in 2009 by lawyers for former administration lawyer Jay Bybee, refers to a "declination memorandum prepared by the CIA's Counterterrorism Section regarding the death of Gul Rahman."

“What's a declination?” Sifton continues. “The answer—in the context of the CIA, torture, and homicides—is troubling. The word declination in law is similar to the word indulgence in Catholicism; it's about avoiding eternal damnation by obtaining forgiveness for your sins.”

“In the context of interrogation, torture, and homicide, the word becomes even more sinister. The declination memo ‘regarding Gul Rahman's death’ was essentially an after-the-fact blessing for Rahman's killer, in the form of a memo stating that DoJ would not prosecute the officers responsible.”

“It is clear from Page 95 of the OPR report that in several cases (perhaps this one included) the criminal division of DoJ provided declinations in cases of detainee abuse, thus giving individual officers de facto immunity from criminal prosecution. Even if the DoJ later decides to prosecute—and the Obama DoJ in fact announced in 2009 that it was reopening investigations into several CIA cases—an earlier declination can be used by defense counsel as a partial shield.”

But like the body under the floorboards in "The Tell-Tale Heart," the undiscovered remains of Gul Rahman may yet have some life.

Update: The New Yorker's Jane Mayer reports that "unspecified government officials have now mysteriously redacted the name of the C.I.A. officer in charge of the Salt Pit" from "a footnote in the October, 2009, legal response to allegations of unprofessional conduct filed by lawyers for Jay Bybee, the former head of the Office of Legal Counsel." Read more here.