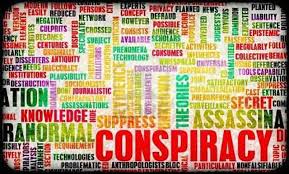 Cognitive Infiltration for the Masses

On March 18, 2014 Cass Sunstein released his latest collection of essays, Conspiracy Theories and Other Dangerous Ideas.[1] Like his other works geared toward a mainstream readership, the prominent Harvard law professor, former Obama administration regulatory czar, and NSA advisor [2] points to numerous alleged dangers posed by even “rational people” who are susceptible to adopting “crippled epistemologies.” What Sunstein fails to explain throughout his most recent medley of gentle authoritarianism is how the “conspiracy theory” term has received vigorous promotion from the editorial practices of certain major corporate news media.

“Conspiracy theory” is not merely a flippant or off-handed water cooler term, but rather a powerful tool of political discourse. “Deployed as a pejorative putdown,” political scientist Lance deHaven-Smith observes,

the label is a verbal defense mechanism used by political elites to suppress mass suspicions that inevitably arise when shocking political crimes benefit top leaders or play into their agendas, especially when those same officials are in control of agencies responsible for preventing events in question or for investigating them after they have occurred.[3]

Along these lines, “conspiracy theory” and its common variants, “assassination buff,” “crackpot,” “wacko,” and so on, were essentially interpolated into news reports and commentary in the late 1960s by CIA media assets as the agency maneuvered to bolster the Warren Commission’s “lone assassin” explanation of John F. Kennedy’s assassination.

When confronted in 2012, Sunstein does not “remember very well” co-authoring a 2008 paper, “Conspiracy Theories,” the namesake of his most recent book

Only in the past forty years or so has the label become an especially salient discursive technique for channeling political dialogue and inquiry. From the late 1800s through the first half of the 1900s the phrase can seldom be found in news discourse. A search of the Historical New York Timesdatabase finds that “conspiracy theory” is used 30 times between 1870 and 1960, often in accounts of criminal court proceedings. Yet from 1960 to 1969 alone there are 46 instances of the term’s usage in Times articles. Since 1970, it is invoked in over 1,700 pieces, with a peak between 2000 and 2009 (728).[4]

Today the pejorative not only acts as a disciplinary measure–journalists and scholars alike fear such a trenchant smear–but also as a technique to shape information and analysis. It serves as a more-than-subtle way of saying, “Look here, not there,” thereby guiding readers and viewers to place their reasoning faculties in abeyance and adopt what are often uncritical and even misleading modes of substantiation and conclusion. While this phenomenon is clearly demonstrable in print news media, it is also widespread in US-based cable and broadcast news.

A LexisNexis search of news program transcripts for the dates March 1, 2011 to March 1, 2014 reveals 2,469 usages of the “conspiracy theory/theories” term. Probing the surveyed time span reveals CNN (586 transcripts) and MSNBC (382) as the foremost purveyors of the phrase, with Fox News (182) a distant third. The US government’s transcript service, US Federal News, comes in at fourth, suggesting persistent strategic usage of the label at federal government press conferences and similar functions to drive home official positions and dispel challenges to them. Programming on National Public Radio ranks fifth, with 115 instances.

To be more conclusive, the specific contexts in which the term is mobilized might be more fully examined and delineated. An argument may also be waged that this metric is not exactly proper given the dissimilar breadth of content produced by each outlet. After all, a 24-hour cable news channel such as CNN simply has far more “news hole” to fill than a daily one-hour broadcast likePBS News Hour or Charlie Rose.

Yet even here the variances are telling. For example, when comparing domestic CNN transcripts to those of the channel’s counterpart, CNN International, the former uses the term over twelve times as frequently. Such findings suggest the execution of a clear-cut editorial policy to fulfill certain propaganda-related ends–-indeed, not unlike the Central Intelligence Agency’s usage of the term to combat alternative interpretations of President Kennedy’s assassination.

With the exception of ABC (Australia) and CTV (Canada), all of the outlets are US-based, suggesting how the American population, well known for its limited historical comprehension and political sophistication, is expressly targeted with repeated usage of the “conspiracy theory” phrase. A population relying on sensation, caricature, and hearsay to understand national and world affairs has already forsaken its freedom.  It is perhaps ironic that CNN and MSNBC in particular cater to audiences that see themselves as open-minded and “liberal”–indeed, the opposite of cunning technocrats such as Sunstein. At the same time, if these two networks’ continually depressed ratings are any indication, the public is becoming more and more skeptical of how it is being patronized.[5]

A most profound political act any individual can undertake may involve adopting a basic regimen of intellectual self-defense that would include an increased awareness of the “conspiracy theory” label itself and a resolve to assess the term’s utilization vis-á-vis the context in which it is employed, in an effort to better determine what it seeks to obscure, legitimate, and redirect attention to.