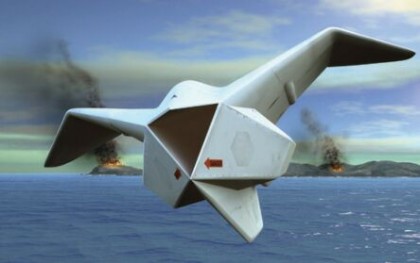 The Suffolk County courthouse in Boston, Massachusetts, is an unlikely place to learn about the CIA's drone program. Yet a contract dispute currently being litigated in Superior Court there offers a rare glimpse into the computer systems and software that are at the heart of the program.

The suit gives worrying indications that the CIA may have knowingly relied on untested and substandard software to operate its drones. It also raises important questions regarding potential civil and criminal liability for civilian casualties that could result from flawed/erroneous drone strikes.

The CIA is not a party to the Massachusetts case. But its unmanned aerial vehicle program, whose operations are very much at issue in the case, was responsible for at least 20 missile strikes that are believed to have killed more than 150 people last month in the tribal areas of northwest Pakistan.

The lawsuit was initiated in November 2009 by Netezza Corporation, a publicly-held computer company that IBM recently announced it was acquiring for $1.7 billion. Netezza, whose speciality is data storage and analytics, filed suit against Intelligent Integration Systems, Inc. (IISI), a software firm that Netezza had worked with since 2006.

According to Netezza's complaint, IISI breached an August 2008 contract between the two companies by refusing to adapt its software to run on a data warehouse appliance, called the TwinFin, that Netezza had developed. The complaint also asserted related claims regarding intentional interference with business relations, breach of the implied convenant of good faith, and conversion, among others.

Page 11 of Netezza's complaint made an intriguing but unspecific reference to "a large government agency" that was one of Netezza's clients. Without going into great detail, the complaint stated that during protracted discussions with IISI before the suit was filed, Netezza has warned IISI that its delay in developing the requested software was endangering Netezza's relations with this agency. The complaint also alluded to the agency's "increasing pressure" on Netezza, suggesting that IISI was breaching its promise to provide the software at a moment when Netezza was in real need of it.

IISI's counterclaim, filed in January, told a different story. Accusing Netezza of demanding additional software-development work at no charge -- work beyond that outlined in the contract -- the counterclaim also asserted that Netezza had made false and defamatory statements about IISI and stolen IISI's trade secrets.

The counterclaim provided important clues about the uses to which Netazza's government agency client meant to put the computer system. In the fall of 2009, IISI's counterclaim explained, Netezza had began asserting that "an agency of the United States Government needed immediately to purchase and deploy TwinFin to process geospatial data relating to vital military operations." The need for the system was so urgent, apparently, that "the agency was willing to accept an incomplete beta product designed to perform that function."

The counterclaim went on to state that IISI was "incredulous" regarding Netezza's claim that "a U.S. Government agency would seek or use an incomplete beta product for the military purposes in question, where lives could be at stake."

The IISI counterclaim also gave more detail about the software product at issue. Called Geospatial, the software permits users to process vast amounts of data, enabling "events (such as a tornado heading towards a population center ... ) to be matched with personal characteristics in a database (such as telephone numbers for houses in the path of the tornado ... ) and mapped and analyzed quickly and efficiently."

By April 2010, when IISI filed a motion for summary judgment in the case, it had identified the US government agency as the CIA. It also said that in the end, after IISI had refused to provide the requested software, Netezza had illegally reengineered it, creating a hacked but flawed version of the product to run on the TwinFin appliance.

The motion said that Netezza had delivered the hacked version of the product to the CIA in October 2009, and that the CIA had accepted it. After that, IISI alleged, Netezza commenced a full-scale project to develop a version of the software that would work on the TwinFin, relying on IISI trade secrets and proprietary material.

The Superior Court ruled in favor of IISI in August 2010, finding that IISI did not breach its contract with Netezza by refusing to perform the software-development work that Netezza had demanded. The court's opinion did not mention the CIA or the software's military uses.

Left pending, among other issues, was IISI's claim that Netezza had misappropriated its trade secrets. And left entirely unaddressed were questions about the CIA's negligence in accepting substandard software and possible legal liability for flawed targeting decisions that could result from its use.

Joanne Mariner is a human rights lawyer working in New York and Paris.