An Ohio Republican already facing more than 100 years in prison on 16 felony charges was slapped Thursday with 53 additional counts.

Rep. Peter Beck, of Mason, has already pleaded not guilty to the previous charges, but the new charges handed up by a grand jury cover a longer period of time.

The charges are related to a startup software company, Christopher Technologies, where the 63-year-old Beck served as the chief financial officer.

Also indicted on nine counts each in the case was Janet Combs, of Cincinnati, and the church where she served as pastor, Ark by the River Fellowship Ministries, and Beck performed accounting.

House Speaker William Bathchelder initially said he would ask Beck, who serves as chairman of the House Ways and Means Committee, to resign but later changed his mind, saying he was just making a suggestion.

Authorities said Beck and others cheated investors out of $1.2 million that was used to help fund the lawmaker’s political campaign and donated to the Ark by the River.

A lawsuit was filed in January 2013 against Beck and others in connection with the case, and the lawmaker was sued by his former partners in an accounting firm who said he deprived the business of hundreds of thousands of dollars.

The most serious charge against Beck is the engaging in a pattern of corrupt activity, a first-degree felony. 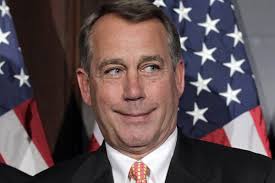