” … Some 10 percent of the BND’s employees in its early years had previously worked in some capacity under SS head Heinrich Himmler. … “

In the 1950s, several former Nazis war criminals worked for Germany’s new foreign intelligence agency. But recently released documents reveal that the organization still assisted in the hunt for other ex-Nazis, including the notorious death camp doctor Josef Mengele.

On the selection ramp at Auschwitz, Josef Mengele would reportedly often whistle opera melodies as he sorted people arriving at the concentration camp. Some he sent to the gas chambers, others to forced labor. On the side, the SS doctor also conducted experiments on the prisoners, including children, before giving them lethal injections.

For years, rumors have also been circulating that Mengele later worked as a spy for the Federal Intelligence Service (BND), Germany’s foreign intelligence agency. That would not come as a complete surprise, especially since some 10 percent of the BND’s employees in its early years had previously worked in some capacity under SS head Heinrich Himmler. For example, the intelligence agency just recently declassified documents indicating that Klaus Barbie, a notorious Gestapo officer known as the “Butcher of Lyon,” occasionally worked for the BND.

So what about Mengele?

Though the classified dossier on the Auschwitz doctor recently released by the BND has just 34 pages, it tells a surprising story. The file provides no indication that the Nazi war criminal ever provided information to or worked for the BND. In fact, it would appear that the agency participated in the hunt for Mengele itself — or at least pretended to.

Mengel was born in the Bavarian town of Günzburg in 1911 and started his career in academia. After the war, he hid on a remote farm in Upper Bavaria before fleeing to Argentina in 1949. He then lived in hiding in Paraguay but made frequent trips to Buenos Aires. In early 1960, West Germany asked Argentina to extradite Mengele, who had a warrant out for is arrest, but Mengele managed to escape the country in time.

That’s where the BND came in. A previously unknown memo to then-German Foreign Minister Heinrich von Brentano reveals that, starting in the winter of 1959/60, the intelligence service assisted in “locating Nazi criminals who had fled abroad.” Soon thereafter, the West German government’s handling of Nazi war criminals became very much in the spotlight after Israel’s foreign intelligence agency, the Mossad, tracked down Adolf Eichmann, making the Holocaust a major topic of international discussion. Brentano then specifically urged the BND to search for Mengele.

The first thing the BND did was to reconstruct Mengele’s network. On July 20, 1960, a BND agent came across “Dr. Benson (Yugoslav),” who was thought to have “facilitated (Mengele’s) entry into Argentina.” The doctor in question was Branko Benzon, a cardiologist who had served as Croatia’s ambassador to Germany and Hungary during the war. Afterward, he belonged to a circle of former Nazis living in Buenos Aires who helped bring Nazi war criminals into the country. Working together with diplomats at Germany’s Federal Foreign Office, the BND also looked into the question of how Mengele had managed to evade arrest.

In 1961, although the BND received information from a reliable source that the concentration camp doctor was living in Brazil, it’s unclear what the agency did with the information. In 1964, when the West German embassy in Rio de Janeiro received a tip that the war criminal was planning to meet two acquaintances on the Paraguayan border, the BND asked Brazilian federal police officers to conduct surveillance, but it didn’t lead to anything.

After that, interest in the case flagged. In 1972, a BND agent wrote to the Chancellery in Bonn that no one knew where Mengele “is staying at the moment or whether he’s still alive.” The agent added that he would be in touch again if more information should “by chance” turn up. In the 1980s, the BND granted requests by the public prosecutor’s office in Frankfurt to check out suspects in places including Paraguay and Australia. But, by then, Mengele was already dead, having passed away in Brazil in 1979. 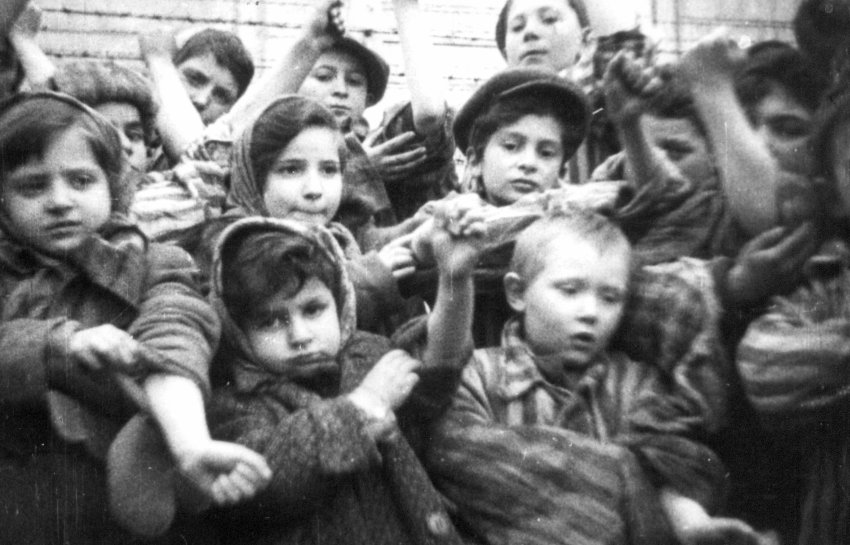 Children survivors of the death camp: After the war, Mengele found his way to Argentina and then Paraguay. Germany’s Ferderal Intelligence Service (BND), its foreign intelligence agency, has recently declassified its files on Mengele. It would appear that the agency played an active role in trying to locate and apprehend the sought-after Nazi war criminal.

From the declassified documents, it’s impossible to know whether the BND really knew as little as it seemed to. The files were compiled decades ago, most likely because it received a mass of inquiries from the political and legal realms. But one thing is certain: At one point, there were more documents on Mengele.

Bodo Hechelhammer, the lead historian at the BND, doesn’t rule out the possibility that he and his employees may still find more records related to Mengele. The BND’s archives in Pullach, Bavaria, hold microfilms containing 6 million pages of copied documents. And, so far, no one has read any of it.

Translated from the German by Ella Ornstein