May 3rd Montreal Address will Detail the Hunt for Eichmann 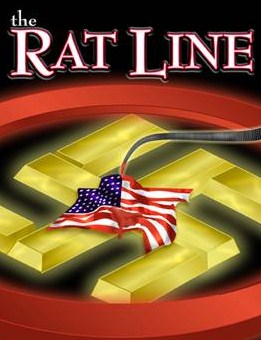 " ... According to Bascomb, the German security services and embassy in Argentina knew that Eichmann was living under the pseudonym of Klement but did nothing about it. The CIA knew about this as well, but never revealed it to the Israelis. Fritz Bauer, who was responsible for alerting the Israelis to Eichmann’s whereabouts, also contacted the US government about helping apprehend the Nazi in 1960. He never received a response. ... "

Information Comes to Light in Book

about Hunt for Adolf Eichmann 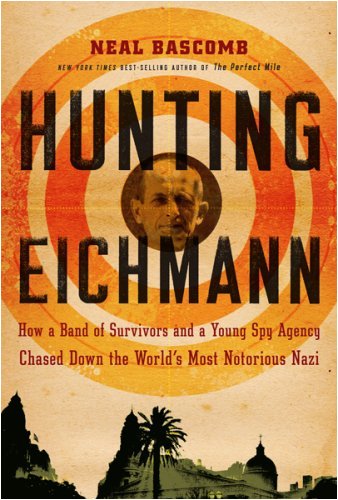 MONTREAL – Each year, Anne Slodovnick organizes a provocative lecture at Congregation Beth Ora in St. Laurent and she is always on the lookout for just the right speaker. After reading Neal Bascomb’s book Hunting Eichmann: How a Band of Survivors and a Young Spy Agency Chased Down the World’s Most Notorious Nazi, she knew who her choice for this year would be.

“I just could not put it down,” said Slodovnick, who immediately looked up Bascomb.

In his book Bascomb offers the first complete account of one the most important, influential spy missions in history based on groundbreaking new information, interviews and recently declassified documents.

An international journalist and critically acclaimed author, his books have ranked on a number of national bestseller and “best-book-of-the-year” lists and he has won several literary awards. His work has been featured in several documentaries and translated into 14 languages. Hunting Eichmann, in fact, is slated to be made into a movie.

Bascomb’s visit is especially good timing given the fact that May 11, 2010 will mark the 50th anniversary of Adolf Eichmann’s historic capture. In Hunting Eichman, now available in paperback from Mariner Books, readers get a blow-by-blow account of the harrowing 15-year chase for Eichmann, which stretched from war-ravaged Europe to the shores of Argentina. The trial that ensued had a profound global impact, prompting an expansive re-examination of the genocide and rooting the Holocaust in the world’s collective cultural consciousness.

Alternating between Eichmann on the run and his pursuers closing in on his trail, the book follows the Nazi as he escapes two American POW camps, hides out in the mountains, slips out of Europe on the ratlines, and builds an anonymous life in Buenos Aires. ...

Bascomb’s noteworthy research for the book included tracking down former Nazi soldiers and right-wing radicals in Buenos Aires, travelling to Tel Aviv, finding a long-undiscovered memoir by Eichmann on his escape from Germany and interviewing members of the El Al flight crew involved in Eichmann’s transport to Israel, a story that has never been told.

As a result of his investigations, Bascomb believes his book reveals key details about the Mossad operation that have never before been published and provides new information on how Eichmann was able to remain free for those 15 years. The book also supplies fresh details on the war criminal’s life in hiding and his sons’ attempts to find him after the capture. Bascomb also presents fascinating new facts about the time Eichmann was brought to Israel, tried and sentenced to death.

So how did Eichmann manage to remain free for 15 years?

Bascomb points to a bungled nature of the Allied effort to capture war criminals, including the fact that Eichmann was not even high on the list of targeted Nazis. Argentinian President Juan Peron and the Vatican were complicit in smuggling war criminals out of Europe.

According to Bascomb, the German security services and embassy in Argentina knew that Eichmann was living under the pseudonym of Klement but did nothing about it. The CIA knew about this as well, but never revealed it to the Israelis. Fritz Bauer, who was responsible for alerting the Israelis to Eichmann’s whereabouts, also contacted the US government about helping apprehend the Nazi in 1960. He never received a response.

What brought Bascomb to write this book?

“During my research, people asked me this countless times, and usually they prefaced it with the question of whether or not I was Jewish,” he said. “When I answered the Jewish question in the negative, the overwhelming response was ‘Good, then you’ll be seen as objective.’

“About why I wrote the book: that answer is connected to the first one. You do not have to be Jewish to understand the incredible significance of the operation to catch Eichmann. Without it, our knowledge and perception of the Holocaust would be much more limited.

“Before the Eichmann trial, the Nazi atrocities were largely being swept under the rug, not spoken about. Only after the capture was there an extensive re-examination of the genocide; only then did it become rooted in our collective consciousness. In this respect, the operation is one of the most important, influential spy missions in history, period. Beyond a documentary over a decade ago, it has been almost 50 years since a journalist has taken a thorough look at what unfolded.”

Bascomb faced a lot of resistance during his research.

“The Argentine government is very sensitive about this period of their history,” he said. “They have released facts in dribs and drabs over time but have never come completely clean. Some secret files were offered, but they had the scent of selective disclosure, and the government is also adept at burying information in a sea of unindexed piles.”

Tracking down the Mossad agents who led the operation was no easy task either.

“Well, you can’t exactly look them up in the phone book,” he said. “A lot of it was about using the theory of ‘six degrees of separation,’ though I think with former spies, seven degrees is more the average. At first they were reluctant to speak, and on my arrival into Tel Aviv, I was told they had all cancelled their interviews. Fortunately, I was able to turn that around, though the security services prevented me from speaking to a few individuals.”

I just finished reading the book, after seeing and listening to Neal Bascomb here in Columbus Ohio. My father is from Hungary and a Holocaust Survivor. I was rivited to every word from the first sentence. Outstanding historical retrieval as well as compelling literature throughout. Thak you, Neal.