Wiesenthal Center urged Germany to unlock files after report showed a 1952 record from the West German intelligence agency saying Eichmann was in Argentina. 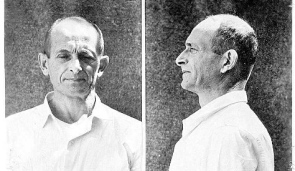 Berlin rejected Wednesday a demand to unlock an intelligence agency file on Nazi war criminal Adolf Eichmann, who was caught by Israeli agents in Argentina, tried and hanged in 1962.

The mass-circulation newspaper Bild this month published a 1952 record from the West German intelligence agency saying Eichmann was in Argentina and his residence was known to an ex-Nazi group there.

At the time, Germany was saying his whereabouts were unknown.

Eichmann, one of the major organizers of the Holocaust, slipped out of Germany after the Second World War and hid in Argentina, where the Israeli Mossad caught up with him in 1960 and kidnapped him.

The 1952 West German record said. "Eichmann living in Argentina under the assumed name Clemens." The German agency did not tell U.S. intelligence until 1958 that it had tracked down Eichmann, who went under the name Ricardo Klement, similar to that in the file.

Bild is trying to force German authorities to reveal "thousands" more pages of data on archival microfilm about Eichmann.

Next week's briefing is unlikely to change the situation. Deputies on the oversight committee are sworn to secrecy.