Accused of rape: Dominique Strauss-Kahn, former IMF chief Dominique Strauss-Kahn's defense strategy is being intensely speculated about now that he is out on bail.  Of course through his lawyer, he is denying all charges of attempted rape, but now there are some more specifics detailing how he might back up those claims. A Yahoo blog, the Envoy, heard from a source a French source involved in past French Socialist campaigns that DSK's new PR strategy might include methods such as:

* Attacking the credibility of the 32-year-old West African-born hotel maid * Contending that any sexual activity was consensual * Playing up Muslim and Jewish tensions (the maid is reportedly Muslim, and Strauss-Kahn is Jewish)

And the former IMF chief is now informally working with a Washington-based PR firm founded by former CIA officers, says Reuters. The fact that he's consulting with former CIA agents might ignite speculation that DSK believes there is a plot against him (like he suggested to the French magazine Liberation a month ago). However Reuters says that DSK's dealings with the PR firm are informal. The company, TD International, has done business with DSK in the past. It is the same PR company that DSK hired in 2007 when he made a push to become head of the IMF. It was founded by William Green, a former CIA agent.  DSK's representatives are said to have contacted the firm after his arrest last weekend, merely to ask for advice. http://www.businessinsider.com/dominique-strauss-kahn-pr-strategy-2011-5#ixzz1NJnURxob 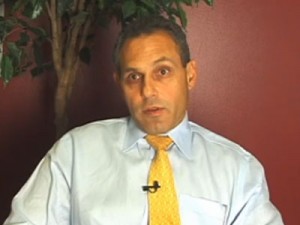 William Green founded TD International, LLC (TDI) in 1999 with the conviction that a discreet, strategic advisory and risk management firm can better respond to the needs of international corporate clients, global investors and governments than large, inflexible information providers. He built TDI on the premise that clients need timely, accurate and relevant information to make optimal decisions.

Over the past decade, Mr. Green has managed the steady expansion of TDI’s client base and built a core team of partners – both in-house and strategic - who share his philosophy and have extensive experience in the public and private sectors.

Mr. Green’s advisory work ranges from crisis management and communications to the development of country and regional business strategies. His risk management expertise protects the reputations of clients through targeted due diligence, litigation support, and other compliance programs, particularly the US Foreign Corrupt Practices Act (FCPA) and the UK Anti-Bribery Act. Mr. Green’s clients include multinational energy and chemical companies, aeronautical and defense firms, financial institutions, pharmaceutical companies, medical institutions, insurance companies, technology firms, accounting firms, public relations firms, the food industry, non-governmental organizations, wealthy individuals, and law firms. Prior to founding TDI, he served for two years as President of Parvus International, a business intelligence firm. Mr. Green managed the firm’s restructuring and developed a marketing strategy that resulted in a doubling of the firm's revenues and its ultimate acquisition. A former U.S. diplomat specializing in multilateral affairs within the United Nations, NATO and the European Union frameworks, Mr. Green served in Geneva and Paris and participated in the management of the Anglo-American and U.S.-Canadian intelligence relationships when posted to Washington. Mr. Green received his M.A. in International Economics and European Affairs from the Johns Hopkins School of Advanced International Studies (SAIS) in Washington, DC and Bologna, Italy, and his B.A. in History from Holy Cross College. Mr. Green is fluent in French. Mr. Green serves on the board of Olton Solutions, a British based relational analysis software firm.

Mr. Newland’s advisory practice introduces start-up technology firms to appropriate entities in the US Department of Defense (DoD) and the US intelligence community. His work extends into finding opportunities for small technology firms in the emerging markets of Latin America, Africa, the Middle East, and Asia. His risk management work focuses on investigative due diligence for corporate and international lending institution clients.

Mr. Enochs opened TDI’s Houston office in 2008 with a focus on supporting the domestic and international energy, finance and commodity trading sectors. ... Prior to joining TDI, Mr. Enochs served as a director for Enron Corporation. ...

... Mr. Slimp began his career as a diplomat and trade negotiator, serving in the Foreign Service of the U.S. Department of State from 1989 to 1998. In this capacity, he conducted overseas diplomatic missions in Paris, Brussels, Geneva and Sarajevo. His dossiers included the World Trade Organization (WTO), G-7/8, European Monetary Union, European Union Integration and Security, Iran and the first Gulf War. Mr. Slimp received numerous awards for his service to the U.S. negotiating efforts in the WTO and for nation building in Bosnia-Herzegovina following the war. After leaving government service, Mr. Slimp was an executive at Enron Corporation. ...

Mr. Houghton is a security expert who advises clients on strategic approaches to the development and application of investigative technology solutions. He has specialized knowledge of biometric applications and programs, electronic surveillance solutions, and crisis management. Prior to joining TDI, Mr. Houghton was a senior member of Booz Allen Hamilton’s security and law enforcement practice. He spearheaded international security and law enforcement business development initiatives in the United Kingdom, Europe, Australia, and the United Arab Emirates (UAE), focusing on interception technology, intelligence analytics, and infrastructure protection. Mr. Houghton managed numerous programs in support of the Federal Bureau of Investigation (FBI) and the Internal Revenue Service’s Criminal Investigation Division (IRS-CI). He also led a multi-disciplinary team that established the FBI’s state-of-the-art Biometric Center of Excellence. Mr. Houghton began his career as an officer in the United Kingdom’s security and intelligence community. Over a ten year period he held a series of analytical, operational, and management posts covering counter-espionage, counter-intelligence, counter-terrorism operations and international security and intelligence liaison. Mr. Houghton served for three years at the British Embassy in Washington, D.C, coordinating U.K. operational intelligence requirements and analysis efforts with the FBI and the U.S. intelligence agencies. http://www.tdinternational.com/TimHoughton.html