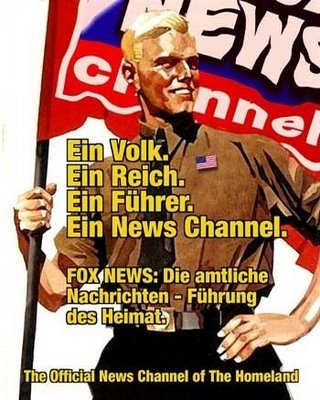 OTTAWA/TORONTO  - In a bid to shake up Canadian broadcasting, media company Quebecor Inc QRBb.TO says it will launch a 24-hour conservative news and comment channel that many observers are already dubbing "Fox News North".

Quebecor said on Tuesday it has applied for a three-year license for the proposed English-language Sun TV News channel and if successful, would start broadcasting on Jan. 1, 2011.

"Quebecor sees an untapped market opportunity in English Canadian TV news ... It is time to shake up the current players of the Canadian broadcasting system."

The launch of Sun TV News will certainly please the governing Conservative Party, which complains regularly about what it sees as biased reporting by the CBC. It will be run by Kory Teneycke, former chief spokesman for Prime Minister Stephen Harper.

Peladeau did not answer directly when asked whether he had discussed the proposed new channel with Harper and did not give a figure for how much Quebecor would invest.

"We will invest what we think is appropriate to make this company, or this specific business profitable," he said.

One of the slogans on the Sun TV News website is "Join the fight" and Teneycke said the channel would be "unapologetically patriotic" and "controversially Canadian".

Don Newman, a respected former CBC anchor, wrote in a blog that the Conservatives did not need "a right-wing news channel urging them to be more rabid and stirring up the party's hard-core base".

Teneycke dismissed such criticism as self-serving.

"I think that there are those who say they won't like it and they are not going to watch it. This is a democracy and that is fine," he said. "There are others who are saying 'I don't like this and my neighbor shouldn't be allowed to watch it'. I think that crosses a big line." (Reporting by David Ljunggren; editing by Peter Galloway)