"... The point ...  is not that Alex Jones, Zeitgeist, or The Tea Party are responsible for Loughner’s crimes. The point is that he targeted Giffords for a reason, one rooted in his unhinged interpretation of recognizable conspiracy theories. ..." 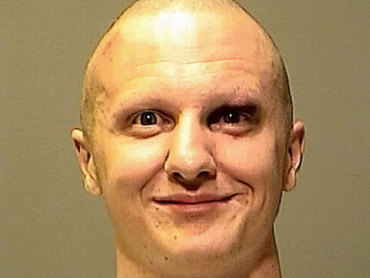 " ... According to a friend of his interviewed on Good Morning America on Wednesday, the conspiracy documentary Zeitgeist 'poured gasoline on his fire' and had 'a profound impact on Jared Loughner's mindset and how he views the world that he lives in.' ...

But it's not that simple. It's hard to place Zeitgeist and Loose Change on the conventional partisan spectrum-both come from a shadowy conspiracy-mad subculture where the far right and the far left meet. Yet it's the contemporary right, the right of Glenn Beck and the Tea Party, that has mainstreamed ideas from this demimonde in an unprecedented way. ... " - Michelle Goldberg, MSNBC

In the same Good Morning America interview in which he said that Jared Lee Loughner "wasn't on the left, he wasn't on the right," former Loughner friend Zach Osler mentioned a documentary film called Zeitgeist, which he says heavily influenced the alleged Tucson gunman.

Osler, who George Stephanopoulos described as perhaps "Loughner's last close friend," said, "I really think that this Zeitgeist documentary had a profound impact upon Jared Loughner's mindset, and how he viewed the world that he lives in."

And though by Osler's account he and Loughner stopped hanging out two years ago, and there's no way of knowing what Loughner thinks of the documentaries today, there are a few resonances between the film and the online videos attributed to Loughner.

Zeitgeist: The Movie, produced in 2007 by a man named Peter Joseph, is actually the first film in what's now a trilogy. A sequel, Zeitgeist: Addendum, came out in 2008, and a third film, Zeitgeist: Moving Forward, was scheduled to be released over the weekend. Together, they form the foundation for The Zeitgeist Movement, which, according to the movement's website, "works globally to spread information about a new social system called a Resource Based Economy." The website claims 420,000 people have registered as part of the movement, and says "estimates" put the number of online views of the original Zeitgeist: The Movie at over 100 million. (In March 2009, The New York Times reported on a "Z-Day" event in New York City.)

The first film (which you can watch in its entirety here) "debunks" myths and "exposes" conspiracies about religion, monetary policy, wars and 9/11. The film features a nameless narrator, and combines graphics, news footage and trippy animations with words from famous thinkers, stand up comedians and public officials, topping it all off with commentary from various conspiracy theorists. Among other things, the movie critiques the central bank model, controlled by the "ruthless banking interests," which it says leads inexorably to debt.

"The end result of this system is essentially slavery," the narrator says. "For it is technically impossible for a government and thus the public to ever come out of this self-generating debt."

Getting rid of the gold standard, according to the film, was a way to rob the public of wealth, and lock it into a system controlled by an elite few.

In online videos attributed to him, Loughner shows an obsession with "currency" that echoes the arguments from Zeitgeist. He spoke of "mind control" and government control. One video, titled "Introduction: Jared Loughner," was concerned with the creation of "new currency."

"No! I won't pay debt with a currency that's not backed by gold and silver!" Loughner wrote. "No! I won't trust in God!"

In another video, titled "hello," Loughner writes, "the current government officials are in power for their currency, but I'm informing you for your new currency!"

After Osler mentioned his movie to the press, Peter Joseph issued a statement criticizing the media for making any connection between the massacre that occurred in Tucson and his film.

It has come to my attention that various mainstream news organizations are beginning to run an association between my 2007 performance piece/film, "Zeitgeist: The Movie" and the tragic murders conducted by an extremely troubled young man in Tucson, Arizona. They are also slowly beginning to bleed the obvious line between my 2007 documentary work, my film series as a whole and The Zeitgeist Movement, which I am the founder. Frankly, I find this isolating, growing association tremendously irresponsible on the part of ABC, NBC and their affiliates - further reflecting the disingenuous nature of the America Media Establishment today.

Make no mistake: The Social System is to blame for the rampage of Jared Loughner - not some famous online documentary which is known as the most viewed documentary of all time in internet history. Are the other 200 million people who have seen the film also preparing for murder sprees? I think not

Alex Jones is in the first Zeitgeist movie.

My recollections of viewing the “Zeitgeist” movies and various version of “Loose Change” are firstly that they are NOT Journalism. Secondly that, though they are both rather ‘crafty’ audio-visual presentations, they are not ‘art’ either, because they both promote one point of view over others, with regard to what are simple facts and matters of historical record. Lastly, that when you have any production company or group or individuals which produce a media piece which is one-sided and un-sourced, you have the very essence of “Propaganda.”

This doesn’t mean that such films do not have social or artistic value; they certainly do. They are often designed to “engage” the viewer, and get them to “think differently” or to consider unconventional topics or points or view, and promote discussion. They cannot however rightly be accused of causing such extreme behavior and shooting rampages; no more than any other documentary, mockumentary, shockumentary, or heck, any old Disney cartoon. Not even “gun porn” has been linked to public violence. Think about that, before letting “Mainstream Media” idiots try to persuade you that “internet movies” are the new catalyst for social unrest, or tipping point for unstable individuals.

The MSM article was nothing more than a smear.

An aside: I happen NOT to believe the “official conspiracy theory” of “19 Muslims with boxcutters” (controlled by a former CIA Asset with a Laptop in a cave in Afghanistan) defeating our Air Defenses, piloting the four fated airline flights that day (and I personally knew the late Dr. Paul Ambrose’s (AA77) late older brother), and of overcoming various laws of physics- temporarily in their favor– and then somehow directing the most elaborate series of coverups, the most egregious miscarriages of justice, and the most heinous violations of international law, civil rights, and even basic Human rights EVER in history.

19 guys with knives, and a kook with a cassette recorder; it wasn’t.

Also, Centralized Banking has a bad history in the USA, and rightfully so; the “Fed” is nothing more than the third such attempt to siphon our wealth away to the global banking agenda. It doesn’t take a PhD in Economics to realize that in the 97 years that the Fed has been in charge of the USA’s currency, it has lost 97 percent of its value; that is a failed monetary policy by any standard, and punctuated with such gems as Executive Order 6102, personal Income Taxes, and “unfathomable” national debt- and inflation numbers. The solution is clear, and yet “none dare call it conspiracy” or speak in condemnation of the “architects” of modern globalism, Human depopulation and slavery, and mass control of the remnants of human society; its’ resources and artifacts.

There is credible pushback to this global “one world” Agenda, however; such as the virtues of diversity (mainly that of evolutionary improvement and of continued basic survival, also the future thinking and technology that subsequent generations will develop), but such criticisms almost never get drafted, much less published or broadcast. Children and propagandized-adults everywhere have this wrong and irritating notion that “one world” language, government, currency, etc would somehow be beneficial top them when, in fact, it is easily demonstrated that none of those are the case. The first and most prolific disproof is that “competition ceases” and atrophies every related aspect. Other disproofs of “one-ness” border on the humorous: “I’d no more accept ‘one world anything’ than I would enjoy one leg, one arm, or eating one flavor of icecream alone in a forest with one tree.”