The Dehydration of America Tennessee Town Runs Out of Water 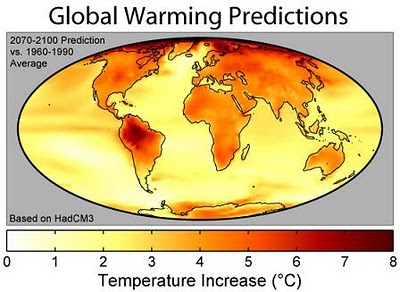 ORME, Tenn. (Nov. 1) - As twilight falls over this Tennessee town, Mayor Tony Reames drives up a dusty dirt road to the community's towering water tank and begins his nightly ritual in front of a rusty metal valve.

With a twist of the wrist, he releases the tank's meager water supply, and suddenly this sleepy town is alive with activity. Washing machines whir, kitchen sinks fill and showers run.

The drought currently plaguing the Southeast has hit Orme, Tenn., the hardest. The water has totally run out. Here, Mayor Tony Reames stands next to the town's water tank, which is replenished three times a week.

About three hours later, Reames will return and reverse the process, cutting off water to the town's 145 residents.

The severe drought tightening like a vise across the Southeast has threatened the water supply of cities large and small, sending politicians scrambling for solutions. But Orme, about 40 miles west of Chattanooga and 150 miles northwest of Atlanta, is a town where the worst-case scenario has already come to pass: The water has run out.

The mighty waterfall that fed the mountain hamlet has been reduced to a trickle, and now the creek running through the center of town is dry.

Three days a week, the volunteer fire chief hops in a 1961 fire truck at 5:30 a.m. - before the school bus blocks the narrow road - and drives a few miles to an Alabama fire hydrant. He meets with another truck from nearby New Hope, Ala. The two drivers make about a dozen runs back and forth, hauling about 20,000 gallons of water from the hydrant to Orme's tank.

"I'm not God. I can't make it rain. But I'll get you the water I can get you," Reames tells residents.

Between 6 and 9 every evening, the town scurries. Residents rush home from their jobs at the carpet factories outside town to turn on washing machines. Mothers start cooking supper. Fathers fill up water jugs. Kids line up to take showers.

"You never get used to it," says Cheryl Evans, a 55-year-old who has lived in town all her life. "When you're used to having water and you ain't got it, it's strange. I can't tell you how many times I've turned on the faucet before remembering the water's been cut."

During its peak in the 1930s, Orme (rhymes with "storm") boasted a population of thousands, a jail, three schools and a hotel. But those boom times are long gone.

After the coal miners went on strike in the 1940s, the company shut down the mine and the town has never been the same. Not a single business is left in Orme. The only reminder of the town's glory days is an aging wooden rail depot that sits three feet above the eerily quiet streets.

Although changes are coming - cable TV arrived just a few years ago - cell phones still don't work there. The main road into town is barely wide enough for two cars to pass one another. Dogs wander the streets, farm animals can be heard all around town, and kids gather outside the one-room City Hall to ride their bikes.

"It's like walking back in time. It's Never-Never Land here," says Ernie Dawson, a 47-year-old gospel singer who grew up in Orme.

Water restrictions in Orme are nothing new. But residents say it's never been this bad.

Even last summer, as the water supply dwindled, city leaders cut off water only at night. But in August, Reames took the most extreme step yet and restricted use to three hours a day.

Elected in December, he has now spent $8,000 of the city's $13,000 annual budget to deal with the crisis. Most of the money went toward trucking water from Alabama.

He has tried to fill the gaps with modest fundraisers, but it hasn't been easy. A Halloween carnival last week cleared about $375 and a dog show two weeks ago made $300.

The town has received a $377,590 emergency grant from the U.S. Department of Agriculture that Reames hopes will be Orme's salvation. A utility crew is laying a 2 1/2-mile pipe to connect Orme to the Bridgeport, Ala., water supply. The work could be finished by Thanksgiving.

"It's not a short-term solution," Reames says. "It is THE solution."

He says the crisis in Orme could serve as a warning to other communities to conserve water before it's too late.

"I feel for the folks in Atlanta," he says, his gravelly voice barely rising above the sound of rushing water from the town's tank. "We can survive. We're 145 people. You've got 4.5 million people down there. What are they going to do? It's a scary thought."