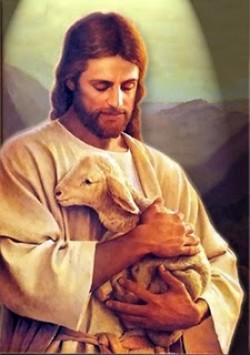 ABC was mugged by reality and struggled to redeem its reputation in the days prior to airing “The Path to 9/11,” a movie financed in large part by the Longleaf Partners Fund, aka Southeastern Assets Management (SAM) …

Max Blumenthal, writing in The Nation on September 8, 2006, described the critical uproar preceding the broadcast of the movie as a “siege”: “ABC advances the illusion that the deceptive nature of ‘The Path to 9/11’ is an honest mistake committed by a hardworking but admittedly fumbling team of well-intentioned Hollywood professionals who wanted nothing less than to entertain America. But this is another Big Lie. In fact, ‘The Path to 9/11’ is produced and promoted by a well-honed propaganda operation consisting of a network of little-known right-wingers working from within Hollywood” 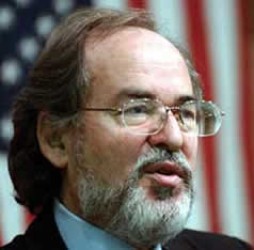 The core of this “network within the ABC network” is neo-con opinion-shaper David Horowitz, “who has worked for more than a decade to establish a right-wing presence in Hollywood and to discredit mainstream film and TV production. On this project, he is working with a secretive evangelical religious right group founded by ‘The Path to 9/11’ director David Cunningham that proclaims its goal to ‘transform Hollywood’ in line with its messianic vision.” 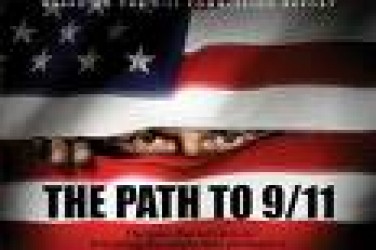 Before The Path to 9/11 went into production, Disney/ABC hired David Cunningham to direct the film. “Cunningham,” writes Blumenthal, “is no ordinary Hollywood journeyman. He is in fact the son of Loren Cunningham, founder of the right-wing evangelical group Youth with a Mission (YWAM). The young Cunningham helped found an auxiliary of his father’s group called The Film Institute (TFI), which, according to its mission statement, is ‘dedicated to a Godly transformation and revolution TO and THROUGH the Film and Television industry.’ As part of TFI’s long-term strategy, Cunningham helped place interns from Youth With A Mission’s global training network in film industry jobs ‘so that they can begin to impact and transform Hollywood from the inside out,’ according to a YWAM report Last June, Cunningham’s TFI announced it was producing its first film, mysteriously titled ‘Untitled History Project.’ 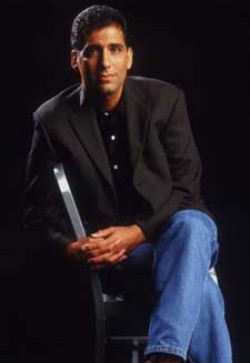 Cyrus Nowrasteh “Early on, Cunningham had recruited a young Iranian-American screenwriter named Cyrus Nowrasteh to write the script of his secretive ‘Untitled’ film. Not only is Nowrasteh an outspoken conservative, he is also a fervent member of the emerging network of right-wing people burrowing into the film industry with ulterior sectarian political and religious agendas, like Cunningham. … This June, while The Path to 9/11 was being filmed, LFF founders Govindini Murty and Jason Apuzzo – both friends of Nowrasteh – announced they were “partnering” with right-wing activist David Horowitz. Indeed, the 2006 LFF is listed as ‘A Program of the David Horowitz Freedom Center.’ Since the inauguration of Bill Clinton in 1992, Horowitz has labored to create a network of politically active conservatives in Hollywood…. The group’s headquarters are at the offices of Horowitz’s Center for the Study of Popular Culture, a ‘think tank’ bankrolled for years with millions by right-wing sugardaddies like eccentric far right billionaire Richard Mellon Scaife… “328 Scaife, of course, is a veteran state propagandist, a CIA Mockingbird. He was recruited to the CIA by Frank Bennett, who once wrote, “political warfare is warfare – not public relations. It is one part persuasion and two parts deception. The aim of political warfare … is to discredit, displace, and neutralize an opponent, to destroy a competing ideology, and to reduce the adherents to political impotence.”329 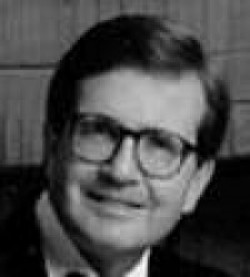 Howard Ahmanason, Jr. COULDN’T be far away. “After more than 20 years of politically-oriented philanthropy,” Blumenthal wrote in Salon, January 2004, “Ahmanson is now emerging as one of the major financial angels of the right, putting him in the company of Richard Mellon Scaife, the oil and banking heir who bankrolled the groundwork for much of the conservative movement’s apparatus.”330 Washington Post, November 6, 2003: “The Scaife and Ahmanson families are heirs to banking fortunes who have given to a range of conservative causes. Richard Mellon Scaife of Pittsburg” and the CIA “bankrolled the American Spectator magazine’s $2.4 million ‘Arkansas Project’ to turn up dirt on President Bill Clinton in the 1990s. Howard F. Ahmanson, Jr., of Newport Beach, Calif., was among the largest donors … to the Chalcedon Foundation, a California-based religious movement that calls for a theocratic state enforcing biblical law, [and] the Institute for Religion and Democracy (IRD), which share headquarters space in Washington, D.C.”331 The IRD is also largely financed by Scaife. 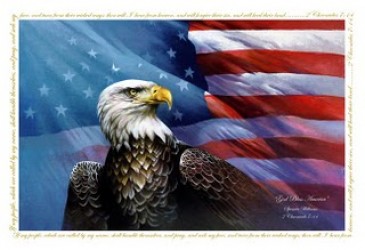 Scaife and Ahmanson, the fundamentalist-Mockingbird-Siamese-twin-from Hell-fountainheads-for-Jesus, are the dark beating heart of American “conservative” fundamentalist Christian extremism. Ahmanson is a major share-holder in ES&S, together with the Hunts, and the financial bridge to Diebold. Lisa Burks, vice president of the Arkansas NOW chapter, writes that ES&S Vice President Todd Urosevich “is the brother to the Diebold President Bob Urosevich. The Urosevich [brothers] were fronted monies to start ES&S and then what is now Diebold by extreme right-wing financier Howard Ahmanson. Mr. Ahmanson … believes that slavery is a ‘biblical right.’ There is a serious problem here that must be corrected immediately.”332 A HOUSE of corrections might conceivably suit the occasion. All that remained was a joint venture with ChoicePoint to complete the election fraud connections to 9/11 and ultimately the Comair crash: NEW YORK, Nov. 3, 2004 /BSNewswire/ – Diebold, ChoicePoint and Sproul – In a new partnership between government and business involving unprecedented interagency cooperation between the RNC/PNAC, the Patent Office, the Justice Department and the Department of Homeland Security – and funded in part by venture capital from Microsoft’s capital-markets division – have announced plans to form a joint venture to leverage core software patents and other intellectual property for the purpose of maintaining America’s strategic edge at providing ‘the best democracy money can buy.'”333 This consortium of election-fixing technologists is driven by military forces central to the covert operation known as 9/11 – not the plotline involving Islamo-fascist patsies, but the domestic, Christ-loving genus: “The mad rush to install unverifiable computer voting is DRIVEN by the Help America Vote Act, signed by Bush last year. The chief lobbying group pushing for the act was a consortium of arms dealers – those disinterested corporate citizens – including NORTHROP-GRUMMAN and LOCKHEED-MARTIN. The bill also mandates that all states adopt the computerized ‘ineligible voter purges’ system that Jeb used to eliminate 91,000 eligible black voters from the Florida rolls in 2000. The Republican-run private company that accomplished this electoral miracle, ChoicePoint, is bagging the lion’s share of the new Bush-ordered purge contracts.”334 The very idea. 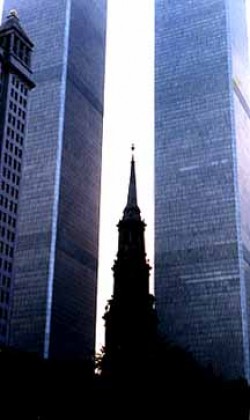 This is the hub of it all in the context of 9/11 and 5191 – a clutch of military-industrialists with fantastically deep pockets … a vicous coup disguised as an election … 9/11 … the drive to war with Iraq … neo-fascist religious fronts … the bilking of Health and Human Services … propagandistic TV movies … the Teterboro incident … the Galls’ gun-running cadre … the downing of Flight 5191 … Circumnavigate and return to the same crowd, the center of gravity. On board of General Motors, for instance – a SAM holding – you find one of the powerbrokers of military industry: Kent Kresa from Northrop Grumman. Kresa handled the most important aquisitions of Northrop Grumman. He was a force in Grumman’s Logicon TASK, a step on the path to the 9/11 covert operation. Logicon (a Northrop-Grumman subsidiary) TASK was cobbled together by Booz Allen Hamilton Inc., Titan, Boeing, EDS, manufacturer of e-voting machines, Neil Armstrong’s Veridian, and several other tech contractors. Logicon was a partner in the Eagle Alliance, the NSA-revamping group that included ACS, CACI, TRW, etc., led by Computer Sciences Corporation (CSC).335 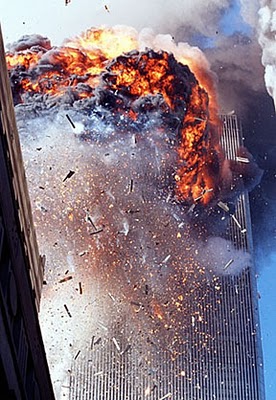 These, together with Raytheon and a number intelligence-related high-tech fronts, were instrumental in the 9/11 operation. In bestowing power upon them, ChoicePoint is a critical element here, of course, and CP is directed by Kenneth Langone, the Tricon/Yum! Brands (held by “The Path to 9/11” sponsor SAM) and former NY Stock Exchange director. (Yum! Brands began as Tricon Global Restaurants, Inc. an independent, publicly-traded company that spun-off from PepsiCo, the Tom Kean haunt – which appeared prominently in the Lexington-Seattle, terrorist gun-running chain.) Officers of these companies meet in herds at various think-tanks and corporate fronts, but most tellingly as the Center for Strategic and International Studies (CSIS), where ChoicePoint’s Langone is a trustee. [To be continued … ]