“This was a systematic genocidal attack by the North Carolina elite on the state’s weakest members ... ” 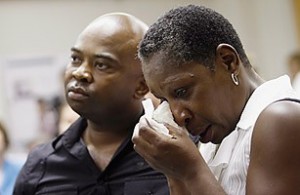 North Carolina has begun carrying out a program of reparations for victims of its forced sterilization program that ran through the 1970s.

The North Carolina Eugenics Board approved the sterilization of approximately 7,600 people between 1929 and 1974, making it the last state to end the controversial practice. A task force on the issue appointed by Gov. Bev Perdue published a final report Jan. 27 that recommended compensation of $50,000, mental health services and other educational measures to surviving victims. The state legislature will likely consider the report’s suggestions in May. ...

A blemish in state history

Following the Holocaust, the United Nations defined a form of genocide as a government “imposing measures intended to prevent births within the group.”

Most states disbanded their eugenics boards following this international proclamation. North Carolina, however, saw its single most active period of sterilization in history from 1950 to 1952. The last national case of sterilization was in North Carolina in 1974, and its laws were not officially repealed until 2003.

Nonwhites comprised 40 percent of sterilizations—some victims were as young as 10 years old, according to the report.

“This was a systematic genocidal attack by the North Carolina elite on the state’s weakest members,” Black said.

Race was a compounding factor in the southern eugenics movement, said Robert Korstad, Kevin D. Gorter professor of public policy and history. Blacks in the state were more likely to be found in lower socioeconomic levels or arrested for crimes over their white neighbors.

Despite the significance of these numbers and the far-reaching repercussions of the state’s action, the issue is not yet being taught in schools nor openly discussed at the local level, said Robert Clark, Winston-Salem City Council member. ...

Full story at The Chronicle: