"... the Heritage Foundation, a right-wing propaganda ministry that poses as a think tank. What they spend their time thinking about is how to mislead lots of people. ..." 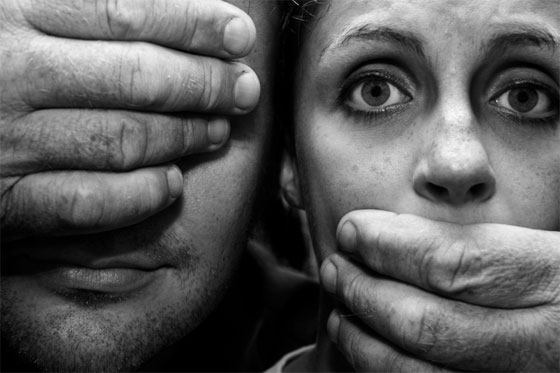 A few months ago, my neighbor gave me a couple of pages of propaganda he got from the Heritage Foundation, a right-wing propaganda ministry that poses as a think tank. What they spend their time thinking about is how to mislead lots of people. I guess the heritage they want to preserve is the fine old American heritage of lying to the public in order to preserve privileged interests.

The mailer my neighbor got was appalling in its attempt to frighten people- especially older people-into believing that the expiration of the Bush tax cuts for the wealthiest 1 percent of Americans would have devastating consequences even for people who aren't in that cushy category. According to the Heritage Foundation propaganda, "the average tax increase for over 100 millions Americans would be $1, 716 if tax cuts are allowed to expire."

Pretty scary, huh? I don't know about you, but I couldn't afford to take an additional tax hit of nearly $2 grand a year. And, of course, I wouldn't, but if I didn't look at this stuff carefully, I'd sure as hell believe I was going to get whacked that hard. The fact is, with the proposals that have been put forth by the Obama administration, I'm going to be relieved of a little of the burden of taxation while those who have benefited so handsomely are going to be made to pay a little bit more in order to address that deficit so many right wingers now seem upset about (even though they were fond of saying "deficits don't matter" back when Bush was running them up).

In addition to the bald-faced manipulation of statistics to spread fear, the Heritage Foundation material included a wholly specious "survey" intended to skew the truth beyond any recognizable relationship to reality. It's very easy to word survey questions to get almost any response pollsters want, and this so-called "survey" is like the ones Wally Herger sends out now and then, designed to get a predetermined response. It works like this. If you are polling for Tide detergent, you ask respondents if a) they'd rather buy Tide, or b) have their children go around looking like filthy beggars. People who bother to respond to that kind of poll are going to give Tide a big favorability rating. In similar fashion, the Heritage Foundation asks people questions like this:

"In 2009, Americans were paying more in taxes than they were spending on food, clothing, and housing combined. Do you believe that current levels of taxation are a) too high, b) too low, c) about right, d) not sure/no opinion."

If the premise was accurate, there would really be only one way to answer a question like that. But, of course, the premise isn't accurate, or even close to it. A moment's thought would tell anyone answering the question that the poll taker is playing fast and loose with the facts. Are you paying more in taxes than you are for food, housing, and clothing? Of course you're not. But if you simply respond to the question without much thought, you have to cough up the answer this well-funded propaganda campaign was seeking.

Here's another of the slimy questions cooked up by these advocates for the fat cats.

"According to recent estimates, if current tax cuts expire, the American people will face an overall tax hike of almost $2.4 trillion. Do you support or oppose this massive tax increase?"

Or, try this one:

"The tax relief package of 2001 provided Americans with across-the-board tax rate cuts that are set to expire. If these tax rate cuts are not made permanent, families will face a tax increase of as much as 100 percent. Do you support or oppose permanently reducing income tax rates?"

There's a lot more stuff in that vein, but the survey concludes with this question:

"Do you support efforts by The Heritage Foundation, through our respected Center for Data Analysis, to provide unbiased analysis of every important tax proposal ...?"

How distracted or stupid would someone have to be to buy this kind of phony baloney?

The truth is, if it makes its way through Congress, the expiration of the Bush tax cuts is only going to effect people making over $250,000 a year, and the reinstatement of those 2001 tax cuts aren't likely to make any impact whatsoever on a) small businesses, or b) job creation. Most of the money that has flowed into the hands of the top 1 percent of the American people through the Bush tax cuts has not been plowed back into the economy.

The wealthy are sitting on their dough, with trillions locked away, not generating jobs, but often earning lightly taxed capital gains income for people whose first priority never seems to be the good of the nation. They hate it when they're asked to pay for the system that benefits them so richly, the military that protects their interests, the schools that provide them workers, the roads that carry their goods, the civilization that taxes make possible.

Like most people, I favor lower taxes. But I also favor civilization, not anarchy. And, as the saying goes, "freedom isn't free." We have to pay for the right to live in a country that offers as much as this one does. And, because the weal-thy reap the most rewards, they shouldn't mind paying just a tiny bit more as a percentage of their income than the rest of us do.

As it stands now, they usually pay less, and they still whine about it. The greed of that tiny group at the top seems boundless. They'll never be satisfied. Which is why they underwrite propaganda campaigns and shell game operators like the Heritage Foundation.