"... The Heritage Foundation is not a 'think tank' but a simple anti-intellectual noise machine. Its goal is to persuade, not to investigate or search for truth. ... It wants to influence your opinion, not to make you think. We are their Manchurian Candidates who react to nonsense as if it were real. ..." 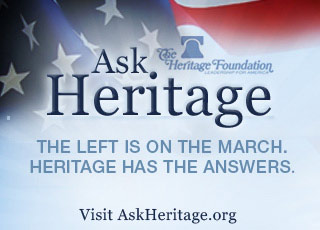 The Heritage Foundation, a “think tank,” recently issued a report that had Internet bloggers in a rage because federal employees, so Heritage claimed, earned $28.64 per hour while private industry paid only $18.27. The numbers and comparisons the foundation used border on being criminally misleading. The researchers were also able, I’m certain, to discover a federal judge makes more money than a greeter at Walmart. Almost all federal employees are white-collar employees with college degrees; the janitorial positions have been privatized.

I’m not certain what their message is. Could it be some American workers are making too much money and in a consumer-oriented economy we need people to make less money? Perhaps the federal government is evil and is paying too much in salaries. Or are they diverting our attention from something on which we should not focus, such as the great disparity between middle-class earnings and earnings of the very rich — the supporters of the Heritage Foundation?

The foundation was started by Sarah Scaife and is currently controlled by Richard Mellon Scaife. He spent $11 million of his own money in an attempt to destroy Bill and Hillary Clinton. When people so impotently spend their money, you must assume they inherited it. People who are born on third base often think they can hit. Scaife’s cohort in all of this is Joseph Coors. In other words, the Heritage Foundation is not a “think tank” but a simple anti-intellectual noise machine. Its goal is to persuade, not to investigate or search for truth.

One begins to wonder what it is the foundation would like you to ponder. I struggled with this for some time. The Heritage Foundation doesn’t care about people making $28 or $18 an hour. I finally realized it wants to influence your opinion, not to make you think. We are their Manchurian Candidates who react to nonsense as if it were real.

Perhaps my sad tale of woe can head us in the right direction. When bank stocks began to fall in 2008, I decided to beat the system and buy a bank stock. I found one that had fallen to $6 a share and bought a large position because it was paying a 15 percent dividend. Shortly thereafter, a rival bank offered $8 a share in a takeover bid, but the CEO, who had been there only about 18 months, rejected the offer. Two weeks later, on a Sunday evening, the Feds walked in and took over the institution because it was insolvent. I lost my foolish speculative investment, but the CEO who drove the institution into the ground walked away with a $29 million severance package.

Allow me to expand on this. In 1980, a family making $50,000 annually is now making $62,500. Good news? Deduct the increased cost of health care, gasoline and inflation and add the increased taxes on $12,500 more income, and you wind up with about $45,000 1976 dollars. That mythical family has lost $5,000 per year for a long time. How did people in this income bracket make do? The price of their home, if they owned one, increased and they could cash in on the equity. Now that is gone.

But we won’t stop there. The other person, who made $1.24 million in 1980, is now making $24 million per year. Wall Street tycoons don’t get bonuses based on merit; they get $400 million bonuses based on controlling the board of directors. If your 401(k) has an investment in a company that loses money but the CEO gets a large bonus, guess who pays? Hedge fund managers average between $500 million and $1 billion per year but pay taxes at the capital gains rate of 15 percent versus the marginal income tax rate of 30 percent.

A German worker works 200 fewer hours than his American counterpart but takes home more money. In Germany, a CEO makes 29 times what the workers in his or her plant make. In the United States, that number is 300 times. On the estate tax in this country, the first $7 million is exempted for a couple.

The question becomes: “How much is enough?”

Middle-income people in America have been marginalized. A number of smart people are on television daily lamenting the fact that our consumer-based economy is not forging ahead. Could it be that most middle-class people don’t have any money to spend? In 2010, U.S. companies hired enough new workers to reduce the unemployment rate to 8.2 percent. Unfortunately, they hired them in India and China.

We have seen this movie many times. We know what happened to Rome in 450CE when the income disparity grew so large; to Spain in the 15th century; Belgium in the 18th century; England in the 19th century and the United States the early 20th century. Historian Barbara Tuchman’s book “The Proud Tower includes a fascinating episode about how extravagant the British aristocracy became before going broke. A wealthy Brit walked into a train station and asked for two tickets to Manchester. The ticket master said, “I’m sorry, sir, that train left 30 minutes ago.” The Brit’s arrogant response: “Then fetch me another!” When the discrepancy between the middle- and upper-class income is so disproportionate, only bad things happen. Need I mention the French affinity for eating cake?

Ponder this: Between 1945 and 1963, America saw its greatest economic growth. Part of that was attributable to the government borrowing money and sending the returning GIs to college, the innovation in technology developed during the war effort and the renovation of Europe under the Marshall Plan. Do you know what our highest personal income tax rate was? It was 90 percent.

The point here is certain elements of our society want you to focus on something that might not be true — the $28 versus $18 per hour — so you fail to recognize a serious problem regarding the great discrepancy between our vanishing middle class and the very, very rich. The five largest Wall Street banks have set aside at least $89.6 billion in their 2010 compensation pool. Warren Buffett and Bill Gates, among other wealthy investors, frequently warn us the problem must be addressed before we suffer severe consequences. My sixth-grade teacher told me repeatedly to “pay attention,” and so should you.