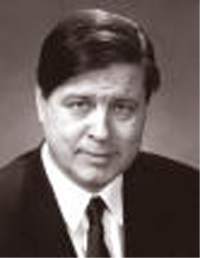 Joseph Sobran, a hard-hitting conservative writer and moralist whose outspoken antipathy to Israel and what he saw as the undue influence of a Jewish lobby on American foreign policy led to his removal as a senior editor of National Review in 1993, died on Thursday in Fairfax, Va. He was 64 and lived in Burke, Va.

The cause was kidney failure resulting from diabetes, his daughter Christina Sobran said.

Mr. Sobran (pronounced SO-brun), one of the conservative whiz kids whom William F. Buckley draft-picked for National Review straight out of college, made his mark with witty, thoughtful essays on moral and social questions. He was an unapologetic paleoconservative, opposed to military intervention abroad, big government at home and moral permissiveness everywhere.

As a conservative Roman Catholic, he made a particular target of the Supreme Court’s decisions legalizing abortion and protecting pornography as free speech. Unlike many of his colleagues, he took little interest in electoral politics or the machinery of government. At the same time, he nourished a libertarian streak that gradually took over, eventually pushing him to declare himself an anarchist.

“I much preferred a literary, contemplative conservatism to the activist sort that was preoccupied with immediate political issues,” he wrote in a 2002 essay explaining his conversion to anarchism. “During the Reagan years, which I expected to find exciting, I found myself bored to death with supply-side economics, enterprise zones, ‘privatizing’ welfare programs and similar principle-dodging gimmickry.”

In the mid-1980s he ran into trouble with Mr. Buckley for the first time after writing several columns critical of American policy in the Middle East.

Matters came to a head in 1993. Mr. Sobran, unhappy with National Review’s support for the 1991 Persian Gulf war, and with Mr. Buckley’s criticism of his writing on Jews and the Middle East, attacked Mr. Buckley in his “Washington Watch” column in The Wanderer, a traditionalist Roman Catholic weekly. 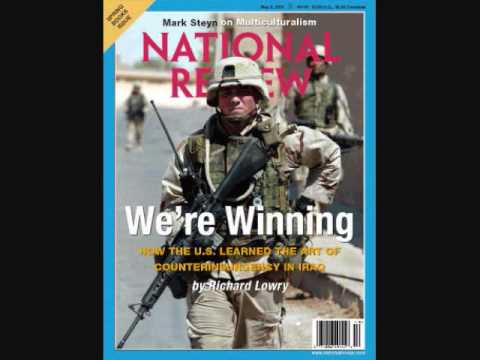 When informed by National Review’s editor in chief, John O’Sullivan, that the column amounted to a letter of resignation, Mr. Sobran was fired.

Mr. Buckley, angry that Mr. Sobran had included conversations from a private dinner that the two had had, and stung by the depiction of him as kowtowing to Manhattan’s social elite, wrote in a letter to The Wanderer that the column “gives evidence of an incapacitation moral and perhaps medical, which news is both bad, and sad,” adding that Mr. Sobran’s criticisms were “a breath-catching libel.” The two men later reconciled.

Mr. Sobran’s isolationist views on American foreign policy and Israel became increasingly extreme. He took a skeptical line on the Holocaust and said the Sept. 11 terror attacks were a result of American foreign policy in the Middle East, which he believed that a Jewish lobby directed. Not surprisingly, he spent much of his time defending himself against charges of anti-Semitism.

“Nobody has ever accused me of the slightest personal indecency to a Jew,” he said in a speech delivered at a 2002 conference of the Institute for Historical Review. “My chief offense, it appears, has been to insist that the state of Israel has been a costly and treacherous ‘ally’ to the United States. As of last Sept. 11, I should think that is undeniable. But I have yet to receive a single apology for having been correct.”

Michael Joseph Sobran Jr. was born on Feb. 23, 1946, in Ypsilanti, Mich. He studied English and American literature at Eastern Michigan University, where he earned a bachelor’s degree in 1969, and went on to do graduate work on Shakespeare, a lifelong preoccupation.

In 1997 the Free Press published “Alias Shakespeare: Solving the Greatest Literary Mystery of All Time,” an argument in support of the theory that Shakespeare’s plays were written by Edward de Vere, the Earl of Oxford.

While at Eastern Michigan, he sent letters to several professors who objected to an impending visit by Mr. Buckley, rebutting their criticisms point by point. Mr. Buckley later saw the letters and in 1972 offered Mr. Sobran a job writing for National Review.

Mr. Sobran also wrote a syndicated column for The Los Angeles Times and Universal Press Syndicate, and regularly appeared on the CBS radio series “Spectrum.” He contributed to The Wanderer, The Human Life Review, The American Spectator and other publications. In 1994 he founded Sobran’s: The Real News of the Month, a newsletter that ceased publication in 2007.

Mr. Sobran addressed social issues in his columns, especially questions pertaining to abortion, the family and marriage. Many of his essays were collected in “Single Issues: Essays on the Crucial Social Questions.”

He wrote often on the Constitution as well, and as he underwent a slow conversion to anarchism beginning in the late 1980s, he arrived at the conclusion, based on his reading of the 10th Amendment, that virtually every act of the federal government since the Civil War was illegal.

His two marriages ended in divorce. In addition to his daughter Christina, of Waterville, Me., he is survived by another daughter, Vanessa Williams of Virginia Beach, Va.; two sons, Kent, of Toledo, Ohio, and Michael, of Alexandria, Va.; a brother, Greg, of Ann Arbor, Mich.; 10 grandchildren; one great-grandchild; and several half-siblings: Thomas Sobran and Eric Sobran, both of Hingham, Mass.; Paige Sobran of Weymouth, Mass.; Evan Sobran of Duxbury, Mass.; Gray Sobran and Peter Sobran, both of Madison, Conn.; Gerald Fox of Chandler, Ariz.; Robert Fox of Ypsilanti, Mich.; and Patrick Fox of Casa Grande, Ariz.

This article has been revised to reflect the following correction:

An obituary on Saturday about Joseph Sobran, the conservative writer, misstated the manner of his departure from National Review. He was fired after criticizing the magazine’s founder, William F. Buckley Jr., in a column for another publication; he did not step down. It also misstated the distributor of his syndicated column and the publisher of his book “Single Issues: Essays on the Crucial Social Questions.” The column was distributed by Universal Press Syndicate, not United Press International, and the book was published by Human Life Press, not Griffin Communications.

Your obituary of Joseph Sobran described him as having “a skeptical line on the Holocaust” (“Joseph Sobran, 64, Writer Whom Buckley Mentored,” Oct. 2). I am unsure what it means to be “skeptical” about an established historical event. Academics, including Holocaust scholars, ask questions, examine evidence and then come to a conclusion. We go where the evidence — not ideology — leads us.

The one thing that researchers must never do is distort the evidence. Deniers do exactly that. They have repeatedly been shown to invent, fabricate and lie.

Mr. Sobran took that “skeptical” line in a speech at the Institute for Historical Review, which has a long history of engaging in Holocaust denial. In that speech Mr. Sobran called deniers “courageous” and their opponents “raving, hate-filled fanatics.”

Mr. Sobran may not have been an unequivocal denier, but he gave support and comfort to the worst of them.

The writer is a professor of Holocaust studies at Emory University and the author of “Denying the Holocaust.”