(Lyle Courtsal is the author of Violent Politics, Empowering Liberation: US Drug Wars in Cultural Perspective.) 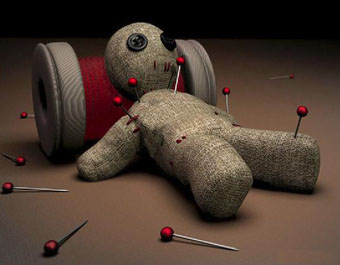 For years we heard that union-busting and economic deregulation were the saviors of the day for America during the '80s. Yeah, the rich got a lot richer than before, and they were plenty rich then. They made all kinds of claims, that these changes would amount to an economic miracle, making America "more competitive" with other nations. Somehow, though, when you put all the pieces together, it just didn't add up at all. There were a lot of things they didn't say, and that is why the situation got a whole lot worse than before, rather than better. As a matter of fact, they were running sometimes three sets of books, one for them, one for the investors, and one for the tax man. Guess which ones were faked.

The budget-cutting programs resulted in lost services and consequently lost jobs and even lost lives across the board. There were huge cuts to subsidized housing, food stamps, medical access, mass transportation, higher education, public education, survival utility upgrades, major infrastructure and cultural events. When the job losses were coupled with economic deregulation, allowing major industries to merge into fewer and fewer players in major markets, prices rose significantly for goods and services, and have not stopped rising since. Add wage-cutting and the legal theft of retirement funds when businesses reorganized, and you had a situation where, in almost exact opposition to the promises, the foundations of the economy dropped out from under the people and they were left to sink or swim on their own. Many sank.

People lost their houses and even their apartments as jobs evaporated. Killer dope was everywhere; later we found out it was allowed to flood in with revenue used to fund the death squad dictatorships that sprung up like flowers of evil all over the US sphere of influence, forced on people by the military contractors. We later found out that Kissinger and Ferguson in the State Dept. office of population affairs were going around to countries saying either you get rid of 1/3rd of your population or we are going to start a civil war and get rid of them, which they did anywhere they could get away with it. This was supported by the rest of the Bush nazis, including Romney, a "moderate" fascist. It seemed to work out that we got the opposite of whatever they promised, with that pattern of  intentional misrepresentation becoming almost unerringly predictable.

And anywhere they could get away with it, they used the bureaucracy to make survival needs for the elderly, disabled, homeless, and unemployed much, much harder to get. They did what coyotes and vultures do: They went after the weak and defenseless, culled the herd, so to speak. But remember, these are people and not animals (I think); they chose intentionally to attack where people did not care to help or even go. Watching a person slowly deteriorate over time as things go to hell around him is not a pretty sight, and most Amerikkkans are not exactly known for their fortitude in hard times. Why deal with unpleasant situations where people are in desperate need, losing everything they love, even their personhood, when you can use your contacts, turn the page, change direction and become a warmongering multimillionaire stock, currency and commodity swindler like GW Bush and his fascist ancestors? Easy, I decided, I wasn't leaving my people behind the way they did for an easy, dirty, bloody buck. I took the high, hard, lonely road and decided to blow serious holes in their lying nazi drug war.

What did we conclude? That their budget-cutting initiatives were the problem, driving the skyrocketing addiction, survival crime, homelessness and poverty rates. That the socioeconomic breakdown and consequent loss of economic potentials and diversity at the local-regional level were a direct consequence of the Bush nazis and Romneys of this world shipping the jobs overseas to slave-wage sweatshops and deregulated "business environments", where anything went; thus the reason that Union Carbide went to Bhopal, India and killed all those people with a process that was decided to be too dangerous and unstable for use in the US by publicly-funded agencies. That what was sold as a free market transformation was actually heavily-subsidized by tax breaks and giveaways for the worst and stupidest men in the state for all the usual greedy, wrongheaded, malicious reasons. They clearly decided to sacrifice the lives of their people and the possibilities of the future for an easy, dirty, bloody buck to be had scamming off in the de-regulated economy.

Mitt Romney was just one more barracuda preying in the feeding frenzy of corporate reorganization. The sharks had a $200-million/yr. union-busting consulting business built on jobs killed by the reorganizing, as corporation after corporation copped out on its responsibilities to communities. The skeletons of factories, and operations shipped overseas, were all that were left as corporations globalized on the backs of the misled and deceived taxpayers and their representatives in government and business.

Bush-Reagan ran a .5-2% asset-to-debt ratio at the major banks during this time to both fund the globalization and the militarization of business interests in the US sphere of influence. Anyone who raised a fuss about it was targeted, repressed and many times murdered off by killer, drug-funded private sector "security forces" or death squads, whether private or special ops police. There was only one problem with all this goddamn war everywhere. It was neither viable or sustainable in the long term; it's "successes" were only a figment of the fevered imaginations of it's deluded and many times misled architects. Further, there is nothing more environmentally destructive than war. Just take a look a the fuel consumption of an M1A1 tank; 1/2 mile per gallon of fuel burned, and all these goddamn nazi pukes seemed able to do was start more wars and murder off more people.

So where does Mitt the Moron go to talk and consult with about foreign policy? That mass murdering child raping nazi traitor Dick (head) Cheney. Well, my craw is already overfull of lying crap from that muthahfuckin' nazi pig; words can't describe the actual level of my complete disgust and repugnance for that mass murdering global criminal.  Didn't he blow Paul Wellstone out of the sky when Wellstone's committee blocked his next free oil war for all the wrong reasons? Yup, with two stingers just like that president in Rwanda in the way of war and nazi "progress" there. Paul Wellstone was one person worthy of leadership and heaven and that's why Cheney got rid of him.

No roadblocks would be tolerated in his quest for more ill-gotten gain. He made the bargain with the devil and the devil delivered on his terms. There was only one way and that was through Paul Wellstone. If you want more of that duplicity and madness, America, you can have it for voting in the new nazi agenda again. Because his economic policy is just more lying crap, smoke and mirrors that didn't deliver on it's promises, and that isn't going to get us through a difficult and challenging future that we now face because of those nazi pigs stealing everything that wasn't tied down, rather than growing us a viable future that takes care of everyone, not just the worst men in the state: those who use the threat of death to achieve their objectives, and killing when their initiatives are properly blocked.

Mitt Romney, as a nazi errand boy, introduced the job-killing socioeconomic context and then took advantage of it to suck the blood of America off the top with the Bushies. Don't let his nice talk and looks deceive - he will backstab you along with the rest to his gain and your loss in so many more ways than just economic. He and his stole the heart of America and ate it, gutting her in the process like the ritual cult mass killers that they all are. Stop them now or your life and our collective future is their next ill-gotten meal.

What really, really bothers me about all this is that the pig bankers got their bailout from us, then transfered it to the international economy and told us to take a hike until we conformed to their snake-oil free market structural adjustment programs that killed our economy and future. Sick, sick, sick and it's makes me sick just thinking about how many millions they have killed off already and how many billions are starving to death now.

The Bush Family: Dark Heart of the American Dream

Virginia Uranium and the Carlyle Group?