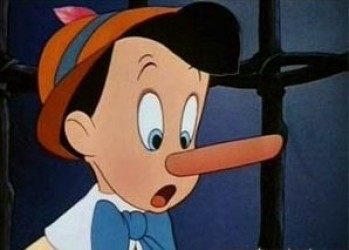 Edward Abingdon, who served as U.S. consul-general in Jerusalem during the 1990s, said the Israelis had an “agenda” and provided “selective information to try to influence U.S. thinking.”

Abingdon’s testimony took dead aim at prosecutors’ claims that the Holy Land Foundation for Relief and Development was knowingly funding terrorists instead of providing humanitarian aid.

Holy Land, once the nation’s largest Muslim charity, and five of its leaders are charged with funneling millions in illegal aid to Hamas, the Palestinian militant group that the U.S. government considers a terrorist organization.

In six weeks of testimony, the prosecution’s key witness was an Israeli government lawyer who was allowed to testify anonymously. He said many of the Palestinian schools and charities to which Holy Land gave money were controlled by Hamas.

Prosecutors presented stacks of documents including bank records of transactions with a man who later became a Hamas leader, and secret surveillance including Holy Land officials at a Philadelphia meeting of Hamas supporters in 1993.

Abingdon, whose post essentially made him the U.S. ambassador to the Palestinian Authority, testified that he was privy to daily CIA reports in Jerusalem yet was never told that terrorists controlled the groups that got money from Holy Land.

Abingdon, the first defense witness of the trial, said the U.S. Agency for International Development gave money to some of the same groups. He added that he met many officials of the charities, called zakats.

The diplomat said he had heard of Holy Land “as a Palestinian-American charity that distributed assistance to needy families in the West Bank and Gaza.”

From 1993 to 1999, Abingdon was consul-general in Jerusalem, and like others he was under orders not to have contact with Hamas.

Abingdon said the Israelis provided intelligence to the CIA, and defense attorney Nancy Hollander asked him if he found the Israeli information reliable. “No,” he answered, and she asked why not.

“I feel the Israelis have an agenda … they provide selective information to try to influence U.S. thinking,” he said.

Abingdon spent 30 years in the State Department. He resigned in 1999 and spent seven years at a Washington lobbying firm that represented the Palestinian Authority for as much as $750,000 a year. He said he never worked for Hamas.

He gave an unflattering view of Israel’s occupation of Palestinian areas of the West Bank and Gaza, citing the seizure of Palestinians’ land for Jewish settlements and arresting Palestinians for throwing rocks at Israeli military vehicles.

On cross-examination, prosecutor Barry Jonas questioned Abingdon’s objectivity, suggesting that officials in Washington considered him anti-Israeli and close personally to the late Yasser Arafat, who led the Palestinian Authority.

Federal agents raided Holy Land and shut it down in December 2001.