Why Would the Anti-Defamation League Honor Rupert Murdoch? - The Constantine Report
0 SHARES

Anti Semitism » Why Would the Anti-Defamation League Honor Rupert Murdoch?

"... Fox News has an anti-Semitism problem. Fox host Glenn Beck promoted the racist book The Red Network by Elizabeth Dilling, a Nazi sympathizer who praised Hitler, called 'Colored people' savages, and blamed Germany's anti-Semitism on 'revolutionary Russian Jews.' ... Why would a prominent civil rights organization -- one which is supposedly dedicated to fighting bigotry and discrimination -- present an award to a man whose cable network profits from race-baiting and hatred? ..." 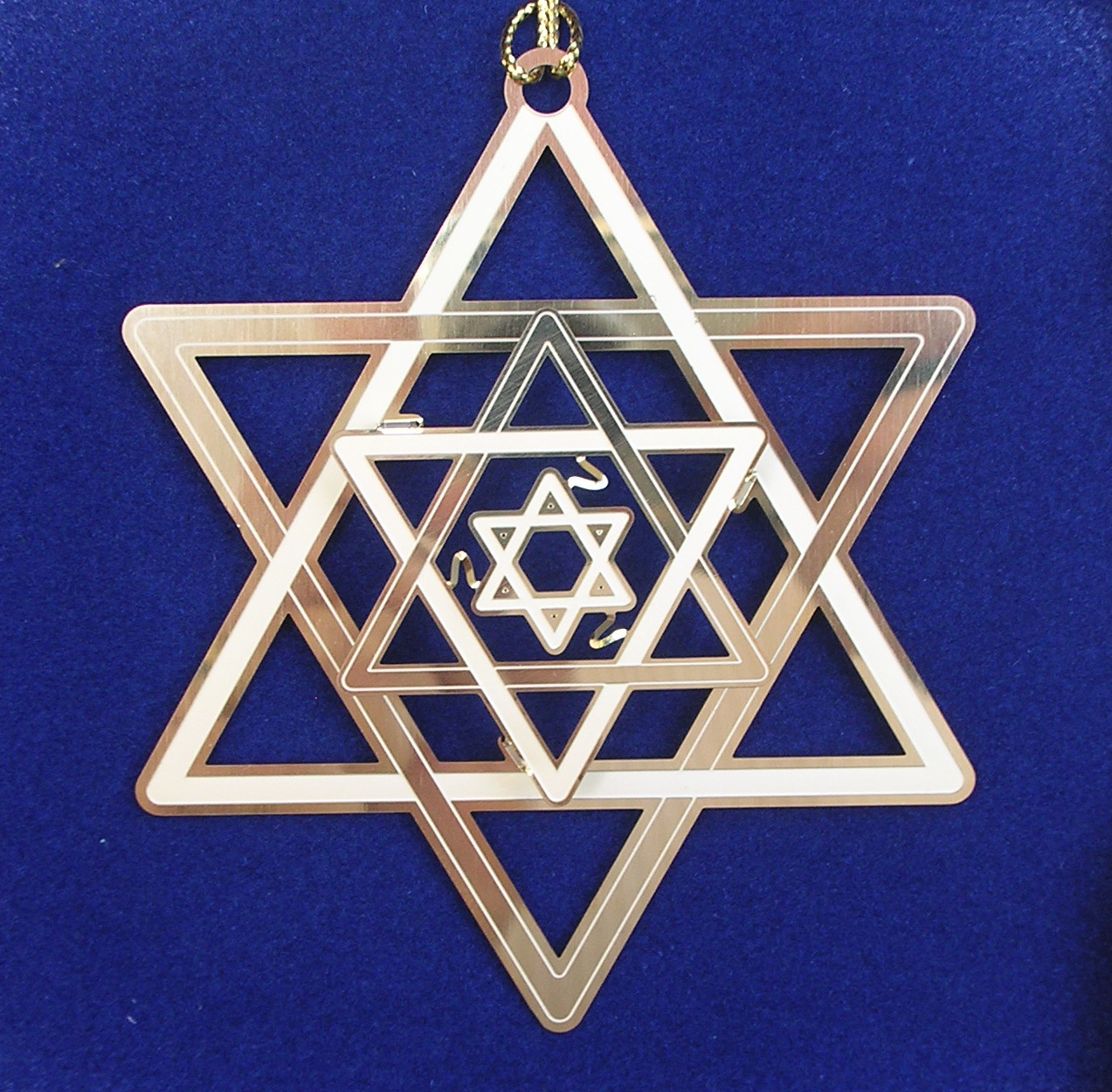 It is a valid question that demands answers. Why would a prominent civil rights organization -- one which is supposedly dedicated to fighting bigotry and discrimination -- present an award to a man whose cable network profits from race-baiting and hatred?

On October 13, the Anti-Defamation League (ADL), the nation's foremost Jewish civil rights organization, presented an award to media magnate Rupert Murdoch "for his stalwart support of Israel and his commitment to promoting respect and speaking out against anti-Semitism," according to a press release on the organization's website. In his acceptance speech, Murdoch -- who of course is the CEO of News Corp, parent of Fox News -- spoke of the "soft war" against Israel, and the "ongoing war against the Jews." Perhaps the most eye-opening part of Rupert Murdoch's speech was his assertion about the source of most of today's worst anti-Semitism: the Left.

Tonight I'd like to speak about two things that worry me most.First is the disturbing new home that anti-Semitism has found in polite society -- especially in Europe. Second is how violence and extremism are encouraged when the world sees Israel's greatest ally distancing herself from the Jewish state. Now, when Americans think of anti-Semitism, we tend to think of the vulgar caricatures and attacks of the first part of the 20th century. Now it seems that the most virulent strains come from the left. Often this new anti-Semitism dresses itself up as legitimate disagreement with Israel.

The same day, the ADL released its own blacklist of sorts, what it calls the "Top 10 Anti-Israel Groups In America." These are generally progressive peace activist groups, and civil rights and human rights organizations that are critical of Israeli government policy, and advocate for Palestinian self-determination. They include groups such as US Campaign to End the Israeli Occupation and Council on American-Islamic Relations. Also on the list is Jewish Voice For Peace, which is "the only national Jewish organization that provides a voice for Jews and allies who believe that peace in the Middle East will be achieved through justice and full equality for both Palestinians and Israelis." Now, no part of the political spectrum has a monopoly on bigotry and intolerance. And as the Southern Poverty Law Center notes, there is some anti-Semitism on the far-left, and some critics of Israel cross the line into anti-Semitism. However, criticism of Israel does not typically equal anti-Semitism, and many critics of Israel are unfairly labeled as bigots. It seems that Mr. Murdoch is painting in rather broad brushstrokes in his condemnation of the left. And he is a hypocrite as well, given the virulent anti-Semitism that viewers will find on Fox News. As Media Matters recently reported, Fox News has an anti-Semitism problem. Fox host Glenn Beck promoted the racist book The Red Network by Elizabeth Dilling, a Nazi sympathizer who praised Hitler, called "Colored people" savages, and blamed Germany's anti-Semitism on "revolutionary Russian Jews." According to Media Matters, Beck also cited an anti-Semitic smear of George Soros, and promoted Secrets of the Federal Reserve, a book by the anti-Semitic and white supremacist conspiracy theorist Eustace Mullins. In addition, Beck has hosted and associated with other controversial leaders on the right, including Larry Pratt of Gun Owners of America, Roy Beck of NumbersUSA, and Michael Hill of the League of the South. Even the ADL has said that David Barton, a so-called historian promoted by Beck, has spoken to groups affiliated with the racist and anti-Semitic Christian Identity movement. Moreover, Beck recently defended Ohio congressional candidate Rich Iott's right to wear a Nazi uniform, comparing it to "good cop bad cop" or "cowboys and Indians." So, what's really going on here? First, the ADL apparently has decided to eschew its glorious past and become a rigid single-issue organization. It has cast its lot with the neocon crowd in America who want to characterize all legitimate critics of Israel -- including progressive Jews who also believe in Palestinian rights -- as anti-Semites. The goal is to shut off all debate on the Mideast crisis. And he ADL puts itself in lockstep with a hard-right government in Israel that would erode the rights of Jew and Arab alike -- with efforts by the ultra-orthodox to define who is or is not a Jew; enforced gender segregation on public streets, a law requiring Arab and other non-Jewish Israelis to pledge loyalty to a "Jewish and democratic" state, and legislation that would criminalize minority political opposition and human rights organizations who assist refugees. Second, Rupert Murdoch has deep pockets, and I suppose the ADL will benefit from that reality. But they must hold their nose and look the other way as Murdoch's Fox News serves as the official network of the Tea Party, which the ADL itself says is a recruiting ground for white supremacists. And Murdoch has given $1 million apiece to the Republican Governors' Association and the U.S. Chamber of Commerce, doing his part to further the corporate purchase of American politics and foreign influence over elections, not to mention the outsourcing of U.S. jobs. Only two months ago, the ADL was embroiled in controversy when it spoke out against the construction of an Islamic center near Ground Zero in Manhattan. That move did much to damage its reputation and integrity as an advocate for civil rights and religious freedoms. And now, it seems the ADL has learned very little from that episode, as it just honored Rupert Murdoch of all people. The organization founded nearly a century ago following the lynching of Leo Frank has come a long way, but not in a good way. Two questions remain: Will the ADL demand that Murdoch return his award? And will Murdoch repudiate the anti-Semitism of Glenn Beck and his own Fox News network? David A. Love is the Executive Editor of BlackCommentator.com, and a contributor to The Progressive Media Project and theGrio. He is based in Philadelphia and is a graduate of Harvard College and the University of Pennsylvania Law School. His blog is davidalove.com. http://www.huffingtonpost.com/david-a-love/why-would-the-adl-honor-r_b_763630.html

Like many other countries, Israel has been manipulated by a rightwing elite that doesn’t represent the majority interest. This was difficult for me, but the truth is that 70% of israelis do not support the actions of their government like so many other peoples globally. The common thread in all this is both propaganda and deception by “trusted representatives” of such governments, like the envy who came to talk to the rightwing co-op in Port Townsend and talked them out of a boycott popularly supported. The board voted 3-2 against a boycott. Too bad for the gazans and the Palestinians again. Too bad for hopes of a nuclear free world; Israel 400 nuclear weapons and well developed bioweapons capability. Rightiwng rabbis all male calling for gazans to be killed off with biologicals last year (2010).

I’m sad to say that it looks like that the ADL has been compromised and is no longer entirely trustworthy……….keep up the good work, Alex and company. We need you.