European Journalist: ‘I was a Mossad Spy’ 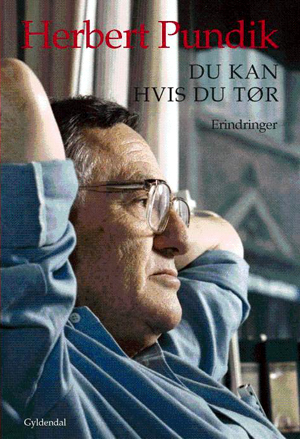 The annals of journalism are full of writers who doubled as intelligence operatives. The legendary Kim Philby wrote for The Economist. The CIA routinely used journalists as operatives in the Third World. Foreign journalists are even suspected of spying on the US state department.

One fascinating story comes out of Denmark, where the former executive editor of one of the country’s largest papers admitted spying for the Mossad for decades (Dansk).

Herbert Pundik is a Danish journalist of Jewish ancestry who served as Politiken’s executive editor from 1970 to 1993 and as a writer for both them and rival Dagbladet Information prior to that. During Pundik’s tenure, Politiken was the highest-circulation paper in Denmark; now it is the second-largest paper in the country. Information was founded during World War II by the Danish resistance movement and is still a left-leaning paper. Pundik’s story is fascinating:

“I traveled all over Africa under the cover of [being] a journalist,” said Pundik. “In general, where is the boundary between espionage and journalism? For example, I wrote a detailed analysis of the tribes in Somalia and their attitude toward political parties, I investigated the political situation in northern Nigeria. These were things that the newspaper was also interested in.”

Is that intelligence work? the interviewer pressured him. “Yes, in large part it was intelligence work, and I did it on one condition, which I was glad was fulfilled, that my reports be transferred to Denmark as well. The late Peter Isloe, who was no. 2 in the Danish military intelligence, received copies of my reports from the Israelis.”

Pundik said he did not send the reports to Isloe, but he knew Isloe received them because they were friends. “I was a double agent in a sense, if you will,” he said. “The Information was a poor newspaper and when I told them ‘pay for my plane ticket and I’ll pay for my expenses,’ it worked.” Pundik doesn’t say so specifically, but we can assume from that sentence the Mossad paid part of his travel expenses and the rest was probably paid by the media that employed him.

According to Pundik, he refused to spy on Denmark for the Mossad and quit working for the agency upon becoming Politiken’s executive editor in 1970.

Pundik, who was born in 1927 and lived through the Holocaust as a Danish Jew, has other extensive ties to Israel. Despite being Politiken’s editor, he has lived abroad in Tel Aviv since 1954, with his family staying in Israel while he worked in Copenhagen and elsewhere. He hebraized his name to Nahum Pundak on the Israeli name rolls, and his son, Ron Pundak, is the head of one of Israel’s best known thinktanks.

Read the English-language link above; this is a fascinating story and one well worth reading for anyone interested in journalism or spycraft.

But two things about Pundik’s story seem odd to us:

1. Pundik did not give the exclusive to the newspaper where he served as executive editor for more than 20 years before retiring. Instead of granting an interview to Politiken, the ex-Mossad spy/journo spoke with Lasse Ellegaard of the much smaller, niche-market Information. In this age of 24-hour news cycles, posting an “exclusive” to Politiken’s web site announcing Pundik’s Mossad past instead of letting the small paper — where he had only worked as a reporter — break the news would have been quite easy. Why deny the paper he made his home the exclusive?

2. Did the Mossad play a part in Pundik going public about his past? The agency has suffered a black eye in the realm of international public opinion following the Dubai assassination, with the Mossad standing as a proxy for anti-Israeli feelings. The news of Pundik, a widely respected figure in Demark, serving as a “gentleman spy” for the Mossad in Africa comes at exactly the same time that news of Hamas founder Sheikh Hassan Yousef’s son working as an Israeli spy has been made public. Is this part of a public relations offensive by the secretive spy agency?

3. Pundik undoubtedly wasn’t the only journalist working for the Mossad — just as other journalists undoubtedly do double-duty for other spy agencies. Who are the others?