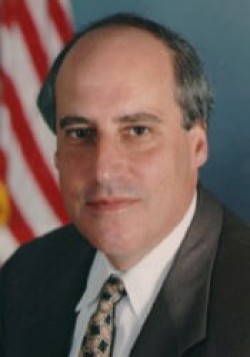 Dan Glickman, Democrat from the 4th District in Kansas, sponsored a Bill to continue the expiring regulation of the Cable Industry in the same way as it had been regulated from its inception. Cablevision (the franchisee in Wichita & its suburbs, where 95% of the population of the 4th District lives) decided to fight Rep. Glickman in the most direct way possible, both running anti-Glickman ads of their own & by providing free ads to Todd Tiahart, an extreme right-wing anti-choice Republican. Cablevision was fined by the FCC, of course, but not until after Todd Tiahart had been elected. He then, of course, joined with the Gingrich Gang in de-regulating the Cable Industry.

I know only about the case of Dan Glickman, having experienced it first hand. I wonder how many other victims of Gringrich's "Contract On America" suffered similarly at the hands of the Cable Industry. ...
http://www.democraticunderground.com/discuss/duboard.php?
az=show_mesg&forum=364&topic_id=1784920&mesg_id=1787972

Daniel Robert "Dan" Glickman (born November 24, 1944) is an American politician. He served as the United States Secretary of Agriculture from 1995 until 2001, prior to which he represented the Fourth Congressional District of Kansas as a Democrat in Congress for 18 years. He is currently the president of the Motion Picture Association of America.
http://www.answers.com/topic/dan-glickman
••••••••••••••••••••
http://en.wikipedia.org/wiki/AMC_(TV_network)

All Movie Channel. aMC is owned by Rainbow Media Holdings, LLC, a subsidiary of Cablevision Systems Corporation, and signed on October 1, 1984. ... aMC officially became available in Canada for cable customers of Shaw Cable and satellite customers of StarChoice on September 1, 2006, marking the first time the network was made available outside of the United States. Rogers Cable followed suit on December 12, 2006.
•••••••••••••••••••••
Annals of Incentive Pay

In this case, an obvious incentive to rise from the dead:

In a regulatory filing made Thursday, Cablevision disclosed that it had granted options to an executive after his death, but improperly recorded the date of the grant to an earlier time when the executive was still alive.

Cablevision didn't identify the executive but The Wall Street Journal, citing people familiar with the situation, said the options were given to Vice Chairman Marc Lustgarten, who died in 1999. The Journal said Lustgarten's estate was entitled to exercise the options upon his death.

I challenge the laissez-faire business blawgosphere: defend this compensation practice!

Records on file with the state Board of Elections on Wednesday showed Cablevision subsidiary CSC Holdings gave the huge contribution late last week to Budget Reform Now! The group is financing an effort to have New Yorkers approve Proposition 1 on the Nov. 8 ballot, a state constitutional amendment that would shift state budget-making power to the Legislature at the governor's expense. Cablevision must need a law passed in Albany.

It's not budget reform.

Perhaps New York's voters will resist being conned over the next six days. I'm skeptical. Frankly, I don't believe the taxpayers of New York fully fully grasp what's ahead. If they did, people would be rioting.

Next year, people will be rioting.

The first thing you need to know about the novel New Bedlam is that its author, Bill Flanagan, travels the world as a top executive for MTV Networks and is also the monotone-voiced music commentator on CBS (CBS ) News Sunday Morning. Both are pretty sweet gigs. The second thing you need to know is that Flanagan apparently doesn't really care about that. For he has written a biting and hilarious satire of the pressure-filled TV business, with a bevy of rich characters—eccentric, egotistical, and some practically insane—whose real-life counterparts must surely have inspired Flanagan to spoof the industry that feeds him.

The star of New Bedlam is Bobby Kahn, a hard-charging programming executive for a major broadcast network. Kahn made his career by spotting a daytime game show called I'll Eat Anything! and putting it in prime time. It became a summer-replacement phenomenon and cemented Kahn's reputation as a genius. "The more pundits howled about a new low in America's public discourse, the bigger the ratings grew," writes Flanagan.

But Kahn, we learn in the first pages, is now being canned as the fall guy in a reality-show scandal. He rushes to save face before the network publicly announces his departure. Hoping to land a job that will look as if he dictated the terms—a business turnaround in fast-growing cable, perhaps—Kahn finds his way to New Bedlam, a fictional town in Flanagan's native Rhode Island. His new employer: King Cable, a bit player with franchises in several New England states. Kahn is hired to bring new life to King's three fledgling channels, each of which is supervised by a different offspring of cable patriarch Dominic King. A malicious curmudgeon (after sleeping with a rival's wife who later reunites with her husband, he "wished he'd had gonorrhea so he could have passed it along to them"), Dom made a fortune running garages, used-car dealerships, and car washes throughout New England before he began buying up local cable franchises at the dawn of subscription TV. As Flanagan takes the reader deep into Dom's stubborn mind, you can't help but think how much the character's ambitions mirror those of real-life media moguls, including Flanagan's own boss, Sumner Redstone, the octogenarian chairman of MTV parent Viacom (VIA ), who was running movie theaters before getting into cable TV. There's also a resemblance to other cable patriarchs, including Chuck Dolan of Cablevision (CVC ) (is his son Jimmy the model for Dom's contentious son Kenny?), John Rigas, formerly of Adelphia (he ran his business from the New Bedlamesque backwater of Coudersport, Pa.), and Comcast (CMCSA ) founder Ralph Roberts (he was selling belts and suspenders when he bought his first cable franchise in the early 1960s).

The three King channels that Kahn must fix include Eureka, which strives way too hard to be a high-minded arts channel; BoomerBox, a sitcom rerun channel; and the Comic Book Channel, which is fixated on superheroes. The scenes involving Eureka offer some of New Bedlam's biggest guffaws.

At one point, Kahn learns that Eureka has aired a show about old curtains in Sunday prime time. He calls a meeting and lambastes the channel's staff: "Well, folks...in all my time in television that is the first prime time show on any channel I have ever seen achieve a total zero. Not a rounded zero. Not zero point zero two four. I chased this down. Tapestries: A History of Old Curtains achieved the rarely seen perfect box of eggs—zero point zero zero zero. If anybody left their TV on to keep the cat company and that thing came on, the cat got up and changed the channel."

Tapestries is just the first of many surprises awaiting Kahn as he tries to navigate family politics and the subtle and not-so-subtle goings-on at King Cable. (One King employee passes gas in meetings as a form of passive-aggressive protest.) Not unlike the frenetic pace of a TV executive trying to stay competitive, New Bedlam is a quick read composed of short, lively chapters. That may have something to do with Flanagan's having written the book at airports and hotels while on the fly for his TV day job.

Lots of New Bedlam's material is insidey, but you don't have to be a Variety subscriber to be drawn in. Fun interludes include quirky characters who hatch schemes to steal old Indian bones, clean out the family's scummy pond with bacteria-eating carp, and attempt to drown a raccoon that had been eating Kenny King's precious comic book collection. And who knows? Flanagan's jab at his own business could even boost his career. Maybe some hotshot programmer in the mold of Bobby Kahn will read New Bedlam and see it as a weekly TV show—on cable, of course.

"Time Warner Inc. and the Cablevision Systems Corporation are preparing to merge their planned cable channels dealing with the legal profession, people close to both companies said yesterday, Time Warner has been planning to start a service in 1991 tentatively called The Legal Channel. It is to be run by Steven Brill, founder of The American Lawyer, the magazine in which Time Warner bought a stake last year. The service would cover trials in the 44 states in which television cameras are permitted. ... "

Liberty Media Inc. is planning to create a national sports network together with NBC and the Cablevision Systems Corporation. The three companies announced plans yesterday for the creation of Prime Sports Channel Networks. If the network appeals to audiences, it could present an alternative to ESPN, the sports network that is owned by Capital Cities/ABC Inc. January 7, 1993 NEWS

How much is that tax subsidy in the window? There's nothing like cash: anonymous, a little grimy, but everyone takes it, and doesn't ask questions. Except for Mr. Clean Hands, Mike Bloomberg, who is still turning up his nose at the cold, hard green that Cablevision plunked down.

Those Cablevision folks are playing this one like Karl Rove. I foolishy predicted that they would be braying all over town if they topped the Jets. Turns out, they didn't and they did, offering the truly staggering sum of $760 million, cash, to tell the Jets to get stuffed. Their offer is noncontingent, meaning that if they never get around to building anything, the MTA keeps the scratch.

The cash is still a gross number, and includes the cost of building the platform over the rail yards, so it's likely that Cablevision would deliver about $450 million upfront, which, by someone's calculation, is the value of their near-monopoly of sports and large-arena events in the city.

Given how much they have dragged their heels on renovating the Garden, this is likely one of those Enron moments, where a craven decision to dump cash now (that may be less than the costs of renovations and lost opportunity dollars for displaced events during the renovation period) in most expeditious way to protect the monopoly and its likely extraordinary margins. Plus there's that $12 million a year in tax breaks.
http://www.missrepresentation.com/archives/2005/03/