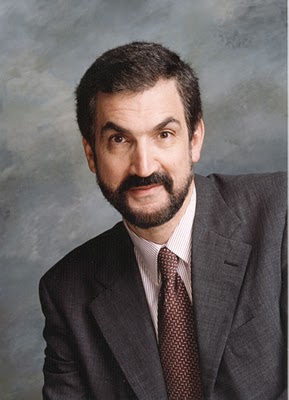 I’d like to take issue with some of your coverage of Daniel Pipes’ recent appearance at Tufts during the so called “Islamo-fascism Awareness” event sponsored by the Primary Source.

The article, written by Sarah Butrymowicz with input from Bennett Kuhn and Rob Silverblatt, noted that “before [Pipes] took the stage, about 30 students stood outside of the auditorium to express their opposition to his views. They held flyers that read ‘This is a hate-free campus’ and signs questioning ‘Islamo-fascism or Islamophobia?'”

While in fact there were 30 students who assembled at East Hall and marched down, there were more organized protesters circulating fliers initiated by Pathways-Tufts Interfaith Initiative and endorsed by numerous student groups, including the Hindu Student Council, the Muslim Students Association, Hillel, Catholic Community; the New Initiative for Middle East Peace, Office of the University Chaplain, Baha’i Students, Tufts Coalition Opposed to the War in Iraq (TCOWI), BEAT Bias, the Persian Student Association, the Protestant Student Fellowship, and the Catholic, Protestant, Jewish and Muslin Chaplaincies. The Progressive Faculty Caucus and Tufts Democrats had earlier joined TCOWI in calling for protest at Pipes’ appearance.

This was not a simple protest of 30 students outside but a wall of solidarity of some hundred students, faculty and several Tufts officials inside the auditorium. The one bearing the sign reading “Islamo-fascism or Islamophobia” was not a student but our own Tufts Chaplain, a Roman Catholic priest.

The Daily’s coverage of Pipes’ speech gives the impression that it was a moderate statement, placing the danger in “Islamo-fascism” rather than a blanket racist portrayal of all Muslims. You quote Pipes as expressing “a third answer” – a middle-of-the-road position that the enemy is not Islam itself, but “a terroristic version” of the religion.

However, what he said was far more extreme. Pipes said that are some 150 million Islamic “terrorists” in the world, making little effort to distinguish between Islamic terrorists and the “moderate” Muslims living down your street.

I am sorry if I do not follow such racist rhetoric of fear and terror. His stance as an opponent of any sort of Palestinian state, calling for “victory” over the Palestinians, shows he is just as hate-filled and misguided as those terrorists he reviles. This wasn’t a “moderate” presentation but the kind of extremist hate speech a true fascist could applaud.

Your article ended with quotes from Matthew Gardner-Schuster, the editor of the Primary Source who (in a rather strange, disoriented foreword that perplexed most of those in the audience) introduced Pipes prior to his speech. You quoted him as stating that to call this “Islamo-fascism Awareness” campaign Islamophobic is “a foolish and a baseless claim in an attempt to discredit our campaign to draw awareness to radical Islam.”

If so, the majority of people protesting and the organizations listed above seem to be accepting a baseless claim. Doesn’t it appear more likely that the Primary Source is the one pushing baseless claims and exploiting hate and fear, instead of drawing awareness to radical Islam?

Previous Article
From “Pointless” to Intolerance: Islamofascism Week
Next Article
The Iraq War is a Disaster that we have Chosen to Forget