One of the greatest protest musicians in American history took his life 39 years ago. Driven into a deep depression by both his own demons and the demoralization that faced radical leftists in the mid-70’s, Phil Ochs in many ways died with the movement.This is about a lesser-known story from Phil’s life, and of his run-ins with another significant part of the history of that time period.

Phil Ochs had said that if a revolution were ever to be possible in the United States, it would require Elvis Presley to become Che Guevara. Phil tried to take on these attributes himself, but unlike Elvis, his gold-lame suit appearance ended with him being pelted with fruit, and his attempts to make pop music were commercially unsuccessful.

On an August day in 1971, on a busy street in Santiago, Chile, Phil met the closest thing to his Elvis Guevara. His name was Víctor Jara, and not only did he have the popularity of Presley and the political passion of Che, he also had the topical-folk style of Phil himself.

But Víctor was part of something much more powerful than the Greenwich Village folk scene — Nueva Cancion. Rising alongside and within the social movements of Latin America, Nueva Cancion was political, personal, revolutionary, and exciting.

Realizing their similarities, Víctor invited Phil to perform alongside him that evening for a group of students and workers in the copper mines a few hours drive from the city.

Phil had come to Chile to find hope. At the time, the region was bursting with it. In Chile, Salvador Allende had become the first democratically elected socialist president in the world, and had begun restructuring the country’s economy to benefit the poor and dispossessed. In neighboring countries, students and workers were mobilizing for similar ends.

Chile became the beacon of this new hope for the region, like Cuba before it. There, Phil saw this new socialism and felt the hope it brought.

In Bolivia shortly after, according to biographer Michael Schumacher, he would only narrowly escape being “disappeared,” and would get a taste of the violent repression that would grip the entire southern cone two years later. Within only a few short years, Víctor Jara himself would be found riddled with bullets and piled on top of other bodies in a Santiago morgue, while half a dozen dictatorships began to collaborate together with the CIA to eradicate leftists and activists across the continent.

Many Nueva Cancion singers and songwriters of that generation were killed or driven into exile. Patricio Manns fled Chile for Cuba, where he spent decades. Inti-Illimani, a Latin American folks ensemble from Chile, was on a European tour at the time of the 1973 Coup in Chile. The group stayed in Italy for 15 years. Daniel Viglietti fled fascist Uruguay for Argentina in 1973, until another military coup drove him to France.

“All the keys were handed over to the thief,” wrote the Uruguayan journalist and author, Eduardo Galeano, who himself was exiled to Argentina and Spain, during the same period.

While hanging around in Chile, Phil and his new friend David Ifshin had been introduced to a group of student radicals from a university in Uruguay, and they invited the pair to speak at an event they were organizing in early October. By the time Phil and David showed up, the police and military were preparing for an escalation of their harsh, torture-heavy program against the Tupamaros, and against the left in general.

Uruguay was polarized between between revolutionaries and a militaristic right wing. Nueva Cancion performers and other musicians rooted in the working-class struggle were heavily repressed alongside political activists and suspected guerrillas. The members of Camerata and Daniel Viglietti were arrested, and singer Mercedes Sosa was banned from the country entirely. Singer Braulio Lopez was arrested and tortured there before being sent to prison for a year in Argentina.

Phil Ochs would be added to this list as well. Midway through his concert, the military surrounded and attacked the university, and the students fought back. When the gun fighting had stopped and the tear gas cleared, the students were ID’d and either released or detained.

Phil and David were arrested and held overnight, only to be taken in the morning to the Montevideo airport, flown to Argentina, and re-arrested there. The two had a longer stay there, in a prison of small concrete cells with no beds or mattresses. The two were interrogated and David was beaten. But he had heard from other prisoners to resist any attempts by the guards to take them to Bolivia, which, as they explained to him, meant they would be murdered and disappeared.

Eventually, Phil and David were told they would be taken to Bolivia and would be released there. Understanding the situation, they quickly hatched a plan to escape in the airport during transfer, and to figure a way onto a flight out of the country.

The plan began with an outburst by Phil, calling attention to their plight as political prisoners and their impending murder.

Argentina was not yet a military dictatorship, so the commotion required some degree of public relations on the part of the soldiers. A British embassy worker overheard Phil’s cries, as did airline employees in the airport. Soon, their captors agreed to allow the pair to buy tickets on a flight to Peru, claiming they were only escorting them to freedom anyways.

The flight, they soon found out, would first stop in Bolivia. Once in the air, the pilot came back to Phil and David’s seats to talk to them and understand what their situation was. He told them that he had been instructed to make sure the two get off the plane in Bolivia, and told them that there would be police waiting there to take them into custody.

After explaining their situation, the pilot instructed them to stay put upon landing. “This kind of stuff happens,” he told them. But “they can’t board an American carrier,” he insisted.

The plane touched down in La Paz, and sure enough, it was surrounded by Bolivian military jeeps. The pilot, however, was right. After an extremely tense hour, the plane departed for Lima, Peru, where Phil and David, to their surprise, passed through customs without a problem. The nightmare seemed over, but the next day student comrades received word that the pair was being tracked in Lima as well. “Don’t go back to your hotel,” they were told them. “The police forces all work together [down] here.”

They were right. Bolivia fell to the military in 1971, Uruguay in the summer of 1973. A few months later, Allende’s hopeful Chile would be overthrown by the fascist General Pinochet with the direct military assistance of the CIA. Argentina fell in 1976, initiating the “Dirty War.”

By 1975, the collaboration between the security forces of Uruguay, Chile, Brazil, Bolivia, Paraguay, Argentina, Ecuador, and Peru was officially dubbed “Operation Condor.”

Designed and overseen by the CIA and bankrolled by the Ford and Reagan administrations, the “Condor Years” saw brutal repression, “disappearances,” and mass-executions tens of thousands of activists, workers, intellectuals, and artists, and harsh prison sentences for countless more.

Phil Ochs had escaped South America and was in Africa when he heard of the brutal murder of Víctor Jara. He was crushed by the news, as he was crushed by the entire backlash facing so many people of his generation who had risen in the name of political and economic justice.

One of the last ventures of Phil’s career before his 1976 suicide was a large concert in New York called “A Night with Salvador Allende.” The concert featured Bob Dylan, Joan Baez, Arlo Guthrie, Pete Seeger, Melanie, Dennis Hopper, Dave Van Ronk, and members of the Beach Boys, and featured a reading of Salvador Allende’s final speech. Allende’s widow Hortensia de Allende and Víctor’s widow Joan Jara both sat in the crowd.

Can’t be singing louder than the guns when I’m gone,
so I guess I’ll have to do it while I’m here. 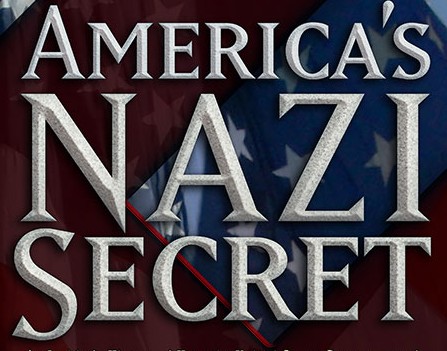