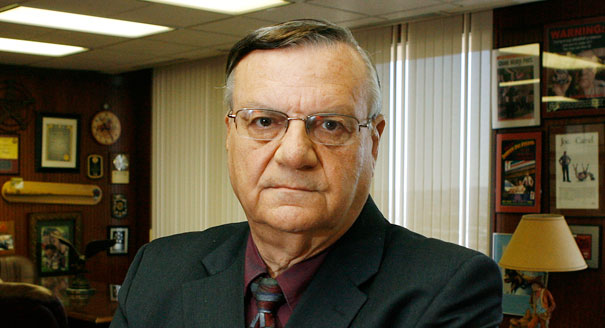 Parraz, a former union official seeking his party’s nomination for Senate, delivered a lawsuit to the Maricopa County Sheriff’s Office on Tuesday for a wrongful arrest in 2008. The suit seeks damages for abuse of process, malicious prosecution, among other charges, according to a copy of the complaint obtained by POLITICO. It was originally filed on Aug. 5, then refiled Monday to reflect several technical changes, said Parraz campaign manager Michael Trujillo.

The suit comes in response to a 2008 incident in which Parraz, protesting Arpaio’s actions outside a Maricopa County Supervisors’ meeting, was arrested. At the time, Parraz had just created the group Maricopa Citizens for Safety and Accountability, which regularly spoke out against Arpaio and his tenure as the self-proclaimed “America’s toughest sheriff.” A judge dismissed Parraz’s case.