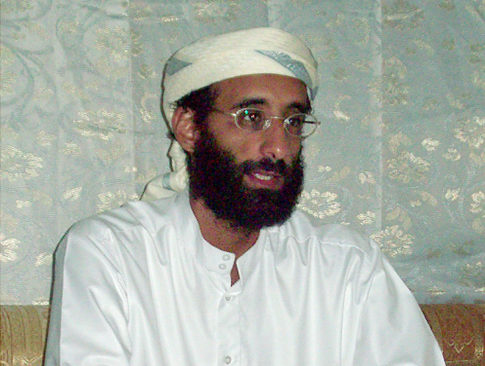 Anwar Al-Awlaki, whose name rose to fame after being linked to the Fort Hood shootings and the Christmas Day bomb attempt on a Detroit-bound plane. Awlaki is also suspected of inspiring the failed Times Square bomber Faisal Shahzad. The luncheon was meant to ease tensions with Muslim-Americans after the terror attacks. “It’s clear at the time (when the Pentagon was reaching out to Muslims) that no one here knew of any terrorist ties Awlaki may have had,” a senior Pentagon official told NBC News. The details of Awlaki’s attendance surfaced during the FBI’s investigation of the Fort Hood massacre, where Maj. Nidal Hasan, a purported acolyte of Awlaki’s, is accused of mowing down 13 people. Fox News first reported Wednesday that a Pentagon employee invited Awlaki to the luncheon after watching him deliver a speech in Arlington, Va. “At that period in time, the secretary of the Army (redacted) was eager to have a presentation from a moderate Muslim,” according to documents obtained by Fox News. Earlier this year, Awlaki, 38, became the first American to be placed on the CIA’s target list since 2001. He’s believed to be hiding in Yemen. http://www.nydailynews.com/news/national/2010/10/21/2010-10-21_anwar_alawlaki_radical_islamic_cleric_wanted_by_the_cia_ate_lunch_at_pentagon_af.html?r=news/national#ixzz132cdS4N6

Fort Hood Shootings: Is the CIA Controlling the Investigation and Trial of Nidal Hasan?