" ... In June 2009, he described the economic crash in the housing, banking and automotive industries as 'contrived' and a 'set up by the Obama administration.' ... In a rambling exchange during a TV interview, Broden, a South Dallas pastor, said a violent uprising 'is not the first option' but it is 'on the table.'  ... " 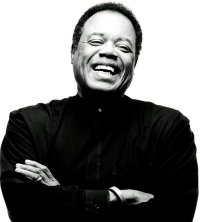 WASHINGTON — Republican congressional candidate Stephen Broden stunned his party Thursday, saying he would not rule out violent overthrow of the government if elections did not produce a change in leadership.

In a rambling exchange during a TV interview, Broden, a South Dallas pastor, said a violent uprising “is not the first option” but it is “on the table.” That drew a quick denunciation from the head of the Dallas County GOP, who called the remarks “inappropriate.”

In the interview, Brad Watson, political reporter for WFAA-TV (Channel 8), asked Broden about at a tea party event last year in Fort Worth in which he described the nation’s government as tyrannical.

“We have a constitutional remedy,” Broden said then. “And the framers say if that don’t work, revolution.”

Watson asked if his definition of revolution included violent overthrow of the government. In a prolonged back-and-forth, Broden at first declined to explicitly address insurrection, saying the first way to deal with a repressive government is to “alter it or abolish it.”

“If the government is not producing the results or has become destructive to the ends of our liberties, we have a right to get rid of that government and to get rid of it by any means necessary,” Broden said, adding the nation was founded on a violent revolt against Britain’s King George III.

Watson asked if violence would be in option in 2010, under the current government.

“The option is on the table. I don’t think that we should remove anything from the table as it relates to our liberties and our freedoms,” Broden said, without elaborating. “However, it is not the first option.”

“It is a disappointing, isolated incident,” Neerman said. He said he plans to discuss the matter with Broden’s campaign.

Ken Emanuelson, a Broden supporter and leading tea party organizer in Dallas, said he did not disagree with the “philosophical point” that people had the right to resist a tyrannical government.

But, he said, “Do I see our government today anywhere close to that point? No, I don’t.”

Emanuelson said he’s occasionally heard people call for direct action against the government, but that they typically do not get involved in electoral politics.

That Broden is ”engaged in the election and running for office shows he’s got faith in the system as it is,” Emanuelson said.

Also in the interview, Broden backed away from other controversial statements he’s made at rallies and on cable news appearances.

In June 2009, he described the economic crash in the housing, banking and automotive industries as “contrived” and a “set up” by the Obama administration.

Asked Thursday about the validity of these, Broden said they were “authentic crises facing this nation.”

Broden also retreated from other remarks last year chided Americans for not being more outraged over government intrusion, comparing them to Jews “walking into the furnaces” under the Nazi regime in Germany.

“They are our enemies and we must resist them,” he said of government leaders.

Broden said Thursday he wasn’t trying to compare President Barack Obama to Hitler and he mistakenly linked the U.S. in 2010 to Nazi Germany.

In the uphill campaign against Johnson, Broden has sought to capitalize on her misuse of scholarship funds from the Congressional Black Caucus Foundation, a non-profit entity.