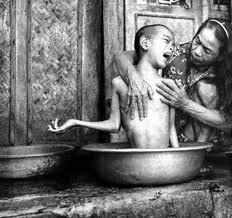 In last month’s blitzkrieg tour of Central and Southeast Asia, two of the four stops made by United States Secretary of State Hillary Clinton share the unfortunate bond of enduring an invasion by US air and ground forces. In the space of a few days, Clinton visited Vietnam and Afghanistan, thus physically linking what had once been and what has now become the United States’ longest war. One of the more insidious links that tie these conflicts together was highlighted in a few of the news stories about Clinton’s trip. That link, in a word, is agri-business.

The big news of Clinton’s visit to Vietnam was her reproach of the government’s human-rights record. As Jim Arkedis pointed out on ProgressiveFix, the secretary of state’s mention of human rights was more a talking point than anything else – something to be noted before moving on to bigger priorities of security agreements and trade relations.

The State Department’s strategy for dealing with the sticky issue of human rights in the region was to beat us critics to the punch, underscoring US efforts to ameliorate the effects of one of the nastiest and longest-lasting forms of devastation forced on the Vietnamese during the war: the chemical dioxin, otherwise known as Agent Orange.

Between 1961 and 1971, an estimated 3 million Vietnamese were exposed to Agent Orange, a chemical defoliant that was primarily intended to make targets more visible, as well as destroy the agricultural infrastructure of the insurgency. Hundreds of thousands of Vietnamese, as well as thousands of American soldiers, developed cancer and other illnesses as a result.

The damage of Agent Orange has been passed down to the children of these victims. At least 150,000 of them have been born with missing limbs, deformed faces, developmental disabilities, and other serious birth defects. Some areas around the military bases where dioxin was stored still have dangerous levels of Agent Orange in their soil, posing a continuing threat to the environment, animals, and people of those communities.

The use of this devastating weapon was made possible by a partnership between the US government and US chemical companies. During the Vietnam War, seven major US chemical companies produced Agent Orange, including Dow Chemical Co, Thompson Chemicals Corp and Monsanto Co, and sold it to the US government for military uses. Despite the profits earned by these companies from their role in this massive and ongoing tragedy, Monsanto and others have managed to escape full accountability for the effects of their products.

In 1984, a class action lawsuit brought by US veterans who had been exposed to Agent Orange resulted in a $180 million settlement with the chemical companies in exchange for a no-fault finding and pre-emption of future suits from the claimants.

Two-and-a-half decades later, the US government has finally reopened the issue and for the first time turned its attention to the people of Vietnam. Thanks to the leadership of Vietnam veteran and Democratic Representative Eni Faleomavaega of American Samoa, the US Congress held its first hearings on Agent Orange that focused on the Vietnamese victims in 2008.

A second hearing was held in 2009 and a third on July 15, when, for the first time, congress heard testimony from a Vietnamese victim – Tran Thi Hoan – who was born without legs and with a missing hand due to her mother’s exposure to dioxin. A week before this summer’s hearing, senators Tom Harkin (Democrat, Iowa), Bernie Sanders (Independent-Vermont), and Al Franken (Democrat-Minnesota) visited Vietnam and toured Agent Orange treatment centers in and around the central coastal city of Danang.

In actual dollars, the results of such renewed attention have been relatively meager. Since 2007, congress has earmarked $3 million annually for Vietnamese victims of Agent Orange. This is, in the words of Faleomavaega, “a pittance”. The Ford Foundation has developed a $300 million clean-up plan underwritten mainly by the US government. To nobody’s surprise, the check has yet to arrive.

The United States has failed to put its money where its mouth is. But at least it is admitting responsibility. Meanwhile, the corporations that benefited have not even done that much, and Monsanto places all the blame on the US government.

This position was backed by the pro-corporate US Supreme Court in 2009, when it ruled that the companies manufacturing Agent Orange were not responsible for its effects, since they were only carrying out the instructions of the government. In effect, the Supreme Court ruling sets the precedent that there can be no such thing as a corporate war crime, so long as the US government legally underwrites the military-industrial complex.

For its part, since Vietnam, Monsanto has moved to change its image, no longer producing chemicals that help kill the enemy, but instead seeds and other agricultural products that help feed the world and turn fence-sitters to our side in sites of conflict. Figuring out how to help farmers in war-torn areas is a big part of this business, as are those sweet contracts with the US Defense Department that flow from it.

Agri-business and the spoils of war

Herein lies the connection to the other big news story of Clinton’s trip. Last Tuesday, when she touched down in Kabul for a meeting of the 70 nations giving aid to Afghanistan, Clinton announced, in the voguish verbiage of today’s foreign policy establishment, a “surge” in civilian efforts.

This is a fancy way of assuring the Afghans and the international community that the US counter-insurgency war is about much more than drones and fire fights. The United States, she insists, is committed to making Afghanistan a better place for the Afghan people. This policy is also about making profits better and better for Monsanto and other big agriculture companies.

As a prelude to Clinton’s trip to Kabul, National Public Radio’s Marketplace aired a story highlighting one of the many promising aspects of the non-military side of the US presence in Afghanistan. The story featured the National Guard’s Agri-business Development Team, which has been touted as one the wars “quiet successes”. The program is supposed to help Afghan farmers incorporate scientific and technological innovations into their farming practices to make them more efficient and sustainable.

Monsanto is a key participant in the program. In addition to contracting with the US government, it has hosted Afghan agriculture officials at its headquarters in St Louis, Missouri.

While Monsanto has kept a low profile in all of this, US Secretary of Agriculture Tom Vilsack, who is a friend of big-business agriculture, has been less than quiet about who stands to benefit from this kind of program. In his interview with NPR, he expounded on how US agri-business would eventually profit from the work of the Agricultural Development Teams:

If we can grow a middle class in Afghanistan and if we can create wealth and opportunities through agriculture, through their own exports, then eventually they will need more of our agricultural products. They may begin to consume more meat, for example. So that might increase beef exports, for example. So building a middle class through a strong agriculture helps our producers eventually by creating additional markets that don’t exist today.

I’m not sure quite where to start … with the absurdity of believing that the United States can whip up a middle class in Afghanistan, or with the audacity of presuming that corporate agri-business should be profiting from the war there. Then again, the latter would be more the norm than the exception. Before leaving Iraq, US administrator Paul L Bremer issued a directive that protects the intellectual property rights of genetically modified seeds. With this protection, Monsanto and other big agri-companies can go to Iraq, advertise the wonders of their seeds, then charge expensive licensing and renewal fees.

Big agri-businesses realize that bringing local farmers from war zones into the agri-business system of production and consumption is good for business and, with the some exceptions, good for reputations. This is what, in the language of neo-liberalism, we call a win-win situation. Thanks to the over-reaching of big-agri corporations through the World Trade Organization and other neo-liberal institutions of international trade over the past decade, however, the circle of critics continues to grow and strengthen. Indian activist and philosopher Vandana Shiva, who has led the fight against agri-business’ destruction of local farming and the environment in India and elsewhere for over two decades, has now become a regular in the mainstream international press. In January, she even appeared on CNN to discuss the plight of Indian farmers who are deeply and forcibly indebted to agri-business, and thousands of whom have committed suicide out of desperation. Shiva effectively challenges the notion that the big agricultural companies are spreading peace and prosperity around the world. “Pesticides,” she says, are “the real weapons of mass destruction.” There is no reason to believe that the outcome in Afghanistan will be any better for small farmers there than in India. Unfortunately, for all of their suffering, these individuals and their families will not be seen as victims of war crimes or human-rights abuses.

Until we figure out a way to implement international accountability into the military-industrial complex, it is unlikely that big business will ever promise compensation, let alone actually pay, Afghan farmers for the destruction of their poppy crop or for the thousands of individual economic, ecological, and human tragedies that will likely ensue from big agri-business’ war in Afghanistan.

Hannah Gurman is an assistant professor at NYU’s Gallatin School. She teaches and researches widely on issues of US foreign policy and American culture. Currently, she’s researching the return of counter-insurgency in the American military establishment.