NukeGate: American Uranium Pops Up in the Philippines - The Constantine Report
0 SHARES

NukeGate: American Uranium Pops Up in the Philippines

The Latest Heinous Twist in the NukeGate Scandal: American Uranium Bricks Smuggled to the Philippines

Whistleblower Wikileaks today released a confidential cable from the United States embassy in London linking the Philippines to possible smuggling incident of nuclear and other radioactive material. The memo was dated November 21, 2007 and was marked as “sensitive”.

... The US embassy in London said that

This is quite alarming. The memo raises a lot of questions on how and why there would be uranium bricks in Philippine territory. We are a country does not allow nuclear weapons, nor do we operate any nuclear power plant, nor do we allow the storage of nuclear material. At least officially, that is.

The nuclear material “formerly belonged” to the US according to the leaked cable.

We can only think of a few American entities in the Philippines that are nuclear-capable. These are the US troops, like those based in Mindanao and elswehere. The question is, what are the US forces doing with nuclear material in our country? Under the VFA, Philippine authorities are not allowed to inspect the warships of the US forces. The US commanders merely issue a general statement certifying the contents of the vehicles. ... 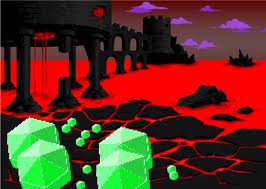 MANILA, Philippines—Militant groups assailed the Department of Foreign Affairs Thursday for "playing dumb, if not being plain dumb" by shrugging off a 2007 report from the US Embassy in London on alleged smuggling of uranium out of the Philippines.

Uranium is a radioactive material used in the manufacture of weapons of mass destruction and generation of electricity, among others.

The Nov. 21, 2007 embassy memo, which was addressed to the US State Department, was released on February 2 by the online whistle-blower WikiLeaks.

The head of the League of Filipino Students, Terry Ridon, said that "for the DFA to shrug off the issue is a clear dereliction of its duty."

Ridon pointed out that "the leaked report is a verified and classified material. Definitely, it has clear basis."

"If the transit and smuggling of nuclear materials are true, it should be stopped immediately as it constitutes a serious threat to our national security, and violates the nuclear ban provision of the Constitution," he said.

Youth party-list Representative Raymond Palatino said the DFA "should have raised the issue with the US and demanded a clarification from them."

"The DFA should remember (President Aquino's) speech that the government's boss is the Filipino people, not the Americans," said Palatino.

He asked the foreign office to "stop speaking in behalf of the Americans."

Renato Reyes Jr., secretary-general of the Bagong Alyansang Makabayan (Bayan), said the DFA "may only be trying to explain their ignorance of the supposed leaked cable."

"By ignorance, I mean the DFA doesn't seem to know anything of the incident, or that they were left in the dark by the US.... National interest is at stake when nuclear materials are allegedly found in Philippine territory," said Reyes.

According to the Bayan leader, "the least the DFA could do now is to confirm whether or not they knew of the incident and if they acted on it."

"They can't just shrug it off," Reyes added.

Former party-list Rep. Satur Ocampo said he believes the DFA "should have asked the US embassy here for verification and explanation if the uranium was indeed US property."

"Since WikiLeaks disclosures have been largely, if not totally proven to be factual, the DFA should have expressed concern over the reported uranium smuggling," added Ocampo, now member of the board of the human rights group Selda.

The other day, DFA spokesman and Assistant Secretary J. Eduardo Malaya said "generally, we do not wish to comment on the contents of another government's internal communications."

"The information in this particular memo is also so raw and unverified," Malaya told the Inquirer.

Earlier, Malaya said "the best-case scenario is that there would be nothing in there that we do not know about, as of the moment." He also said if any embarrassment should result from the release of the classified US embassy cables, it would be "from the end of the Americans."

For her part, Rebecca Thompson, spokesperson of the US embassy here, said that "the US government does not comment on materials, including classified documents, which may have been leaked."

Dear People, My mother died december 2008 of medical conditions related to her exposure in 1943; an aboveground nuclear test she said. She had leukemia and hypothyroidism that ended her life 20 years before it should have. She was hugely depressed most of her life, a consequence of the hypothyroidism and of course she was not interested in the alternative/complementary therapies that may have saved her life and were legal at the end of her life for use in the US. I will not forget that ever. She was better than most; more generous, more moral, more kind than most and she is missed now. She told of that metallic taste in her mouth; a sign of a high level exposure in her prime formative years. Another woman was told by a british doctor that she would have been 5’11” if she had not been irradiated and chemically exposed at a number of military bases (SAC). She was 5’6″ and hugely abused by a number of psychopaths in the US, starting with the stepfather. It is and always will be heartbreaking for me as long as I live.